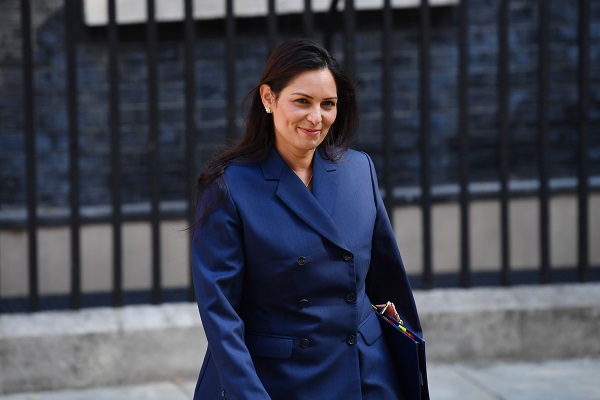 THE UK government has announced a further extension of all expiring or expired visas of foreign nationals unable to return to their home countries due to the coronavirus pandemic, until end of July.

The extension, initially announced until May 31, will apply to anyone whose leave to remain in the UK expired after January 24 and are unable to leave the country because of travel restrictions or self-isolation.

Home Secretary Priti Patel said: “By extending people’s visas further, we are giving them peace of mind that they are able to stay in the UK until the end of July if they are unable to leave the country safely.

“This is one of a number of unprecedented measures the government has made to support people during this time, however, as we begin a cautious return to normality those currently in the UK on expired visitor visas should return home as soon as possible.”

The Home Office said on Friday (23) that while extension is offered to help all who are unable to get home prior to 31 July, those currently in the UK on temporary visas, such as visitor visas, should return home as soon as it is safe and possible to do so. It said that a dedicated coronavirus immigration team is continuing to work with individuals to make the process as “straightforward” as possible.

“Those who contact the Home Office for these visa extensions will be expected to return to their home countries as soon as possible once flight and border restrictions are lifted. No immigration enforcement action will be undertaken during this time for those who email the Home Office as outlined above,” the Home Office said.

“To help those who want to apply for visas to stay in the UK long-term, the Home Office is also extending the in-country switching provisions until July 31.”

This will mean people can apply to switch into long-term routes whilst remaining in the UK, usually possible only from outside Britain.

Many foreign nationals have found themselves unable to return home since the outbreak of coronavirus due to flight cancellations and border restrictions.

In light of the current advice on self-isolation and social distancing, the Home Office said it is also waiving a number of requirements on visa sponsors, such as allowing non-EU nationals, including Indians, here under work or study routes to undertake their work or study from home.

The UK announcement came as the Indian external affairs ministry some Overseas Citizenship of India (OCI) card holders to be able to access the Air India repatriation flights being scheduled between London Heathrow Airport and various cities in India.

OCI cardholders with an emergency in India and university students are among those who will now be able to access these flights, so far restricted only to Indian passport holders.