UK announces 17 more flights to bring back 4,000 passengers from India 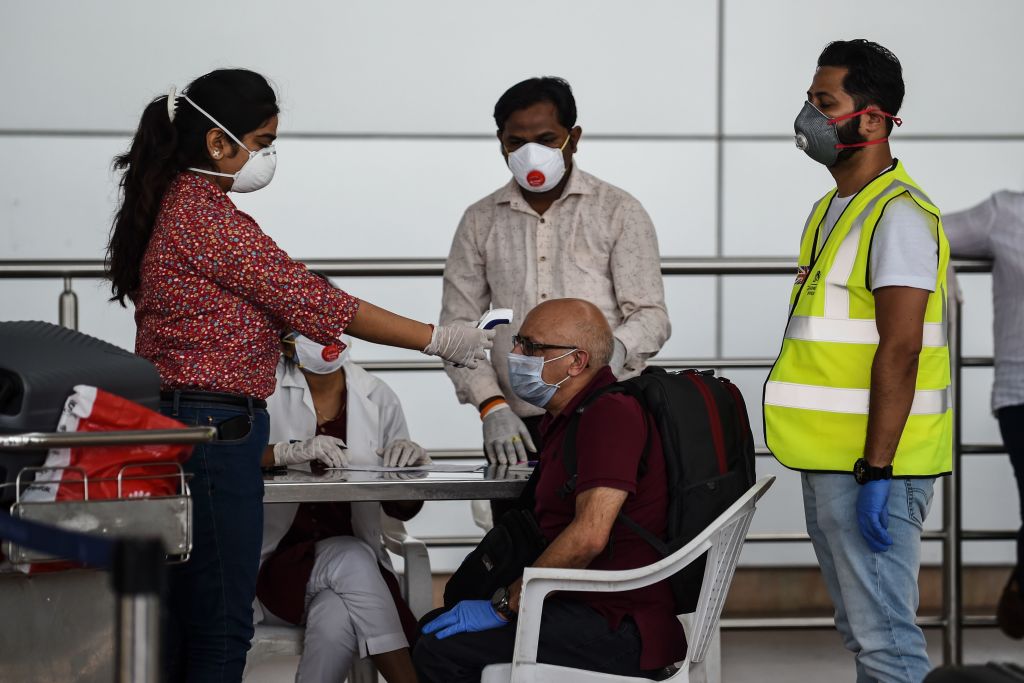 A doctor checks the body temperature of a British national before boarding a special British Airways flight at the Sardar Vallabhbhai Patel International Airport in Ahmedabad on April 13, 2020. (Photo: SAM PANTHAKY/AFP via Getty Images)

The UK government has announced 17 more charter flights to bring back British citizens stranded in India.

The flights, with a total capacity of about 4,000 passengers, will operate from key cities across India.

The Foreign Office said the “most vulnerable” and those “already on waitlists” will be given priority for the seats priced between £537 and £591.

The flights have been scheduled as follows:

The Foreign Office’s Minister of State for South Asia and the Commonwealth, Lord Tariq Ahmad, thanked the Indian government and state authorities with a “Danyawad ” for their “continued cooperation”.

“We know this is a difficult time for British travellers and there is great demand for these flights,” he said in a statement.

“This is a huge and logistically-complex operation, and we are working tirelessly with the Indian Government and state authorities to help more British travellers get home.”

With the operations, the the total number of chartered flight from India will be 38, said the Foreign Office.

The 21 charter flights that had been announced earlier (April 8 to 20), were expected bring back over 5,000 British nationals.