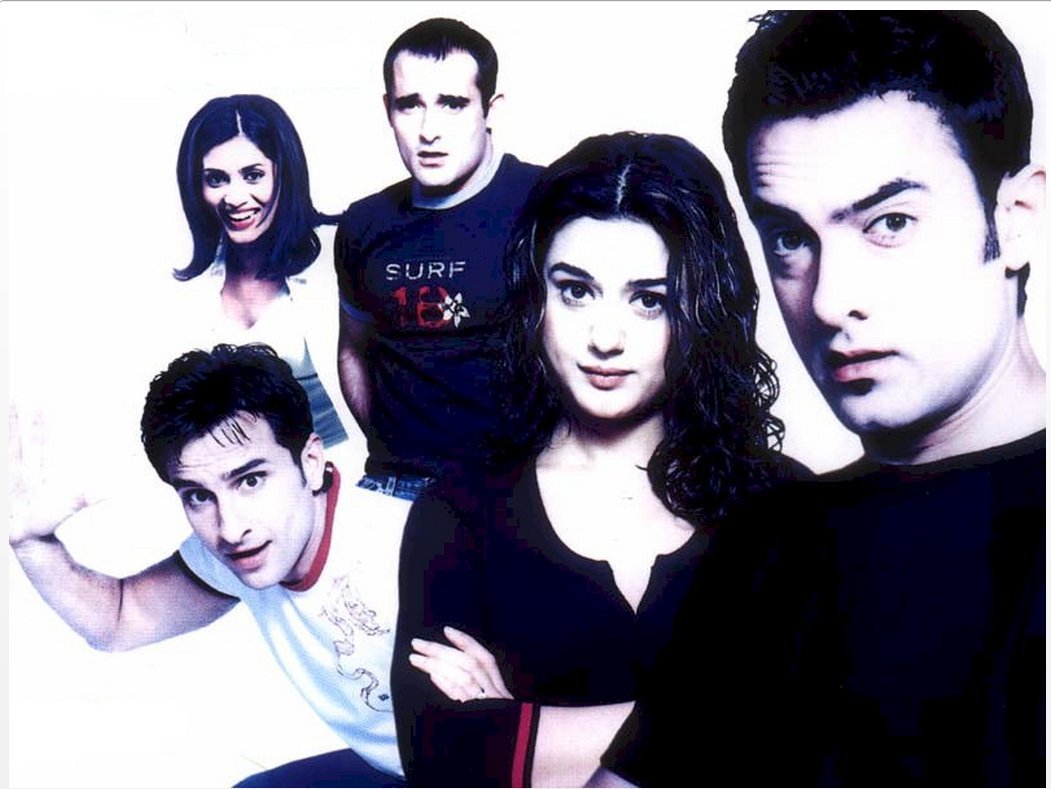 THIS week marks the 20th anniversary of path-breaking Bollywood film Dil Chahta Hai. The directorial debut of Farhan Akhtar became a huge global success when it released on August 10, 2001, and was a huge gamechanger that dragged Hindi cinema into the 21st century.

Eastern Eye decided to mark two decades of the delightful coming-of-age film by finding fascinating insights that have been given from those involved across the years. From those working behind the scenes to the lead stars, they have all given a deeper dive into Dil Chahta Hai.

Farhan Akhtar: “At first it was just the story of Akash and his girlfriend and their divergent views on love. But as I worked more on the story, I felt this script wasn’t exciting or different enough. The other characters, as his friends, were sketchy, the way they are in every film. No one really knows what happens to the hero’s friends in our films. So, I started developing their characters and that sort of changed the whole concept. Gradually, Akash and Shalini almost became a subplot as the story began to pivot around the three friends.”

Aamir Khan: “Going from Lagaan to Dil Chahta Hai was a dramatic switchover for me. I had to unlearn many things. This performance asked for a fresh and casual approach.”

Preity Zinta: “Dil Chahta Hai was a unique experience and shoot for me because (my character) Shalini barely had any dialogues to express herself. She was an introvert. Shy, quiet and soft. Her eyes communicated her silent strength. On screen, it’s really tough to perform when everyone has the funniest lines and you need to be unaffected and serious. Dil Chahta Hai and Shalini taught me to centre myself and express myself without holding on to words.”

Akshaye Khanna: “I always told Farhan that wait till all of us are 50 plus and then make Dil Chahta Hai 2. It will be fun; it is no fun if you make it after 10-15 years.”

Saif Ali Khan: “It was the first time we had a character wearing three-quarter length jeans, having gel in their hair, modern t-shirts and saying things that people normally say. The film really broke the mould. Dil Chahta Hai changed how films were made.”

Shankar Ehsaan Loy: “Dil Chahta Hai was the most satisfying soundtrack because we could use a lot of our non-film influences, and because it established us as composers who are completely different.”

Shaan: “Dil Chahta Hai’s success was extremely important for me because till then I believed that something had jinxed my movie soundtracks. No matter how super hit my songs were at that time, the movies didn’t do so well at the box office. So, I was really hoping for this curse to break and that happened with Dil Chahta Hai.”

Sonali Kulkarni: “I absolutely loved working with Zoya Akhtar, Farhan Akhtar and Ritesh Sidhwani as they conducted the shoot so differently. They were thorough professionals as producers and streamlined everything so well. It was a memorable experience working on Dil Chahta Hai. We had loads of fun shooting the film in Goa, and I will never forget celebrating my birthday with the cast and crew in Goa.”

Suchitra Pillai: “It was a brilliant film to be part of. I know I’m still seen by many as Priya 20 years later too. The girlfriend who girls wanted to be, and guys didn’t want her as a girlfriend. But it’s just about how well a character is defined in the work that you do. It can be a five-minute role, and this is a case in point.