The UN rights chief said that Afghan people are experiencing some of “the darkest moments” in a generation. 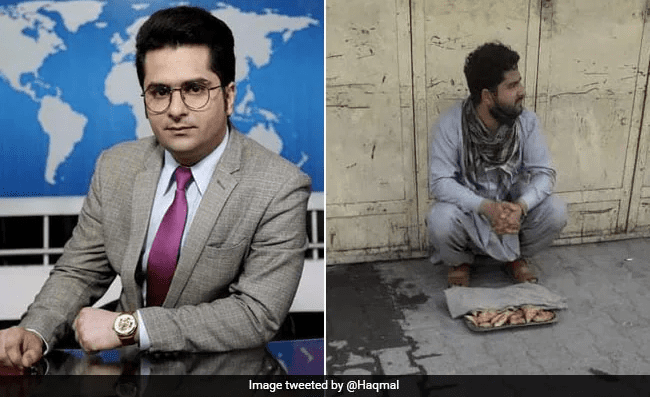 “Journalist’s life in Afghanistan under the Taliban. Musa…worked for years as anchor & reporter in different TV channels, now has no income to feed his family & sells street food to earn some money,” he tweeted.

Journalists life in #Afghanistan under the #Taliban. Musa Mohammadi worked for years as anchor & reporter in different TV channels, now has no income to fed his family. & sells street food to earn some money. #Afghans suffer unprecedented poverty after the fall of republic. pic.twitter.com/nCTTIbfZN3

Mohammadi’s story is now going viral on the internet and many help offers have also poured in.

Meanwhile, the UN rights chief has raised concerns about the deteriorating situation in Afghanistan, stating that its people are experiencing some of “the darkest moments” in a generation.

High Commissioner Michelle Bachelet conveyed this message during a session in the Human Rights Council on Wednesday. “In the wake of years of conflict, and since the takeover by the Taliban in August last year, the country has been plunged into a deep economic, social, humanitarian and human rights crisis,” said Bachelet.

She admired the courage of Afghan women in demanding their inalienable rights while facing a “critical” situation under increasingly repressive Taliban codes of conduct.

Bachelet also expressed concern over alleged human rights violations and abuses against civilians in the northern provinces, including arbitrary arrests, extrajudicial killings, and torture, calling on all parties to the conflict to “observe restraint and to fully respect international human rights law”.