Top 10 moments of my acting journey

Drama school journey: I only decided to go into the field of acting while graduating in something else. My father Sudarshan Gour supported my decision. He advised me to go to the National School of Drama Delhi so that I could get equipped with the tools of acting. I filled my form in Shimla and got selected from among 20 students in India. Then I did a three-year professional course in acting followed by a fellowship for one year. That laid the foundation of my career.

Family support: My family has fully supported me throughout my career. As my father was from a theatre background, I had his full support. My wife played a very important role. My career and life both have become like heaven because of my wife, with her luck. She has supported me in all my ups and downs. I am lucky to have her in my life. She supports and inspires me all the time, and is the backbone of my family.

First acting experience: My father used to organise the All India Drama Festival in Shimla and the legacy still continues. It was in 1979, a child actor was needed for a drama and my father suggested me. I played the role of a child kidnapped by a villain and my dialogue was ‘mujhe chod doh’ (let me go). That was also a first connection with the audience.

Social work: I am very much into social work. More than me, my wife Rekha Gour is connected to social institutions and works for cancer patients. I am a part of All India Artist Association Shimla through which we organise drama-dance festivals, which encourage young talents. We also provide scholarships to such students. We also try to support many other social causes. All in all, if I get a chance to support anyone, I would be happy to do it.

Fans adulation: Fans motivate me to work hard. My fans love me very much. In the end, they are the ones for whom we create content. So fans make us and if not them, who will see our work? They are the ones who motivate and inspire us to work more.

First award: My first prestigious award was the Indian Television Academy Award in 2010 and I got it for Lapataganj, which is based on the Sharad Joshi stories. I got the award in the category of Best Actor In A Comic Role. It was a big landmark in my career. It was great receiving adulation from people of the television and film fraternity. That was the time when my hard work started paying off.

First Bollywood movie: My first Bollywood movie was Matrubhoomi, which was based on female foeticide. I played the role of a father who hides his daughter in the attire of a boy so as to save her from the village people, as no child in the village was a girl. Other films I have done include Lage Raho Munna Bhai, 3 Idiots and then PK.

International activity: I have been fortunate enough to do theatre in international platforms too. There is famous theatre group Shubhangi Kalamandir, where many great actors have worked. With them, I have done plays that have been staged in India, but also destinations like Hong Kong and London. There was an opportunity to do more international theatre work, but due to heavy engagement on Indian television, I did not have time. Having said that, we, the people of All India Drama Association, are thinking of doing a drama festival in New Jersey, USA.

High and lows: The ups and downs of life will be memorable because they help shape you as an individual. There were times when not so much work was on offer. Between 2002-2006, for example, was a very dull period where I didn’t have much work. I started thinking this acting life is so uncertain, but then, slowly, I started getting more work. I was offered the role of Mukundi Lal Gupta in Lapataganj By Ashwini Dhir. It ran for five years and then I got the role of Manmohan Tiwari in Bhabhiji Ghar Par Hai. So the journey has been wonderful and it is going on.

Rohitashv Gour is an acclaimed Indian actor who is currently playing the lead role in Bhabhiji Ghar Par Hai. Follow him on Twitter: @RohitashvG 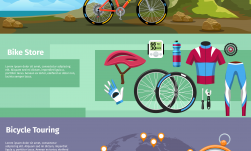 Uncategorized
What to wear when cycling to look and feel great

Uncategorized
Biometric Attendance System is a Necessity: Here's Why

Uncategorized
Which tech sectors should you invest in next year?