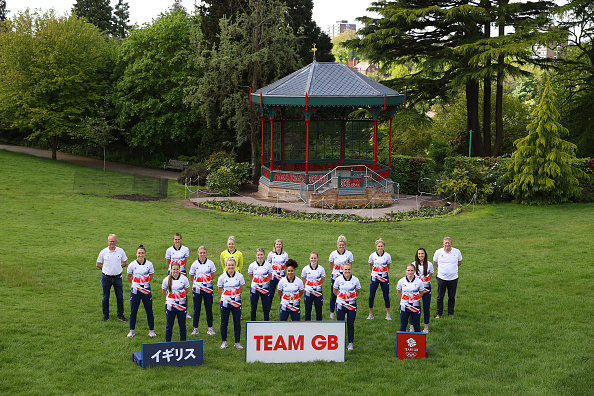 GREAT BRITAIN women’s football team have confirmed they will take the knee before the kick-off of their matches at the Tokyo Olympics.

With their first game scheduled next week against Chile, the squad have welcomed the recent clarification provided by the International Olympic Committee (IOC) on Rule 50 to allow athletes to make gestures on the field of play, provided they do so without disruption and with respect for fellow competitors.

Defender Demi Stokes said the Great Britain’s women’s football squad “feel strongly” about their decision to take the knee before games at the Tokyo Olympics this month.

“We know we have a big part to play. It’s important we use our platforms to help in any way we can,” said Stokes.

“We all feel strongly as individuals and as a team. We all understand what’s been going on around racism and discrimination. It is the people that don’t have a voice that we are standing up for.”

Team’s manager, Hege Riise, said that the players and staff have been taking the knee at club and international level for over a year now and “we were all united in our decision to continue doing whatever we can to raise awareness of racism and discrimination in all its forms”.

British Olympic Association’s (BOA) Andy Anson added: “By taking the knee, our women’s football side are embodying the values of Team GB.”

Chelsea goalkeeper Carly Telford said it was “one of the first things we discussed as a group” and they were keen to make a statement as one of the first nations to compete at the Olympics.

Gesture of taking the knee was started by American footballer Colin Kaepernick who did it during the national anthem before a match in 2016 and it has since become a prominent symbol in sport and during anti-racism protests.

Following the murder of George Floyd last year, players and officials in the Premier League and EFL took the knee on the restart of the 2019-20 season in June 2020 to highlight racial inequality and discrimination.

Women’s football followed suit during the 2020-21 season, alongside national teams.

She had previously described taking the knee as “gesture politics”.