‘Those who give tickets to women are anti-Islamic’, says Gujarat Imam

‘Wants to create his own version of Islam,’ Bharatiya Janata Party (BJP) leader Shazia Ilmi thrashes the remark by Shahi Imam of Jama Masjid in Ahmedabad. 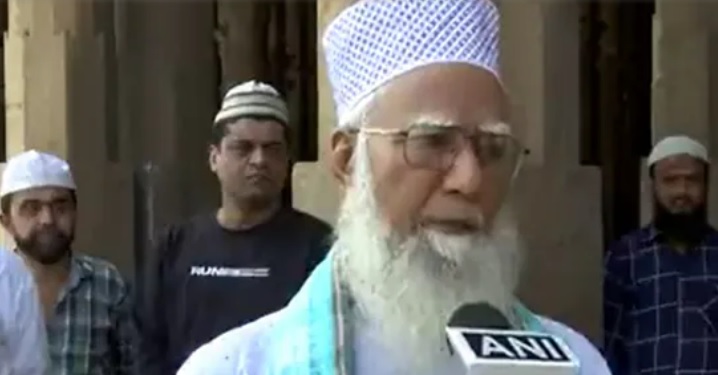 Bharatiya Janata Party (BJP) leader Shazia Ilmi has come out with a strong reaction to the remarks made by Shahi Imam of Ahmedabad’s Jama Masjid, Shabbir Ahmed Siddiqui where he objected to giving election tickets to Muslim women and added that this is “weakening” Islam, stoking a fresh controversy.

Sharply reacting to the Shahi Imam’s remark, Ilmi asked if he does not want women’s political participation, while also accusing him of attempting to “create his own version of Islam”. Earlier on Sunday, the Shahi Imam of Jama Masjid in Ahmedabad said “Those giving election tickets to Muslim women are against Islam, as they are weakening our religion. Are there no men left?”

To make her point the BJP leader, Ilmi cited the examples of various women Muslim leaders across the world who held political positions over a period of time.

“It is strange that someone is saying that Muslim women should not seek tickets. Does he want to make females invisible? Does he not want women’s political participation? Does he know anything about his own religion? Does he know that many Muslim women have been heads of their respective states, Presidents and Prime Ministers over a period of time?” Ilmi said in a self-made video.

Reacting to Ahmedabad’s Shahi Imam’s statement that there is a “reason why women aren’t allowed to offer Namaz in the open,” Ilmi cited her own example of offering Namaz, and said that women offer Namaz in most Muslim countries.

“You don’t even know that in most Muslim countries, women offer Namaz. I have myself offered namaz at Al-Aqsa mosque (Jerusalem). I don’t understand which religion you are talking about. It seems you want to create your own version of Islam. This religion is of women as much as it is of men,” Ilmi said.

“If you talk about Islam, there’s nothing more important than offering Namaz. Have you seen any women offering the Namaz in public? If it was okay in Islam for women to come out in public and offer Namaz, they wouldn’t have been stopped,” Ahmed had said.

His remarks came just a day ahead of the second phase of the Gujarat Assembly elections which got underway today at 8 am.

The votes will be counted on December 8.