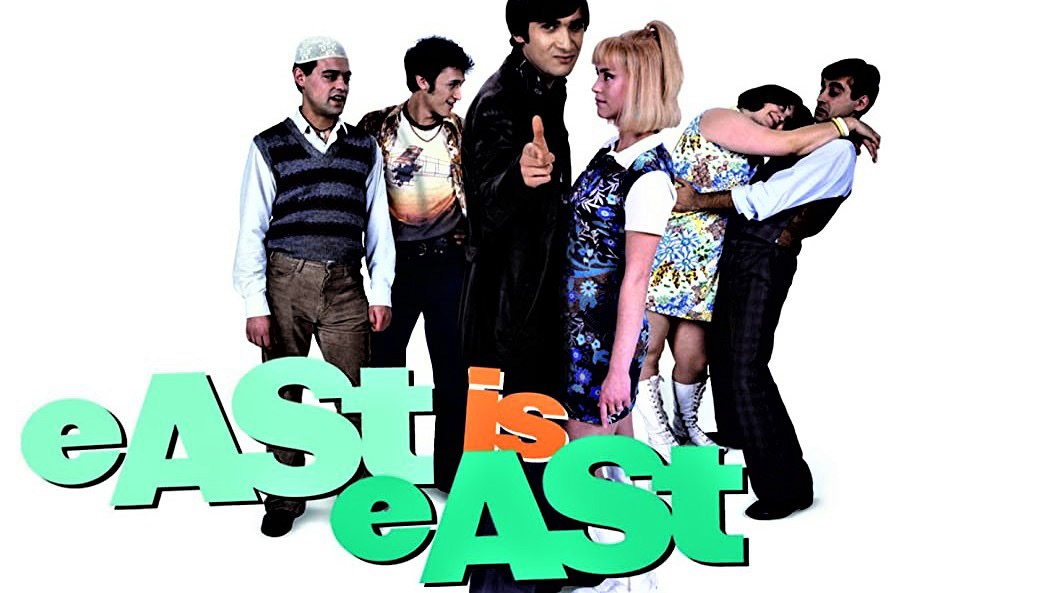 IQBAL KHAN says Ayub Khan Din’s East is East is “as relevant if not a more rel­evant play than it was in 1996”.

He is directing a revival of the play at the Birmingham Repertory Theatre from September 4-21, before it transfers to the 890-seat Lyttelton Theatre at the National in October.

The play has come to be recognised as a classic since it first opened at the Bir­mingham Rep on October 8, 1996.

Iqbal is aware that a new generation of British Asians have been born and grown up since East is East’s premiere at the Rep 25 years ago.

He acknowledges the film version is very good, but agrees with those who feel the stage version was even better.

“People don’t know how much better, how much more nuanced the play is ac­tually. The film is very effective. But I’m completely in agreement about how much more muscle there is the play.”

In 1996 it was produced by the Tama­sha Theatre Company in co-production with the Royal Court and the Rep, which now proclaims East is East has “become a modern classic of comic-drama”.

The Rep sums up the play’s setting: “In 1971, Salford fish-and-chip shop owner ‘George’ Khan expects his family to follow his strict Pakistani Muslim ways. But his children, with an English mother and having been born and brought up in Britain, increasingly see themselves as British and start to reject their father’s rules on dress, food, religion, and living in general.”

Iqbal points out that George was facing another crisis – the imminent break-up of Pakistan for which he blamed India. This was the secession of East Pakistan and a bloody civil war leading to the birth of Bangladesh. This year marks the 50th an­niversary of the 1971 India-Pakistan War and the creation of Bangladesh.

Speaking exclusively to Eastern Eye, Iqbal calls it “a superb, brilliant, brilliant play. East is East is really, really impor­tant. And I think it’s not often done prop­erly. It’s the fact that there is this political crisis going on with the birth of Bangla­desh about to happen – losing East Paki­stan as well as the crisis in his family. And this man is struggling with his identity.

“It’s very, very serious kind of stuff in the mix of this play. Yes, it’s very funny. But I think the more interesting it is, the more we walk the knife’s edge.”

In his frustration, George lashes out physically against his wife and also one of his children. As Iqbal notes, “it works so well in the theatre. It has the audience in the palm of its hand, because the second half of the play gets very dark, surprisingly. I’ve got this going into proper Behzti (dis­honour) territory.

“But then the final theme is so funny. It’s hilarious and compassionate and complicated. It’s an extraordinary play.”

He explains how the Rep and the Na­tional decided to join forces. “The Rep announced it had decided to do it. And the National thought they wanted to do it as well. And they were going to indepen­dently ask me to direct it.”

The two theatres pondered, “Shall we do it together?” The answer was yes.

Depending on the casting, the rehears­als might begin in London before moving to Birmingham, says Iqbal.

He missed seeing the original version of the play in 1996, but directed a produc­tion of East is East at the Rep in 2009.

He reveals, “Ayub lives in Spain but he will be over for the run. So it’ll be a won­derful celebration of him and giving him the right kind of platform, the platform that he deserves massively.”

According to his CV, Iqbal is an “associ­ate artist of the Birmingham Rep. He has worked extensively with the RSC, as well as directing for opera and classical music events. Credits include Othello, The Wild­man of the West Indies and Shakespeare at The Bowl.

“He has directed in Paris and Japan, had recent residencies and delivered lec­tures at Michigan State, La Fayette, Nan­jing, and was the 2019 Michael Douglas Visiting Artist at UC Santa Barbara.”

Ayub recognises the play, set in 1970s’ Salford about the differences between George and his six British-born children, has touched a lot of people.

“The young people I meet, not just young Asian actors and writers, but other people as well in different walks in life, have talked to me about East is East – about the times they sat down with their families and watched the film,” he once said. “Some of the young actors were chil­dren when the film first came out – it was often their first job as actors in some pro­duction of East is East.”

There was nothing in Ayub’s early up­bringing that hinted he would become the renowned writer he now is. His father, Mahtab Khan (called “Charlie” by locals), married an Englishwoman, opened a “chippie” and had 10 children.

In the play, the number of children George and Ella have to cope with has been reduced to seven – Nazir, Abdul, Tariq, Munir, Saleem, Meena and Sajit.

It falls to Ella to protect her brood from her husband’s attempts, occasionally vio­lent, to turn them into “good Muslims”. The youngest, Sajit, who is really Ayub under another name, is forced to go to hospital so that he can be “done” – he had somehow not been circumcised as a ba­by. He was not exactly thrilled with his father’s gift – a wrist watch which told the time in Mecca in Arabic.

The playwright harks back to the char­acter of George based on that of his fa­ther, who returned to Pakistan after the death of his wife and died there in 1991, cut off from his children.

George wasn’t all bad, he says. He wanted the best for his children but on his own terms. “The problem with George is he is such a complex character. If he was educated, he would be able to put his arguments across eloquently without having to resort to violence. He only re­sorts to violence out of frustration and his inability to communicate to his family what he really means.”

East is East, directed by Iqbal Khan, is at the Birmingham Repertory Theatre from September 4-21, before transferring to the Lytellton Theatre at the National in London in October.