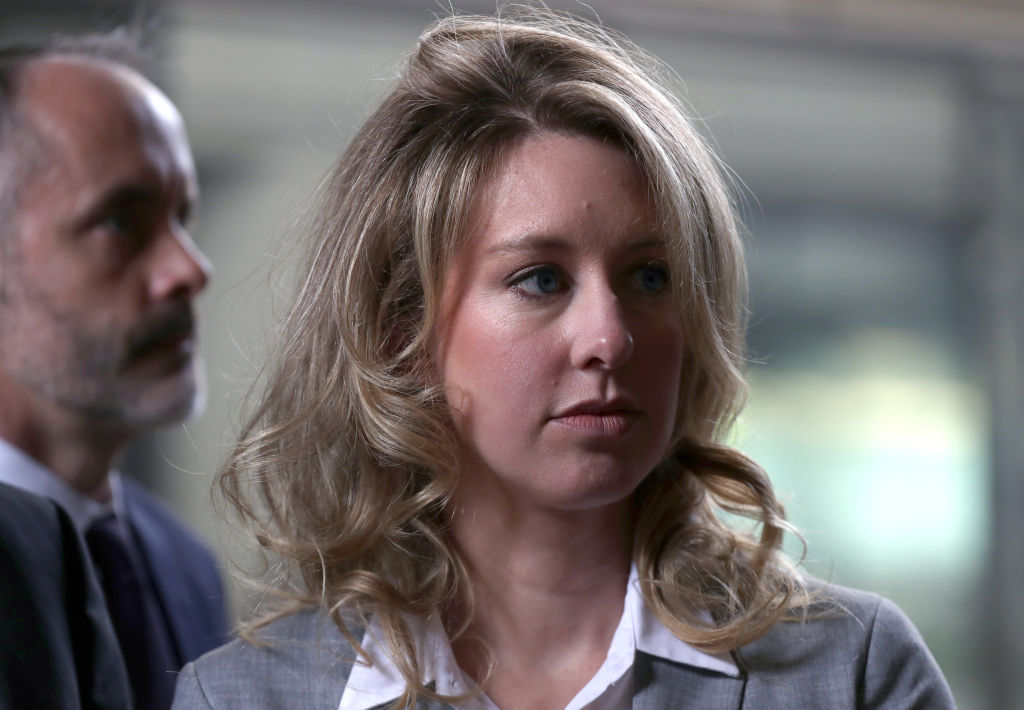 THERANOS founder Elizabeth Holmes’ claims that she was abused by the company’s chief operating officer, who at the time was her boyfriend, could complicate jury selection in her highly-anticipated fraud trial, legal experts said.

The in-person questioning of prospective jurors, up to roughly 170, is expected to begin on Tuesday (31) in federal court in San Jose, California.

Holmes’ lawyers said her “deference” to Balwani led her to believe allegedly false statements about parts of Theranos that he controlled, including a claim about a partnership with drugstore chain Walgreens.

Holmes, 37, has pleaded not guilty to defrauding Theranos investors and patients by falsely claiming that the company had developed technology to run a wide range of tests on a single drop of blood.

Known for dressing in a Steve Jobs-style black turtleneck, Holmes herself has long been an object of fascination in Silicon Valley.

The meteoric rise and spectacular fall of Theranos turned Holmes from a young billionaire to a defendant who could face years in prison if convicted.

Her lawyers have said she may make the unusual move of taking the stand in her own defense, something that most defendants choose not to do because it opens them up to cross-examination by prosecutors.

The lawyers told US District Judge Edward Davila, who is overseeing the case, last year that Holmes was “highly likely” to testify about these claims, court papers show.

Balwani denied allegations of abuse in a 2019 court filing. He is scheduled to be tried on fraud charges related to Theranos after the end of Holmes’ trial.

Lawyers for Holmes and Balwani did not immediately return requests for comment on Monday.

Before coming to court, 200 potential jurors filled out questionnaires about their familiarity with Holmes, who has been the subject of two books, two documentaries and a podcast. Thirty-three potential jurors were excused last week, including some who admitted bias.

Christina Marinakis, a jury consultant with IMS, a provider of expert and litigation consulting services, said prosecutors and Holmes’ lawyers have likely combed through potential jurors’ social media posts for their views about abuse, since they generally “don’t like to talk about these things in open court.”

Marinakis said jurors may be reluctant to admit to a tendency to view a claim of abuse as an “excuse” for Holmes’ conduct.

“They may fear they are going to be looked at as misogynists,” she said.

Holmes was 18 years old when she met Balwani, who is 20 years older than her, and started living with him around three years later, according to “Bad Blood,” Wall Street Journal reporter John Carreyrou’s best-selling book on the Theranos saga.

The book chronicles the rise and fall of the company Holmes started at age 19, concluding that she was a “manipulator” whose “moral compass was badly askew.”

Tracy Farrell, a jury consultant who has worked on sexual assault cases involving clergy, said Holmes’ lawyers may favour younger jurors, especially women, who might question any attempt by prosecutors to show the abuse defense as “just another con.”

“It creates a kind of dissonance for women,” Farrell said. “We want to believe them.”

Marc Agnifilo, a New York lawyer, said Holmes’ case had some parallels with that of Martin Shkreli, a former client found guilty in 2017 of bilking investors in his hedge funds.

Before his trial, Shkreli gained notoriety for hiking the price of Daraprim, a drug that treats life-threatening parasitic infections, by more than 4000 per cent in one day.

Holmes’ lawyers, he said, should seek out “smart, open-minded jurors are not just going to buy into the government’s view of the facts.”