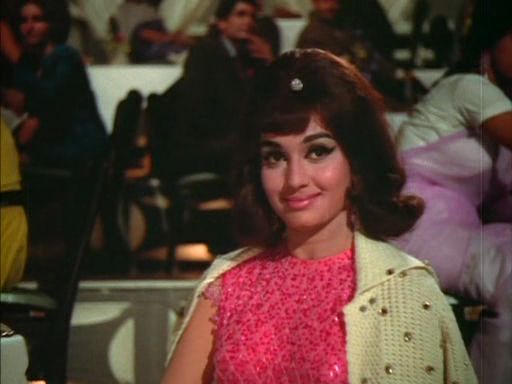 LEGENDARY Bollywood actress Asha Parekh will receive warm wishes from around the world when she celebrates her 79th birthday on October 2. One of the greatest leading ladies of all time was nicknamed the hit girl because she appeared in many blockbusters.

To mark the marvellous movie icon turning a year older, Eastern Eye decided to put together a watchlist of her top 10 films, listed in chronological order. 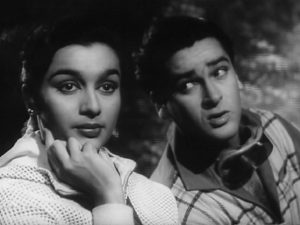 Dil Deke Dekho (1959): One of the greatest lead debuts in Bollywood history saw the young actress deliver a rip-roaring performance in this rock ’n’ roll romance. She plays a fiery young woman, who has her heart melted by a dashing young musician, played perfectly by Shammi Kapoor. The start of a dream partnership with producer-director Nasir Hussain is a magnificent melting pot of comedy, emotion, romance, and some incredible music. 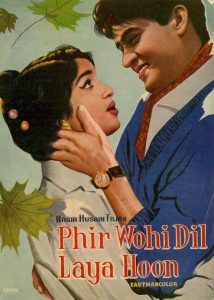 Phir Wohi Dil Laya Hoon (1963): Nasir Hussain combined elements of his smash-hit first two films Tumsa Nahin Dekha (1957) and Dil Deke Dekho (1959) for this romantic musical set in a picturesque setting. This time around Joy Mukherjee plays the hopeless romantic from a broken home trying to woo the character played by Parekh, who is betrothed to someone else. The multi-layered musical with magnificent songs took an existing formula from the black and white era and injected it with glorious technicolour.

Teesri Manzil (1966): The rock ‘n’ roll classic, best remembered for the phenomenal starmaking soundtrack of RD Burman, combines great music, romance, comedy, and a murder mystery element. The actress stars opposite Shammi Kapoor and once again breathes fire into every scene with a no-nonsense turn that exudes girl power. Ace director Vijay Anand added extra touches with his beautiful camera shots in what is widely regarded as one of the greatest Bollywood films of all time. 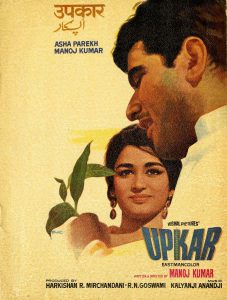 Upkar (1967): The massively influential patriotic drama became the biggest Bollywood hit of 1967. Although it is very much about a patriotic man, who makes sacrifices and believes in doing what is right, the actress has an important anchoring role as a doctor. The multi-award-winning film would inspire a wave of similar films that followed. She was the main female presence in the maledominated drama and featured prominently in all the publicity.

Kanyadaan (1968): Most Bollywood fans love the song Likhe Jo Khat Tujhe, but did you know that it features in this Asha Parekh classic, which was one of the year’s biggest blockbusters when it released? A city dweller falls in love with a village girl, but they are unable to take things further when it is revealed she was married off as a child bride. What follows is a challenging journey for two people in love, who are destined to be together. 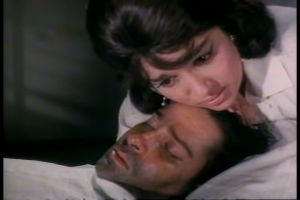 Pagla Kahin Ka (1970): A movie that was way ahead of its time, perhaps, doesn’t get the credit it deserves. Shammi Kapoor plays a man who fakes being insane to help his friend escape a murder charge. After being released from the asylum, he has his heart broken and returns to the same asylum after losing his mind. Asha Parekh plays the doctor who befriends him and ultimately helps him return to normality. The movie features alltime classic love song Tum Mujhe Yu Bhula Na Paaoge. 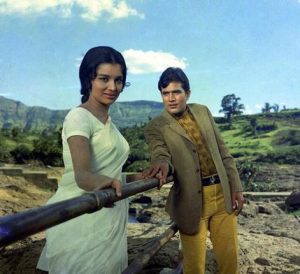 Kati Patang (1971): The actress had delivered over a decade’s worth of blockbuster hits and finally won a Best Actress award for her stunning performance in this story based on Cornell Woolrich’s 1948 novel I Married a Dead Man. She plays a heartbroken woman who assumes the identity of a dead friend and pretends to be a widow, so she can look after a young child. Things get complicated when a man (Rajesh Khanna) she was once betrothed to falls in love with her. The film includes iconic songs Yeh Shaam Mastani and Pyaar Deewana Hota Hain.

Mera Gaon Mera Desh (1971): A great 1971 saw Asha Parekh star in three of the year’s biggest blockbusters and the highest grossing was this action drama, which would influence many movies in subsequent years, including record-breaking curry western Sholay (1975). Dharmendra plays a former convict, who goes to work at a village and falls in love with a local girl played by Parekh. His connection with the village becomes such that he decides to take on the local dacoit Jabbar Singh (Vinod Khanna). 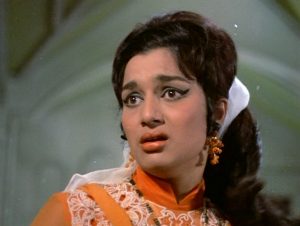 Caravan (1971): The last great collaboration between filmmaker Nasir Hussain and Asha Parekh is best remembered for iconic item number Piya Tu Ab To Aja, but it is so much more than that. The actress plays an heiress, who escapes from a villainous husband. She takes up a new identity after joining a band of performing gypsies and puts herself in danger again after falling for one of them, all while her murderous husband tries to find her.

Main Tulsi Tere Aangan Ki (1978): The deeply emotional drama based on Marathi novel Ashi Tujhi Preet was a surprise hit during an era dominated by action films and took everyone by surprise. Parekh is very much the trigger point for the plot in her role as the mistress who makes the ultimate sacrifice and earned a Filmfare Best Supporting Actress nomination.