The shameful history of racism in Bollywood 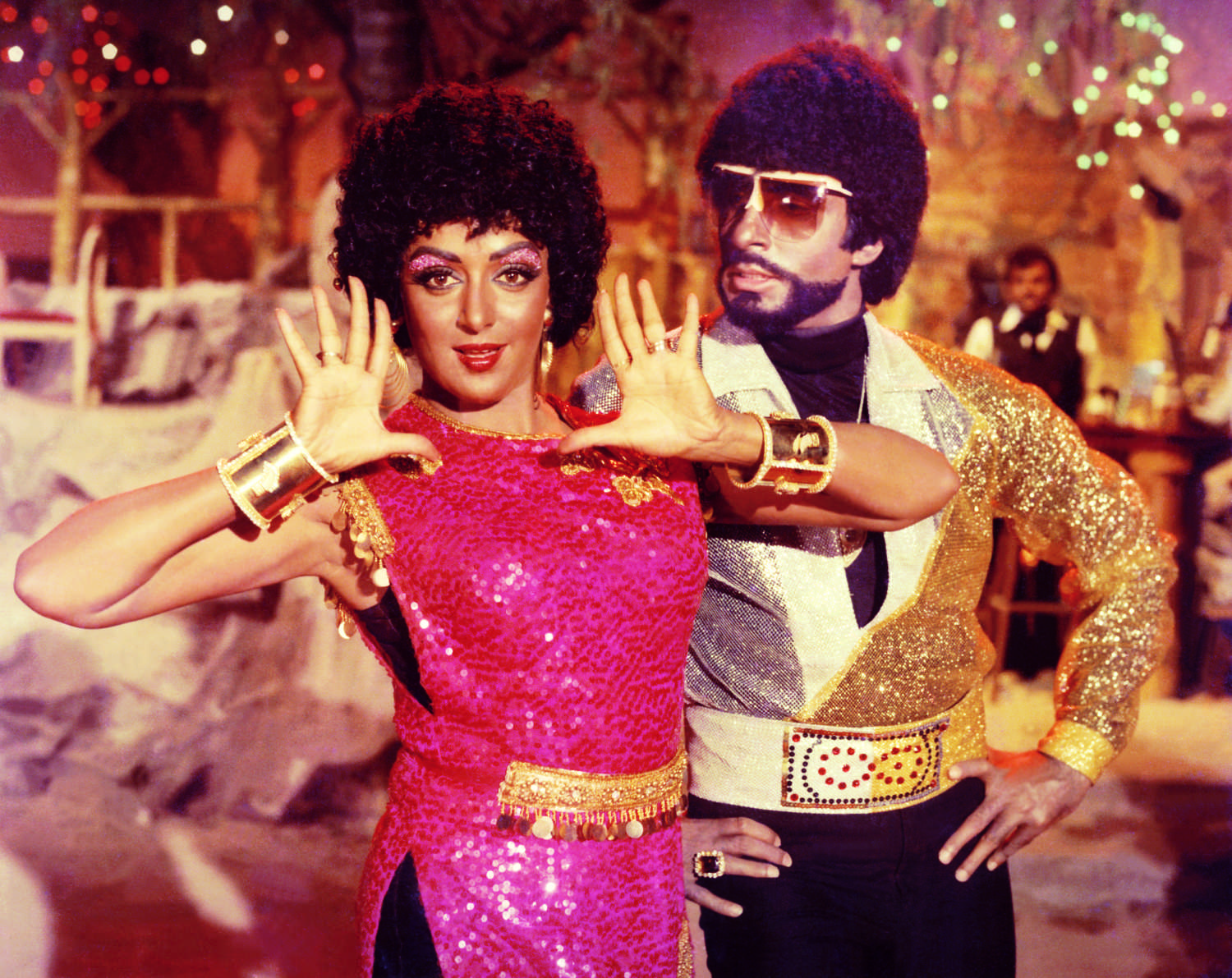 THE death of George Floyd at the hands of police officers in America has resulted in protests globally and also triggered a debate about racism in society.

There have been protests in cities across the world and campaigns on social media to tackle racism. Millions have now started looking at themselves and how they treat others, which has resulted in the first signs of a positive change, open debate and many, including celebrities, offering public apologies.

This is also an opportunity for Bollywood to take a long hard look at itself and face up to the major role it has played in perpetuating racism rampant in Indian society. The most influential cultural medium in India, Hindi cinema has spread so much racism across the decades that it has practically become normality and even profitable for many of its biggest stars.

History can be a great teacher and that is why looking back will bring Bollywood’s big racist problem out of the darkness and perhaps educate those who are oblivious to it. The racism started very early on in the black and white era of Bollywood before evolving into a societal norm. Early on, producers decided that fair skin would define good and dark skin would have negative connotations. That blueprint has pretty much been there since the 1940s.

The industry has stuck to these unwritten rules and the biggest stars have helped to magnify this racism, which can be divided into four distinct categories.

The dark side
Firstly, Hindi cinema has consistently shown dark skinned people as servants, villains, figures of ridicule and the rock bottom of society. Then influential A-list stars magnified this aspect further by taking on such roles and there are many examples across the decades.

In Bollywood’s first Oscar nominated film Mother India (1957), the good son is shown as light skinned and the bad son has decidedly dark skin, with actor Sunil Dutt blackening his face for that role. The bad son is later shot dead by his own mother.

Meri Surat Teri Aankhen (1963) sees a man give up his baby for adoption shortly after birth because he thinks the child’s very dark skin makes him hideously ugly. Then Bollywood’s first male superstar Ashok Kumar plays the grown-up version of that same child in blackface and is shunned by society.

In the 1965 film Gumnaam, Bollywood’s number one comedian Mehmood blacked up to play a servant, who performs popular song Hum Kaale Hai To Kya Hua with a title and lyrics that have a clearly racist undertone. The song includes the line, “so what if I am black, at least I have a heart” in a way that dark skin has somehow made him less desirable.

The song becoming a runaway hit and reappearing with a child blackening up to perform it a few years later in Brahmachari (1968) only reinforced the point. The same song continues to be popular today and has been viewed over 70 million times on YouTube.

In 1972 film Gora Aur Kala, which translates as black and white, identical twins are separated at birth and grow up with dramatically different skin tones. The fair one grows up to be a nobleman. The one with darker skin becomes a dacoit with a name translated as ‘blackie’ and massively popular star Rajendra Kumar put on a black face for that role.

In 1983 film Souten, acclaimed actor Shreeram Lagoo blackened his face to play a lower caste individual, who is so desperate for work that he will work for any salary.

Priyanka Chopra’s character in award-winning film Fashion (2008) hitting rock bottom is illustrated with her having a one-night stand with a black man. This is shown as her lowest point despite previous nefarious acts like drug abuse and alcoholism. Most servant characters in the biggest blockbusters have dark skin and lower castes are represented in the same way. There are many such examples in Hindi cinema across the decades, where darker skinned individuals are somehow shown as lesser humans, ridiculed or represent something that is bad.

Blackface
The second category of racism in Bollywood has been the consistent use of blackface to insult those of African descent, including by far the biggest Indian movie star in history.

In 1982 film Desh Premee, superstar actor Amitabh Bachchan and his A-list leading lady Hema Malini both put on a blackface to portray Afro-Caribbean singers for the song Gore Nahin Hum Kaale Sahi, with questionable lyrics, which translated are, ‘we may not be white, we may be black, we may be just singers and dancers.’

Perpetuating insulting stereotypes against the black community, using blackface had started decades earlier. In 1969 film Inteqam, Bollywood’s greatest dancer Helen performs the entire song Aa Jane Jaan, with an Indian man in blackface trapped in a cage pretending to be an ‘African savage’. That abhorrent ‘African savage’ stereotype would appear in a lot of films across the decades, especially in songs, including in 1986 Govinda starrer Ilzaam, where all the backing dancers in Main Aaya Tere Liye are in blackface.

In 2000 film Hadh Kar Di Aapne, leading Bollywood comedian Govinda has a scene with two people in blackface that is supposed to be funny, but is highly racist and includes them speaking in a primitive way, and the man wearing a tribal nose ring.

In Kambakkht Ishq (2009), popular box office star Akshay Kumar puts on blackface and a terrible wig to disguise himself, in what is also supposed to be a comedy scene, but is not funny.

Skin lightening mafia
The third form of racism perpetuated by Bollywood is A-list stars taking money to endorse skin lightening creams and there are a lot of them. Many have profited from the multi-billion pound skin lightening industry with advertisements that have been blasted across India.

The stars endorsing the products have perpetuated the message that lighter skinned people are somehow happier in life and  better than those with dark skin. Astonishingly, many have done these adverts offering colour charts to track the progress of skin getting lighter.

This has become so ingrained that many Bollywood stars have actually changed colour over the years, despite a bulk of their audience being darker skinned. Yes, you read that correctly, they have changed skin colour.

Casual racism
All of this has spilled over into a fourth and perhaps most worrying category in Bollywood, where casual racism has become natural on screen and acceptable in everyday life.

In 2010 film Tees Maar Khan, which has been available on Netflix, an abhorrent scene sees a dark skinned thief do a heist, with the police officer saying, “he was so black that he blended into darkness and they called him koyla (coal). His power was seeing in the dark with his bright teeth.”

Nawazuddin Siddiqui is one of the tiny few dark skinned actors to make it big and has openly spoken about racism he has faced in the film industry, including those he has worked with, believing a total change was needed in society and the film industry.

Sanjay Chauhan, the casting director of his film Babumoshai Bandookbaaz, said it would look ‘weird’ if Nawazuddin was cast with ‘fair and handsome people’. The actor took to Twitter to reply, ‘thank you for making me realise I cannot be paired with the fair and handsome because I am dark and not good looking, but I never focus on that.’

Bollywood hit rock bottom in Housefull (2010), where the racism is directed at a black baby in a tiny swaddling blanket.

It has become so natural that racism has spilled over into real life. One of the industry’s top filmmaker Karan Johar mocked comedian Ashish Shakya’s dark skin at a live event, with him nastily saying, “If you were any blacker, Angelina Jolie would adopt you.”

While promoting a film Golmaal: Fun Unlimited (2006), actress Rimi Sen said, “Rohit Shetty is amazing as a director. He can make even a black African look pretty.”

On another occasion, Esha Gupta was heavily criticised for comparing Arsenal player Alex Iwobi to a gorilla, but later apologised.

Stars openly being casually racist perhaps explains why racism has become a way of life for so many. That deep rootedness is perhaps why a positive change won’t happen anytime soon and why Bollywood will be the last to apologise.