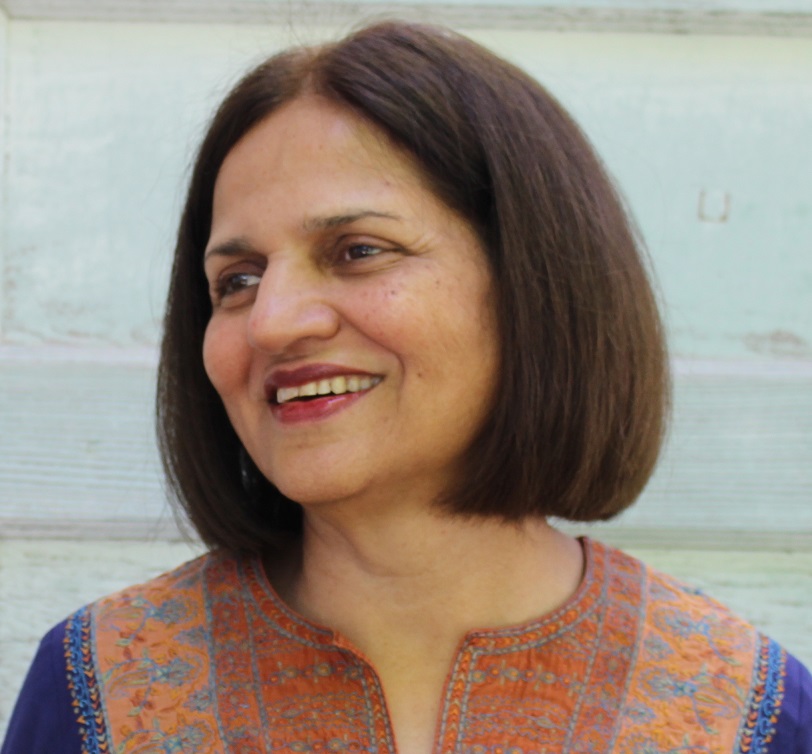 A STRONG year for British Asian theatre concludes with the powerful play Homing Birds, which recently had its world premiere at Tara Theatre in London and runs until December 7.

Kali Theatre’s founder Rukhsana Ahmad returns to the company with her moving new play about family, homecoming and reconnecting with your roots. Her story revolves around a young Afghan refugee so desperate to reconnect with his roots and find his long-lost sister that he leaves his adoptive family in London and returns home to Kabul to work as a doctor. Homing Birds continues a writing journey for Rukhsana Ahmad, which has included plays for stage and radio, literary works, translating and pioneering efforts in British Asian theatre during the 1990s.

Eastern Eye caught up with Rukhsana Ahmad to talk about her writing journey, Homing Birds and theatre.

What first connected you to writing?
I attempted my first novel when I was about 10 and fearless. It was a time when there was no TV, no internet, no games consoles and not enough toys, so children had to create their own entertainment. Following in the tracks of my older sisters and a multitude of cousins, I became a precocious reader; we thrived on books and poetry, parlour games and, yes, some outdoor games when the weather was benign. But given that sunset was the curfew hour and I had the body clock of a night owl, reading and writing inevitably became my favourite late night activities.

How do you look back on your journey as a successful writer?
With some humility, I think, but also some pride in what I was able to achieve in the limited time that I had. And I see the creation of Kali Theatre Company as a core achievement. Success always has an element of good luck in it. I was lucky to have found people who had faith in me. Mostly, I should say, they sought me out. For instance, the co-founder of Kali, Rita Wolf and my very first literary agent; then, of course, my long-standing friends, the Asian Women Writers’ group, some of whom became close friends.

What led you towards writing the play Homing Birds?
Homing Birds has evolved from a short play written for Kali’s season of War Plays. To raise the stakes for myself, I wanted to develop the play along themes that obsessed me. As the migration debate has never stopped hounding settlers since Enoch Powell’s provocative speech, I felt it was time to pick up the narrative from the point of view of a settler who has been slowly recovering from trauma.

Tell us about the play?
The play tells the story of young Afghan asylum seeker Saeed, a trainee doctor, unmoored by the sudden death of his adoptive mother. He is driven by a need to find his family and to reconnect with his roots. An encounter with a successful female politician from his home country precipitates this visit and he finds himself ill prepared for what lies in wait for him. Kabul surprises and alarms him in equal measure as he embarks on a quest.

Who are you hoping connects to the story?
The story should resonate with everyone. Almost all of us are dislocated from our natal homes, in a sense, as we search for progress, growth and safer environments. When we look back though, we do find that the past is not a fixed picture. Perhaps, it’s more like a kaleidoscope, yielding different patterns as you probe and prod your history from different perspectives. An honest survey of the past is good for the soul, great for your mental health and wellbeing, and can dispel steam and lurking tensions in your immediate circle and family.

What is your favourite moment in the play?
Although it’s done with a light touch, I love the airport scene. The start of a journey, so familiar to those who have lived elsewhere, yet its loaded with a sense of its momentousness and touched by the poignancy of absences in our lives.

How does this compare to other theatre pieces you have written?
I began it with a less ambitious vision of its possibilities, but think it can hold up well in the body of my work. I feel it’s subtler and more dynamic as I have worked more closely with a director and dramaturge than usual. Also, I have become more skilled at writing plays than I was when I was first commissioned.

What according to you makes for good theatre?
It needs a genuine conflict embedded in believable characters and a credible situation. No matter what you think about the issues, you must be drawn into the conflict by the passion of the protagonists; a conflict that niggles you long after you’ve left the theatre.

What can we expect next from you?
I have some unfinished writing I must attend to. It’s work that requires a personal commitment, and I am hoping to work on a memoir, perhaps in the style of a dramatic monologue.

Do you have a set process of writing?
I’m a freelancer so my commitments vary hugely in the time I need, or, they actually take to finish. It does take time to imbibe the spirit of a story before you can retell it to good effect, so what I need most is dream time, peace and quiet. I like to brood on an idea before I start writing. Apart from my study, I have a couple of favourite spots where I work, but I do like to write a little every day, to stay in touch with what I’m working on.

Who is your own writing hero?
There are several, I’m afraid, and I often forget to name a huge favourite, so do bear with me. Here’s a random list. George Eliot for the scale of her vision,characterisation and deep moral stance. Toni Morrison for her poetic imagination. Arundhati Roy for her truthful commitment to politics. Saadat Hassan Manto for his profound insight into character, understanding of sexuality and society. Amongst playwrights: Shakespeare at his best, in his tragedies, Sophocles for his grandeur and humanity, Arthur Miller for his fine moral judgment, August Wilson for drama through characterisation and, finally, Tennessee Williams for his passion and sensitivity.

What inspires you?
I find that good writing is inspirational. It often sparks off a creative urge in me; but what begins as a piece of work for me is often the strength of a story where the situation is so deeply pertinent to the character of the protagonist that you can see its potential for unleashing disaster.

Why should we watch your play Homing Birds?
You may find it surprises and entertains you and yet you learn something about the people whose story it is and you connect with them – even if that connection is fleeting.