The exhumation of a family secret 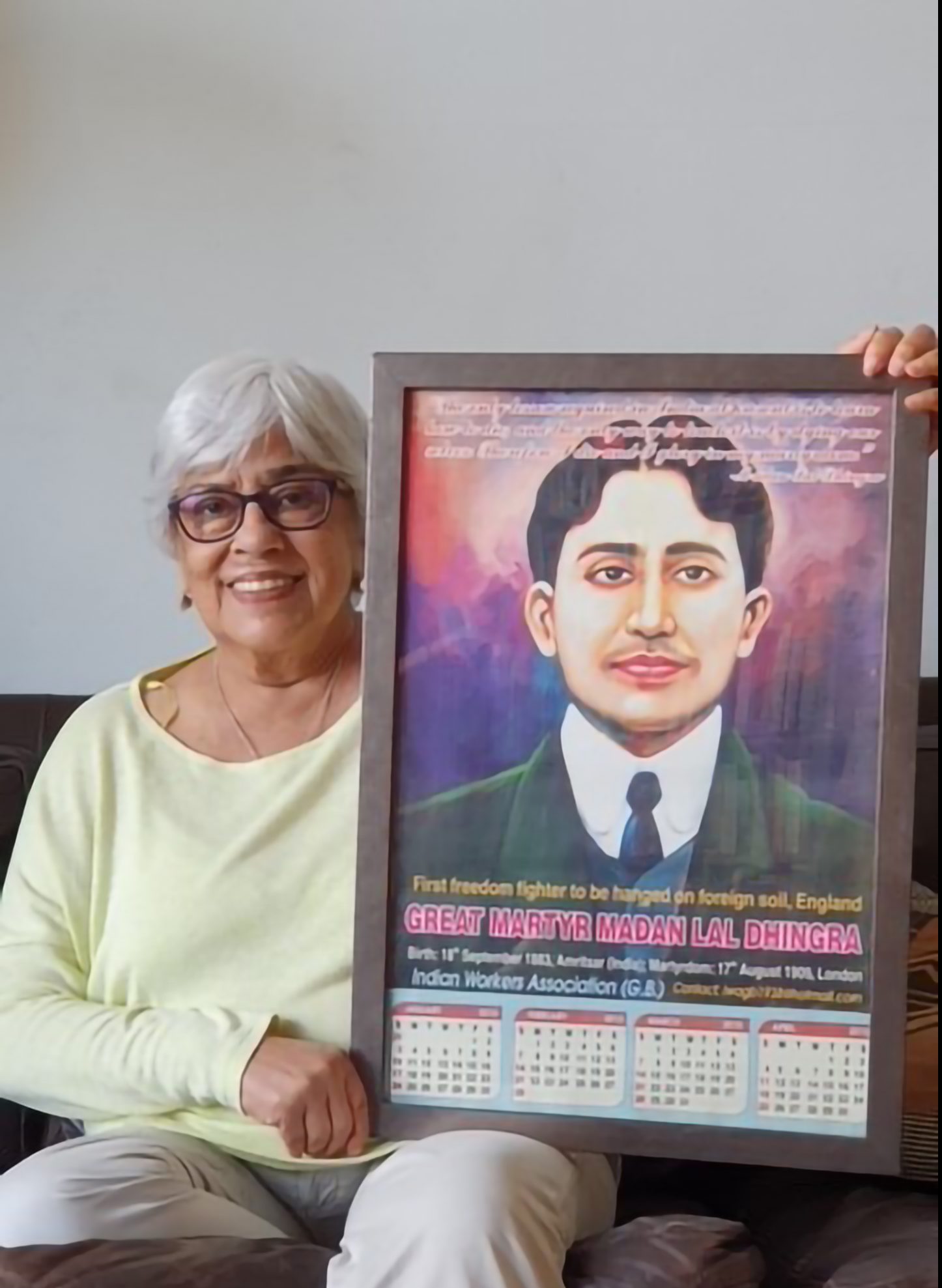 BREAKING SILENCES: Leena Dhingra with the portrait of her uncle

AUTHOR and actress Leena Dhingra unearths a long-buried secret from her family’s past in brand new book Exhumation: The Life and Death of Madan Lal Dhingra.

With her compelling new book, she tells the fascinating story of her great uncle who was executed on August 17, 1909, in Pentonville prison for the assassination of Sir William Hutt Curzon Wyllie, a high-ranking official from the British India office. The Amritsar-born student activist was viewed as a murderer in the UK, and a freedom fighter and martyr in India. His remains were exhumed, and his body returned to India in 1976.

Part history and part memoir, Dhingra takes readers on the journey of a young man who gave his life for a cause he believed in and how she has come to terms with this painful family episode.

Eastern Eye caught up with the actress, whose TV credits include The Bill, Casualty, Dr Who, EastEnders and Coronation Street, to discuss her new book, and key lessons that can be learned from it.

What led you towards writing Exhumation: The Life and Death of Madan Lal Dhingra?
For me this book is about breaking silences, revealing stories that are difficult to tell and releasing buried traumas. Writing was a way of identifying them with the intention of freeing myself from their haunting hold. It was something I needed to do.

Tell us something about the book…
The book is part history and part memoir. Two parallel narratives in the past and the present illuminate the impact of colonial rule on my family over the 20th century. The history part tells the story of my great uncle Madan Lal Dhingra, from a prosperous Punjabi family, who came to London aged 22 to study engineering and how his journey ended on the gallows of Pentonville.

What is his journey that you document in the book?
When Madan Lal arrived in London, in 1906, the Empire was still at its zenith (with some cracks emerging). But change was in the air with many movements for rights, justice, self-determination and freedom, and London was the hub of them all. For young Indian students the epicentre was a hostel in Highgate called India House, where ‘seditious’ ideas of Indian Independence were freely discussed. Meetings were held and platforms shared with suffragettes, socialists, Russian revolutionaries, Sinn Feinists, and Egyptian nationalists, among others. Madan’s personal quest was to find himself beyond the confines of colonial rule, and his ‘loyalist’ family, and to merge into the wider movement of his time and history. 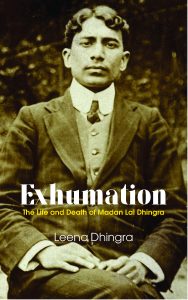 Tell us more…
In India, growing unrest was met with draconian repression. In retaliation, Sir Curzon Wyllie was assassinated by my great uncle and then executed on August 17, 1909, at Pentonville prison. In a final statement, released shortly after his execution, Madan Lal wrote that “The only lesson required in India at present is to learn how to die and the only way to teach it is by dying ourselves. Therefore, I die and glory in my martyrdom.” His story was silenced by the colonial power, his loyalist family and by independent India with its creed of non-violence. He was denied a cremation and buried in the prison. The memoir is my search for Madan Lal’s lost story and my encounter with my own lost story; lost through the Partition of India in 1947, which left my immediate family dislocated in Paris and longing to go ‘home’.

When did you become aware of this story?
When I was a child. In boarding school in England my sister told me she read about Madan Lal in a series called ‘famous murderers’. The following year in India I was told he was a great patriot, who had sacrificed his life for the freedom of India.

What was the biggest challenge of writing this book?
There were many challenges. The subject matter as it deals with inherited trauma. The search for a suitable structure and form. Also, working through layers of pain, past and present. What story was I trying to tell?

Did you learn anything while going on a journey with this book?
Yes, a lot! I learned about a time in the past, my forbears, the world my parents lost in the Partition. I learned about myself. I learned to uncover my voice.

You are hoping most people connect with this story, but has writing it helped you in any way?
Yes, it has! It has released something very deep and created an inner space and an outer perspective.

How important is it to keep history like this alive?
This is for other people to decide.

Are there any key lessons we can learn from this book?
The reader can decide. I am still too close and connected. Inasmuch as it is an authentic journey which lifts the lid on things that have been suppressed and creates a space for healing, I hope the voice will touch and be enabling to others.

How do you feel about your book being released?
I feel liberated.

Will you write any further books?
Yes, I will. The next book will be about my mother.

What do you enjoy reading?
I’m an eclectic reader. For many years my reading was interrupted due to the demands of my life. Since handing over my manuscript, I have been catching up with books that have been waiting – The Map of Love by Ahdaf Soueif and Such a Long Journey by Rohinton Mistry. Also, recent books by fellow authors from (publisher) Hope Road; The Tainted by Cauvary Madhavan, The Road to Douala by Max Lobe and Jaipur Journals by Namita Gokhale.

What inspires you?
I am inspired by friends, meaningful conversation, nature, travel, reading, writing and solitude.

Exhumation: The Life and Death of Madan Lal Dhingra by Leena Dhingra is published by Small Axes (an imprint of HopeRoad Publishing).