The changing faces of Amitabh Bachchan 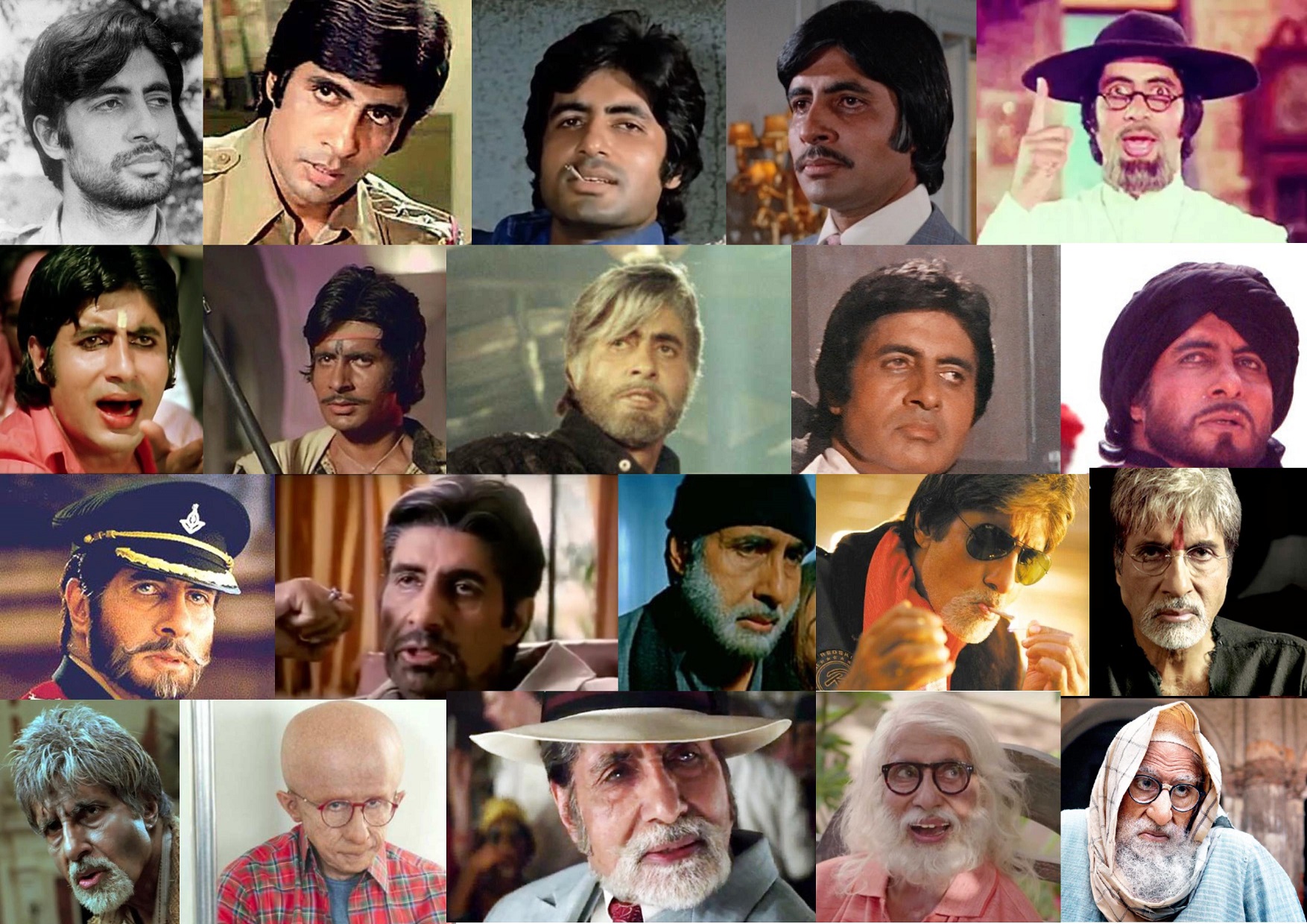 THE latest film starring Bollywood’s greatest ever star Amitabh Bachchan is mystery thriller Chehre. He stars alongside Emraan Hashmi in the twist-laden movie and once again unveils a unique look. The film’s title, meaning faces, gave Eastern Eye the perfect opportunity to look back across the legendary actor’s stunning 52-year career to find 20 of his most memorable on-screen faces. 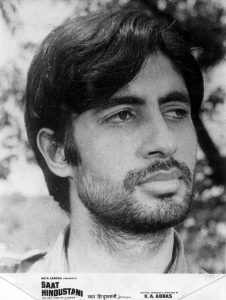 Saat Hindustani (1969): The actor made his debut in 1969 with this action movie and audiences got to see Bachchan for the first time, with his young handsome face hidden behind heavy stubble. 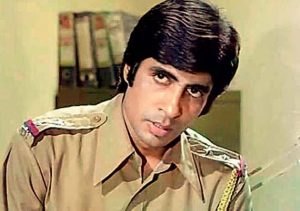 Zanjeer (1973): The superstar-making film established his trademark
image. The slight centre-parting, the longer hair that covered his ears, and triangular sideburns were here to stay! The Amitabh cut would replace the Rajesh Khanna cut to become the most popular hairstyle in India. 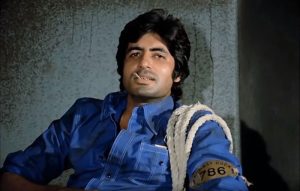 Deewar (1975): The clean-cut image evolved into the grizzled look when the Big B played an anti-hero and it exuded raw power when it was seen in this blockbuster hit. 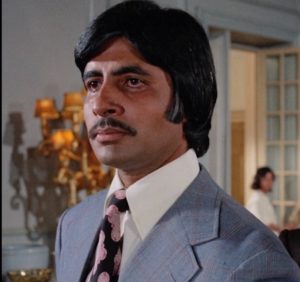 Kabhi Kabhie (1976): The 34-year-old Bachchan had just become the
king of Bollywood and did the unthinkable by playing an older character in the second half of this film. Despite minimal make-up, the older look was very convincing. 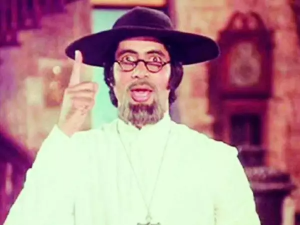 Amar Akbar Anthony (1977): Bachchan’s fantastic comic abilities have been demonstrated by the many disguises he has done across the years, including a marvellously memorable priest in this film. (An honourable mention for his drag act in 1981 classic Laawaris.)

Don (1978): The gangster Don sported the now famous AB clean-cut look. But he tucked his hair behind his ears, put on eye-kohl and stained his lips red with paan to become the naive bumbling street musician Vijay. 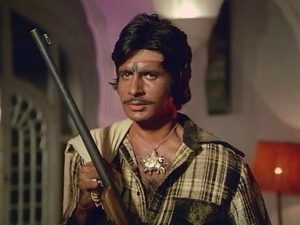 Ganga Ki Saugand (1978): The actor commences the movie as a simple villager with a non-heroic fringe and thin moustache at the start. Later, he transforms into a fearless dacoit just by growing his hair, having a thicker moustache and wearing a headband. Just brilliant! 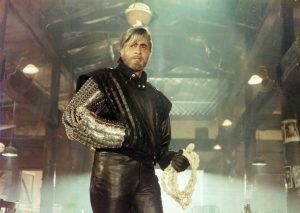 Shahenshah (1988): The iconic alternative look of the vigilante hellbent on justice was a great precursor to the various bearded characters that would dominate his later roles, but few had this intensity. 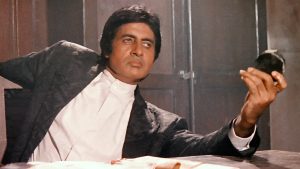 Agneepath (1990): The hair, suits and style all remained the same. However, it just took some simple eyeliner to add intensity and make a massive difference to the character’s look, which still remains one of his most famous. 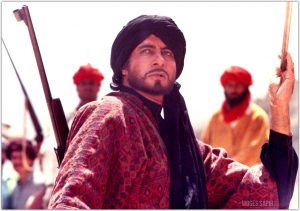 Khuda Gawah (1992): The actor sported a beard throughout a film for the first time and looked very convincing as an Afghan chief, especially with the headgear. Many of his later roles would be an extension of this regal look. 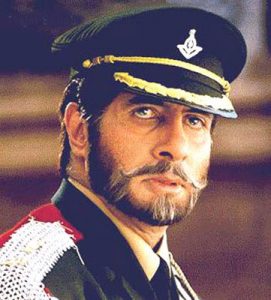 Major Saab (1998): This army drama saw the superstar actor start his transition to playing older characters and created a mature bearded look that would reappear in defining roles, like the one he brilliantly plays in Mohabbatein (2000). 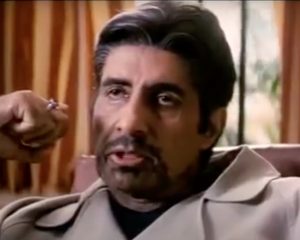 Aks (2001): There was nothing drastically different about this look that suited his age, but the stylish goatee he grew for the mystery thriller stayed with him off screen too for almost 20 years. 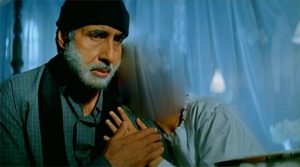 Black (2005): When you are a great actor, then the simple addition of a hat can make a huge difference and result in an all-time great performance. There is pathos, power and pain that comes through with this look. 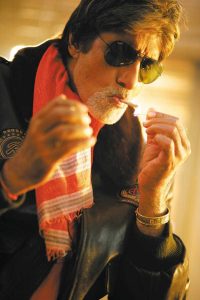 Bunty Aur Babli (2005): The actor has made a number of powerful and refined looks throughout the latter part of his career, but this is by far the coolest. The aviators, the beedi and attitude – pure class. 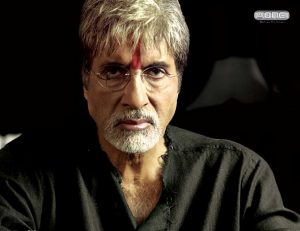 Sarkar (2005): Aging in real life didn’t stop the Bollywood legend from looking fearless and menacing with ruffled grey hair, spectacles and tika on forehead, in this superb Bollywood adaptation of Hollywood classic The Godfather. 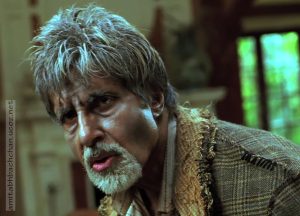 Bhootnath (2008): This convincing ghostlike look was as good as any international kids film. The scars on his pale face didn’t make this ghost any less loveable and so much so that he returned for a sequel. 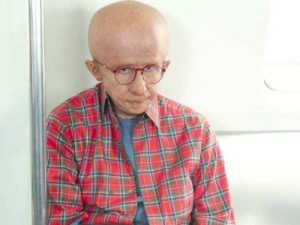 Paa (2009): The actor was well into his sixties when he made the greatest transformation in Bollywood history and turned into a 12-year-old boy with an extremely rare genetic disorder. A true professional, he sat still for hours when the prosthetics went on and came off. 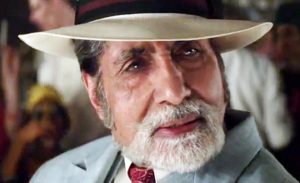 The Great Gatsby (2013): He may have only been in the huge Hollywood blockbuster for five minutes, but the A-list superstar was remembered by all for his incredible screen presence and classy look from a bygone era. 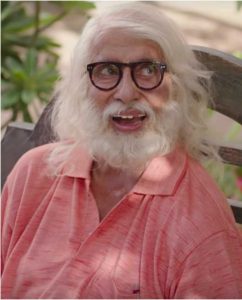 102 Not Out (2018): Another extreme transformation! From 12 in Paa to 102 in this film, no one else has played two characters with a 90-year age gap. That is what makes him the greatest actor. 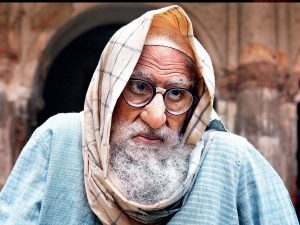 Gulabo Sitabo (2020): The incredibly versatile actor was unrecognisable as the grouchy landlord in this comedy-drama and transformed every part of himself, including his physical features to get lost in his role.