Dev Sharma was among 250 youngsters from across the UK invited to debate topics related to health during the Youth Parliament event. 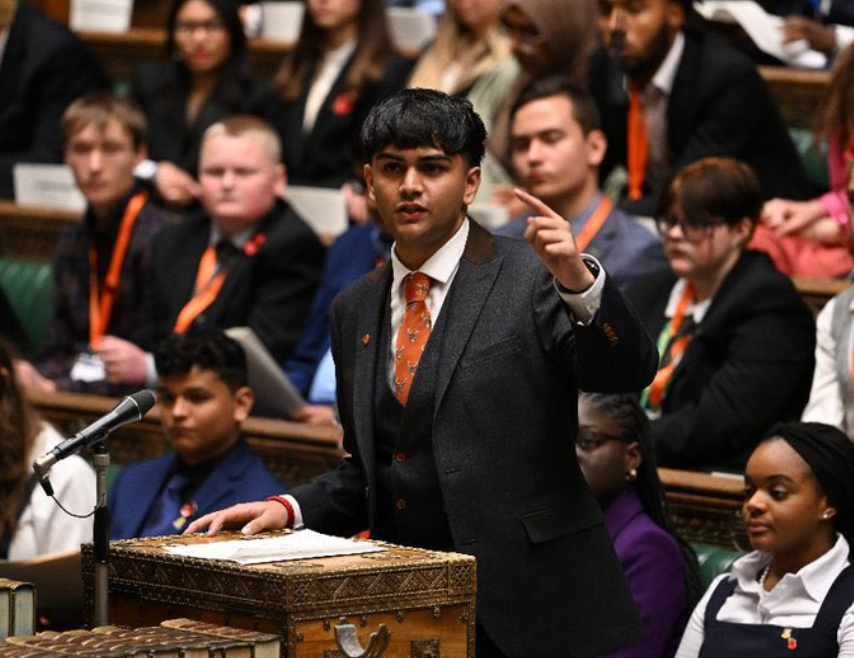 Dev Sharma delivering his address at the House of Commons (Image credit: DevSharmaMYP/Twitter)
Follow Us

A 17-year-old activist from Leicester hogged the limelight in the House of Commons with his gripping address to Youth Parliament recently.

Dev Sharma who was among 250 youngsters from across the UK invited to debate topics related to health in the chamber, spoke from the Despatch Box calling for action to arrest climate change and “protect the hopes and dreams that sustain us”.

He said: “Let’s clarify we did not cause the current climate disaster, but we are facing the health effects – even if we may not have started this catastrophe, we must be the ones to resolve it. We’ll demand answers from the producers of fossil fuels.”

It was an absolutely surreal experience and I couldn’t be more grateful to open the debate on such a critical topic. pic.twitter.com/m4ZhROGWDg


Sharma, who has been part of a youth-led campaign for equitable access to good diet for all young people, said, “We look at you and ask why we don’t have clean air to breathe, why huge parts of the world have drowned (and) why you don’t act?

“Yes you’ve heard this all before but this time there’s a lot more to come. Let’s continue our aim of lobbying our MPs and acting for our constituents and let’s make environment and health our national campaign,” he said.

The teen was part of an online campaign seeking a ban on online advertising of junk food and his efforts received support from celebrities including chef and author Jamie Oliver.