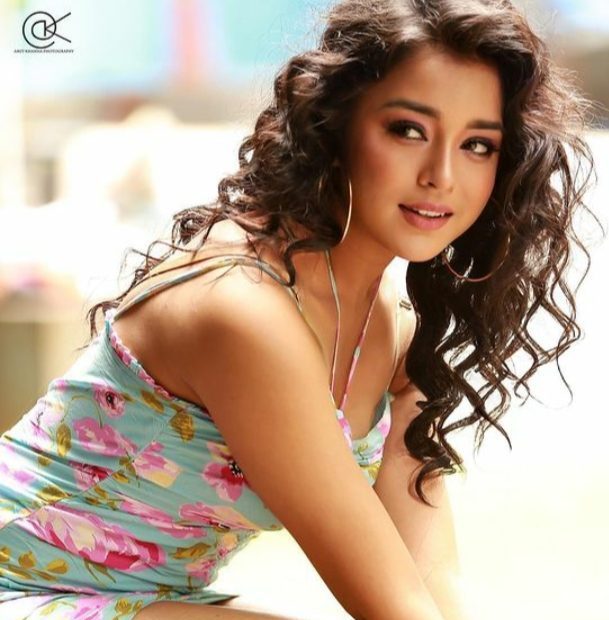 The 17-year-old’s stunning portrayal of a feisty village girl who finds herself in new surroundings and an unusual triangle after she is forced to get married has won the hearts of audiences around the world. The talented young actress, who was seen playing a supporting role in 2019’s best Bollywood film Article 15, has shown off her impressive range as a performer in Imlie and quickly become massively popular.

Eastern Eye caught up with the rapidly rising star to discuss her life-changing Imlie journey, greatest hero, future hopes and the pressure of carrying a big show.

What first connected you to acting?
I never thought of becoming an actor. I always wanted to be a dancer and open my own dance institute all over the globe. That was my dream. After two to three years in acting, I realised that it gives me great freedom; for example, I have done a lot of dance sequences in my shows. Acting makes a person versatile and you can experience things you never expected. So, as an actor, I learnt a lot of things and eventually, that’s how the connection happened.

How did you feel acting in the film Article 15 opposite Ayushmann Khurrana?
My experience working with him was overtly overwhelming. He is such a down-to-earth person and has a charismatic aura, which is soothing. Most of my scenes were with him. I had the best time of my life shooting with him.

How did you feel landing the title role in Imlie?
I can’t express how I feel about my role in words. I got this role unexpectedly and wondered whether people would like me or not. I dedicated myself towards the work but understood the engagement of the audiences solely depended on the story and justifying the character. The feedback we got in the very first week was great, with strong ratings. I felt very elated after receiving such an overwhelming response. I received a bit of flak too for my looks, but today people love Imlie for the way she is.

Did you expect that the show would be such a huge success?
I expected it to be a huge success because of the story. At times we actors thought that it was risky, but we all gave our hundred per cent, along with complete focus and dedication. That is how we pulled off the scenes. The writers, who have written the scripts so well, and the director, who encouraged us to give our best shot, added to the success. I always knew the story was on a very good subject. I was only worried whether audiences are going to like me or not. Thankfully, they loved my work. I got a response which was beyond my expectations.

What has been your most memorable moment during the Imlie journey?
I don’t remember any particular moment! But yes, when the second lockdown was declared and we went to shoot in Hyderabad, we were all together. We star­ ted spending a lot of time together and bonded strongly. The location we got to shoot was the best of all. Ramoji Film City is way too beautiful, and we got a lot of different locations to shoot. Those two months were the most memorable ones of my  life.

What has been the biggest challenge of playing Imlie?
Every scene I get in the morning is fresh and something I have never done before. That’s the biggest challenge for me. I’ve been portrayed as a village girl who is very bold. The scenes I’ve performed are physically challenging, such as jumping from the tree or an action sequence. I never did such scenes in my entire life. But I am thankful to my character Imlie for giving me such a beautiful experience. This challenges and motivates me to make myself better day by day. The first challenge for me was ‘language’ which I have crossed with time.

Tell us something more about that?
In the beginning two to three months, it was difficult for me, but now it is on the tip of my tongue. Another one aspect that bothered me was if people will love me or not, and slowly with time I have surpassed that one too. The way audiences have loved me is beyond expectations and I am really grateful for it.

How have you been handling the pressure of leading a show at such a young age?
I am doing something which I love a lot and getting paid for it, so it is a win-win situation for me. I feel the pressure sometimes, because I am just 17-yearold and there are days when I get scenes back-to-back. On days I don’t get a break or feel irritated, I constantly remind myself that I always wanted to work hard like this. So, even if I don’t get a day off, I’ll not regret it because I love to be on set and perform in front of the camera. The new scenes I get daily give me happiness. Our direction team and the entire cast sit together and discuss the scenes, like how it can be portrayed and how can we make it look different. Sometimes we rewrite the scenes because all our focus is on delivering good content and great performances. I never feel the pressure and am enjoying the work.

Have you had a chance to enjoy your career success?
This is not the pinnacle of success for me. I have to achieve much more than this. I start my day with gratitude in the morning like, ‘I have a show and am working as the lead’. This show just motivates me a lot to do better day by day.

What has it been like working during the pandemic?
Shooting during the pandemic was quite risky but at that moment, I was direly looking out for work. It was much needed to be honest, as I was facing financial difficulties. I was ready to work for any show. I was ready to do cameos also. Unexpectedly, I got Imlie! I was just asking for work or smaller roles, but by God’s grace I bagged this amazing project. In the initial days, two to three people tested positive on our set, and during that tenure, it was risky for all of us. But as the days passed by, everything became normal, and Allah’s blessing are always there upon me and that’s all that I know.

How is it now?
Now everything has settled down because of the Covid protocols. We shoot with a smaller number of crew members on set and have accepted the new normal situation. I hope soon things will regain their normalcy.

What is the plan going forward and do you have a dream role?
I don’t have any dream role in mind. I just want to live each and every character I play. I want to experiment with more roles. I want to test myself and learn how capable I am to pull off those characters. Right now, this is just the beginning. I believe in giving my hundred per cent every single day. For me as an actor, I feel I have to do more characters. And I want everyone to know that Sumbul Touqeer is not just made for Imlie, Sumbul Touqeer can do anything. I see myself experimenting in many roles in genres such as fantasy, romance and horror. I want to explore myself. I have just started my journey and have a lot of things ahead in my career.

You are becoming a hero for many, but who is your hero?
My hero is my father. It is only because of him I am here right now. He has put in a lot of effort for me. As we always say, our parents know the best in us. And because of my dad’s conviction and efforts I am here. I want to make him proud.

What kind of content do you enjoy watching as an audience?
I don’t get much time to watch much content, but I used to see a lot of comedy and happy films for enjoyment such as Hindi Medium. All The Best is my alltime favourite. I also like thrillers and want to watch a film called The Shining.

Do you have a way of working?
I don’t like to rehearse much as I read the whole script and it easily fits in my mind. I don’t mug up each and every word, but I say exactly what is written in the script. I just get deeply involved in the character and coming out of it becomes really difficult.

Tell us something not many people know about you?
Things about me which people don’t know? I love to skate a lot. I cook as well and am a foodie too. I do painting and drawing, and sometimes post my art pieces. (Laughs) I love eating fried fish, which is an unknown fact about me.

What inspires you?
My inspiration comes from everyone who is around me. I like to learn something from them. Initially when our show started, a big broad printed banner was released, and in that poster three of us were pictured – Aditya, Malini and me. The show’s banner inspired me as that’s where I always wanted to be. And my co-stars inspire me; for example, Gashmeer (Mahajani) maintains his body by hitting the gym, so that inspires me to stay in shape or Mayuri (Deshmukh) only eats healthy; so that too inspires me to eat clean always.