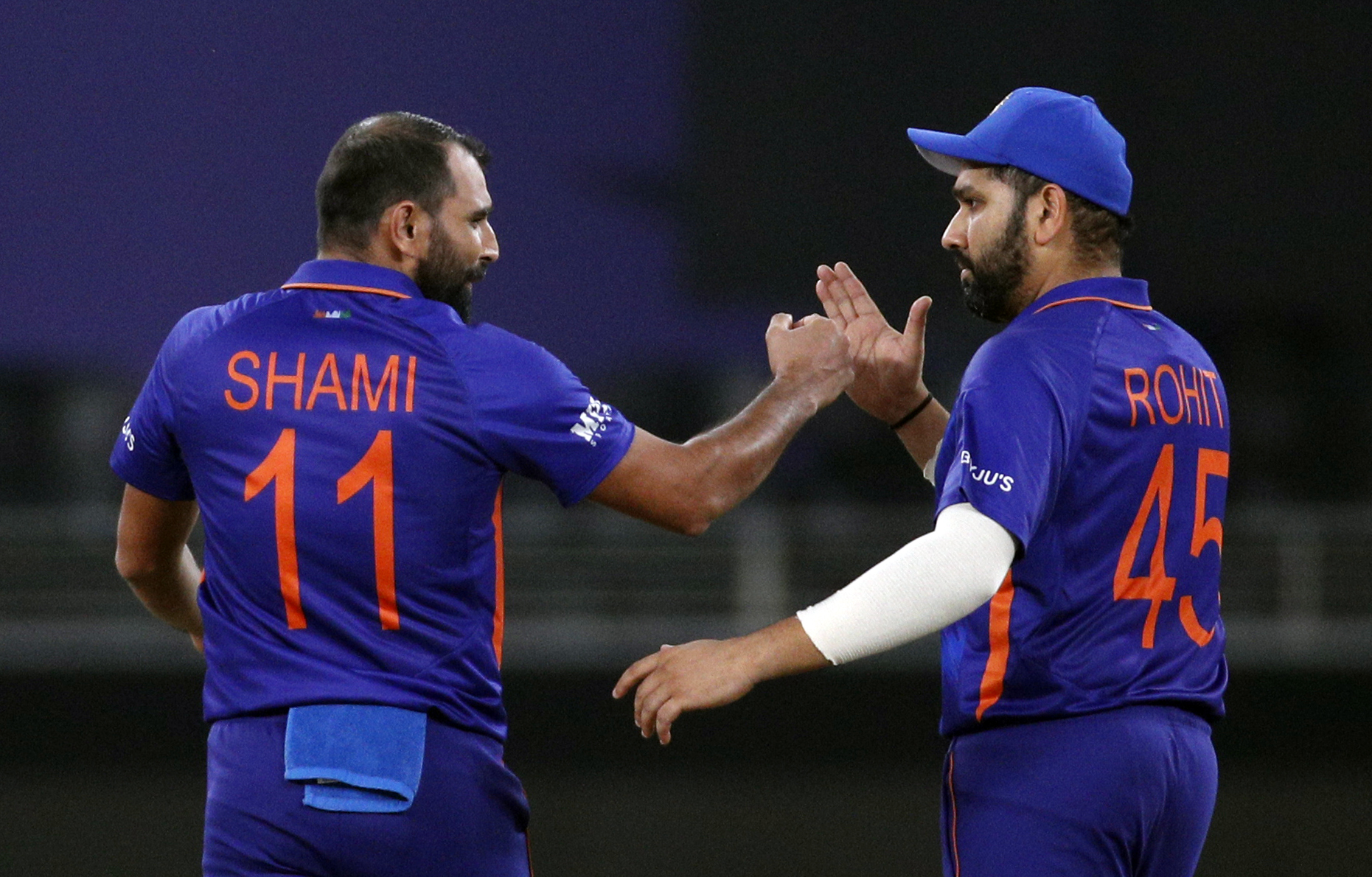 FORMER Twenty20 World Cup champions India kept alive their slim chances of making the semifinals with an eight-wicket rout of Scotland in their Super 12 Group II match on Friday (5).

Virat Kohli elected to field after winning his first toss of the tournament and the 2007 title holders bundled out the Scots for 85 in 17.4 overs at the Dubai International Stadium.

KL Rahul blasted an 18-ball fifty as India chased down the paltry target in 6.3 overs for their second win in four matches.

Unbeaten Pakistan have already qualified from the group with eight points.

New Zealand beat Namibia earlier on Friday (5) to sit in second place on six points with India third on four.

Importantly for Kohli’s team, they now have the best net run-rate in the group should it be required in case of any qualification logjam.

“I don’t want to say too much about today because we know how we can play,” Kohli said after the win.

“We spoke about 100-120 max, but we restricted them to a total that allowed us to leapfrog everyone else.”

“We spoke about finishing in the 8-10 over bracket.”

India’s fate in the tournament is beyond their control after thrashings by Pakistan and New Zealand in their first two games.

Kohli’s men snapped their losing streak against Afghanistan but must handsomely win Monday’s final group match against Namibia and hope Afghanistan beat New Zealand to have any hope of reaching the last four.

Kohli’s wretched luck at the toss finally snapped on his 33rd birthday and the India captain elected to field.

Jasprit Bumrah drew first blood when he pegged back Scotland captain Kyle Coetzer’s off-stump in the third over.

Left-arm spinner Ravindra Jadeja (3 for 15) began with a two-wicket over, removing Richie Berrington and Matthew Cross, to hollow out the top order.

In Shami’s (3 for 15) third over, three wickets fell in three balls, including a run out, as Scotland collapsed in a heap.

Rahul (50) hit three boundaries in Brad Wheal’s first over to signal India’s intention to quickly wrap up the victory and boost their net run-rate.

At the other end, Rohit Sharma was equally aggressive hammering 30 off 15 balls before falling lbw to Wheal.

Rahul smashed three sixes in his blistering fifty before holing out in the deep and Suryakumar Yadav sealed their easy victory with a six.

“A tough day in the office, we were outclassed in every department,” Coetzer said after Scotland slumped to their fourth defeat in four matches.

“But the only way we’ll improve is going through games like that and taking it head on.”