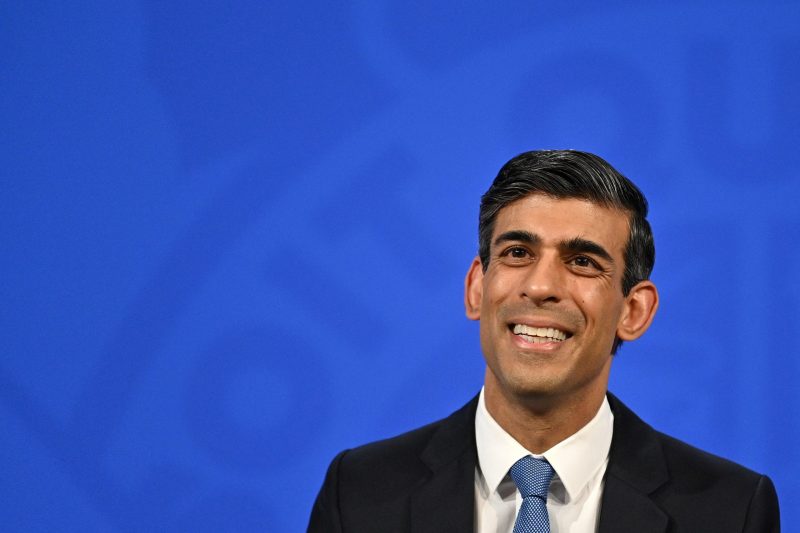 Britain’s chancellor Rishi Sunak is on a meteoric trajectory that could, if Boris Johnson is forced out, propel him next door to 10 Downing Street to become Britain’s first Hindu prime minister.

It would mark a historic landmark, for a descendant of immigrants from Britain’s old empire in India and East Africa, to take command of the world’s fifth largest economy.

A details-oriented policy wonk, the 41-year-old has promoted a carefully curated image on social media since he took over as chancellor of the exchequer two years ago at the beginning of the Covid pandemic.

In India, he is better known through his wife Akshata. She is the daughter of Indian tycoon Narayana Murthy, the billionaire co-founder of information-technology group Infosys.

Already wealthy through his prior business career, Sunak was named as Britain’s first Hindu chancellor on February 13, 2020, and swears his oath of allegiance as an MP on the Bhagavad Gita.

Later that year, he marked the Hindu festival of Diwali by lighting oil lamps on the front step of his official residence at 11 Downing Street — while urging other Hindus to stick to England’s then Covid lockdown.

That same evening of November 13, 2020, Johnson and his partner Carrie were allegedly violating the lockdown by partying with friends to celebrate the downfall of his then-chief advisor Dominic Cummings.

The apparent rule-breaking and history of mendacity attached to the “partygate” premier are in contrast to the teetotal Sunak, who admits only to a fondness for Coca-Cola and sugary confectionaries.

Sunak was barely known to the British public when Johnson made him chancellor, after only five years in Conservative politics. Covid-19 was then spreading, but not yet grounds for panic.

But while UK unemployment is now falling, Britons under Sunak’s watch are also facing a cost-of-living squeeze with inflation accelerating at the fastest pace in decades.

While Johnson appears happy to splash the cash, Sunak has earned plaudits from Tory backbenchers for insisting that future generations must not be made to pay the bill.

Fiscal rectitude is key, he says, and his family values mark another return to Tory tradition after the thrice-married Johnson.

Sunak is also the first person born in the 1980s to hold one of the so-called four great offices of state: prime minister, chancellor, foreign secretary and home secretary.

He is the member of parliament for Richmond in Yorkshire, northern England — a safe Conservative seat he took over in 2015 from former party leader and foreign secretary William Hague, who described Sunak as an “exceptional individual”.

Theresa May gave the Brexit supporter his first job in government in January 2018, making him a junior minister for local government, parks and troubled families.

Sunak’s grandparents were from Punjab in northern India and emigrated to Britain from eastern Africa in the 1960s.

They arrived with “very little”, Sunak told MPs in his maiden speech in 2015.

Sunak’s father was a family doctor in Southampton on the southern English coast, and his mother ran a local pharmacy.

Born on May 12, 1980 in Southampton, he studied at Winchester College, one of Britain’s leading private boarding schools, where he was head boy.

After waiting tables in a local Indian restaurant, Sunak studied at the University of Oxford, graduating with a first-class degree in philosophy, politics and economics.

In 2006, Sunak gained a master’s degree in business administration from Stanford University in California, on a Fulbright scholarship.

He met Akshata at Stanford and they lived in California and then returned to Britain, where he worked in finance for Goldman Sachs before making millions in hedge funds.

The Sunaks have two young daughters — along with a photogenic dog — and the minister’s Instagram-ready profile has earned him the media nickname of “Dishy Rishi”.

But if Conservative MPs do tire of Johnson, Sunak’s past investments and relative lack of experience will come under the spotlight.