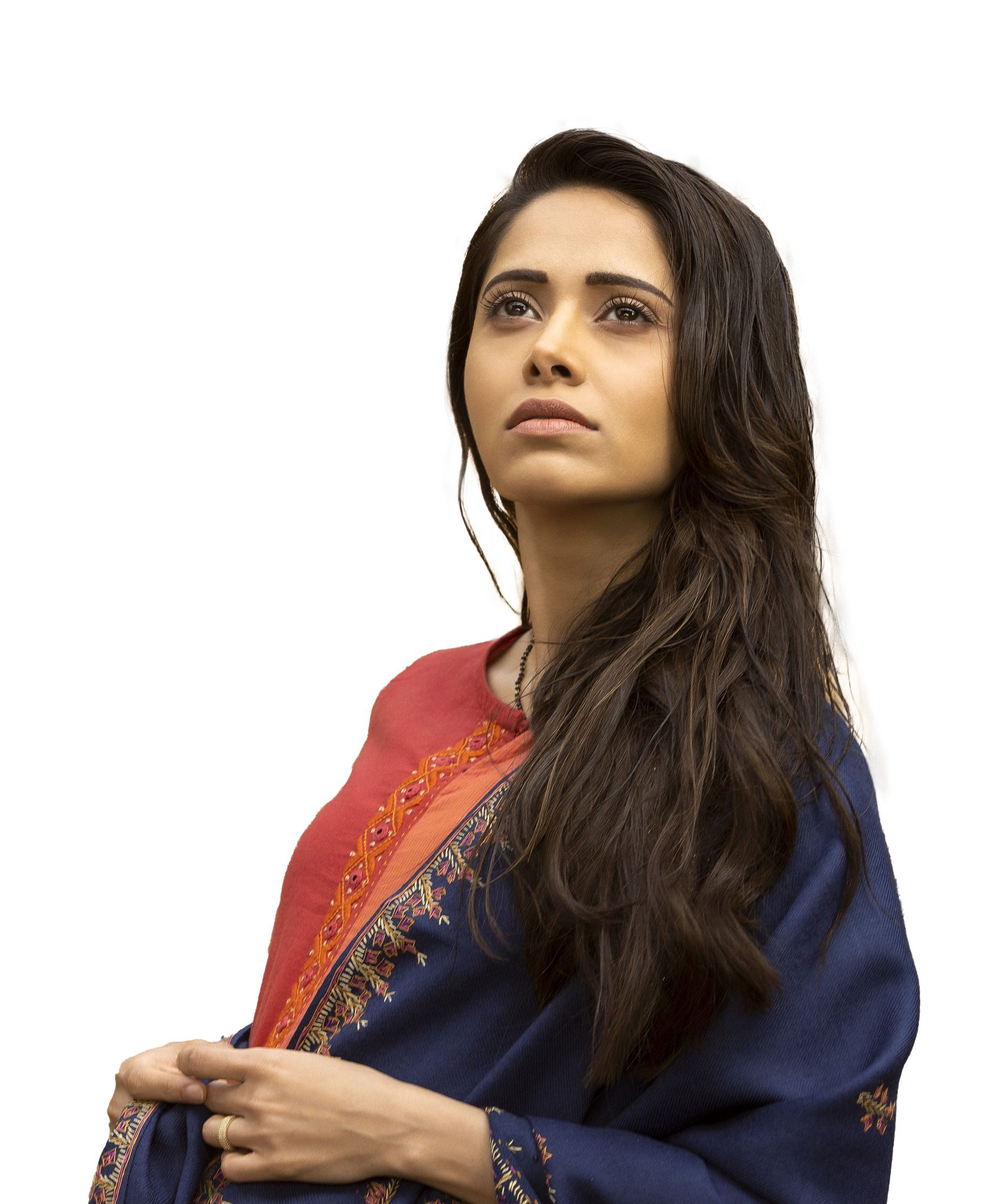 NUSHRRATT BHARUCCHA SPEAKS ABOUT HER SCARY REMAKE, ROM-COMS AND AVOIDING SNAKES ON SET

AN INTERESTING variety of work has quite comprehensively shown that Nushrratt Bharuccha is one of the most versatile actresses working in Hindi cinema today.

Eastern Eye caught up with the popular actress to discuss Chhorii, the pressure of starring in a remake, upcoming movies and more.

How do you feel about carrying a film on your shoulders for the first time with Chhorii?
I think I am very eager. The nervousness has not set in yet, and I am not scared at all. I don’t feel a pressure or a responsibility, and honestly, don’t feel I am carrying the film on my shoulders alone. It’s equally the director, producers, and everybody else involved in the film’s process. It’s a shared responsibility and credit, and only if they do their job 100 times better, I will be able to do my job 100 times better, and a film will come out much better, especially, one that is a remake of an already successful film. They have equal amounts of pressure. I don’t like taking pressure and am chilled. I’m happy with what I have done and what we have made as a film. The rest is up to audiences.

Chhorii is a remake of the Marathi film Lapachhapi. So, have you seen that movie?
I haven’t seen the film till now. Yes, I have really not! I consciously chose not to see it because for a film like a horror, thriller, or suspense, once you watch it, you have lost the thrill, fear, and the suspense of it. I had to live that film for 28 days while shooting; so had I seen it before, I would have already known what’s coming next and that would have affected my performance.

Tell us more about that preparation?
I wanted to try in a different way, in terms of prepping. I wanted to know what it feels like walking into a dark room and not knowing where the chair, bed, light switch or the doorknob is. So, I didn’t want to know the film. I wanted to go into it completely blind of what’s coming next and let the reactions come as organic as it could be.

Pooja Sawant, who played the lead role in Lapachhapi, gave an amazing performance in the film. Do you feel pressure about any comparisons?
No, I don’t take unnecessary pressures and stress in life. (Laughs) I already have enough of them on a regular basis. I don’t think I have room for anymore and not consciously taking any for sure. Of course, people will compare it. Audiences and critics will do a comparison because it is a remake and fairly recent, so why not. Whatever I read from that will only motivate me or validate me in one way or the other.

What do you mean?
It’s all going to be added in my learning experience and I take it like that. As far as me getting affected is concerned, I don’t get affected by it. We have seen enough remakes and have seen actors do whole spectrum of emotions differently from what’s happened before, which is what makes an actor so individual. They have their own set of expressions or emotions. So, I have done my version of it, Pooja had done her version; everything else is up to you all.

A lot of actors have earlier stated that when they work on a horror film, they feel some paranormal activities during the shoot or afterwards. Did you face any such things while shooting for Chhorii?
Nothing like that! The location that we were shooting at was very spooky and eerie, and it had its moments like what’s there and what’s not. But apart from that, what scared me on a daily basis were the snakes, and there were some creepy crawlies certainly. I was bare feet in the sugarcane fields, and that was scarier. I was hoping to not step on something and that something doesn’t bite me. But yes, nothing paranormal happened.

You are known for romantic comedies. Do you think after Chhorii releases, filmmakers and audiences will see you in a different light as an actor?
I hope so, but don’t know if I am hoping for it. I am just very happy with the kind of work I am doing. I love doing my rom-coms and definitely don’t want to not do them. I will do a rom-com tomorrow if it’s offered to me. But, I am also somebody who likes to do different stories, characters and genres, along with pushing a story, making it edgier and darker. I like that space as well. So, I want to do it all. But, how audiences, makers and other people are going to view me, I would not like to think about that.

It seems that enjoying your work is the priority for you…
I would still like to just do what I do and enjoy what I do on an everyday basis and take it from there. I think my worry is not that they will see me in a different light or not, or whether they will typecast me or not, I have gotten over these things a while back. I think it stopped bothering me right after Pyaar Ka Punchnama. I think what bothers me truly is when I walk on to set, and don’t feel the joy that I feel. If that day comes, I will not know what to do. Everything else is just add-ons and side dishes, the main course is my joy, which I have.

Chhorii is coming on Amazon Prime video, and it will reach to wider audiences. But watching a horror film in a theatre is a different experience. Do you wish that maybe this film should have released in theatres?
To be very honest, I don’t have any such wishes. Even Chhalaang came on Amazon Prime video and even then, I was asked (the same thing) because in terms of visuals it was a film that captured sports on a larger scale and apparently would feel better in a theatre. Those are thoughts I leave to the makers and directors. As an actor, I do what I do, and my main objective is that the work we have done reaches the audience. We are in an unprecedented time and situation where theatres were shut, and OTT platforms gave a new life, where the work we have done reaches audiences.

Yes, it has expanded the reach…
They are able to view it with whatever experience they can, like some people watch it on phones, some will have larger screens at home with better sound system and they create the atmosphere to kind of enjoy it like they are watching a film in a theatre. So, to each its own – however they want to view it. As long as it reaches them, my job and reason of being here is done. What a theatre could and could not do to a film like Chhorii, I would never know. So why think of something that I will anyway never know.

You recently came back on the sets of Ram Setu. How’s the shooting going on?
Great! It’s one of my happy places. I love being on set with Akshay sir (Kumar), Jacqueline (Fernandez), Abhishek (Sharma), Shikha (Sharma) and Vikram (Malhotra). I think the whole gang is so amazing. We have so much fun. We eat lunch together, chit chat, play music through the day, crack jokes and are always just chilling with each other. It’s one big happy family. Today, they are shooting somewhere else, and I am not there, and I actually messaged them that if I get done early from here (interviews), I am going to drive to set and sit with you all for a while.

You have Hurdang and Janhit Mein Jaari lined up. Is the shooting of these films wrapped up?
Hurdang is done; we finished it a while ago. I don’t know the plan for its release yet. But Janhit Mein Jaari, I still have another 10-15 days to go, to which I am going to go right back after Chhorii releases. I will be flying out for it on November 26.