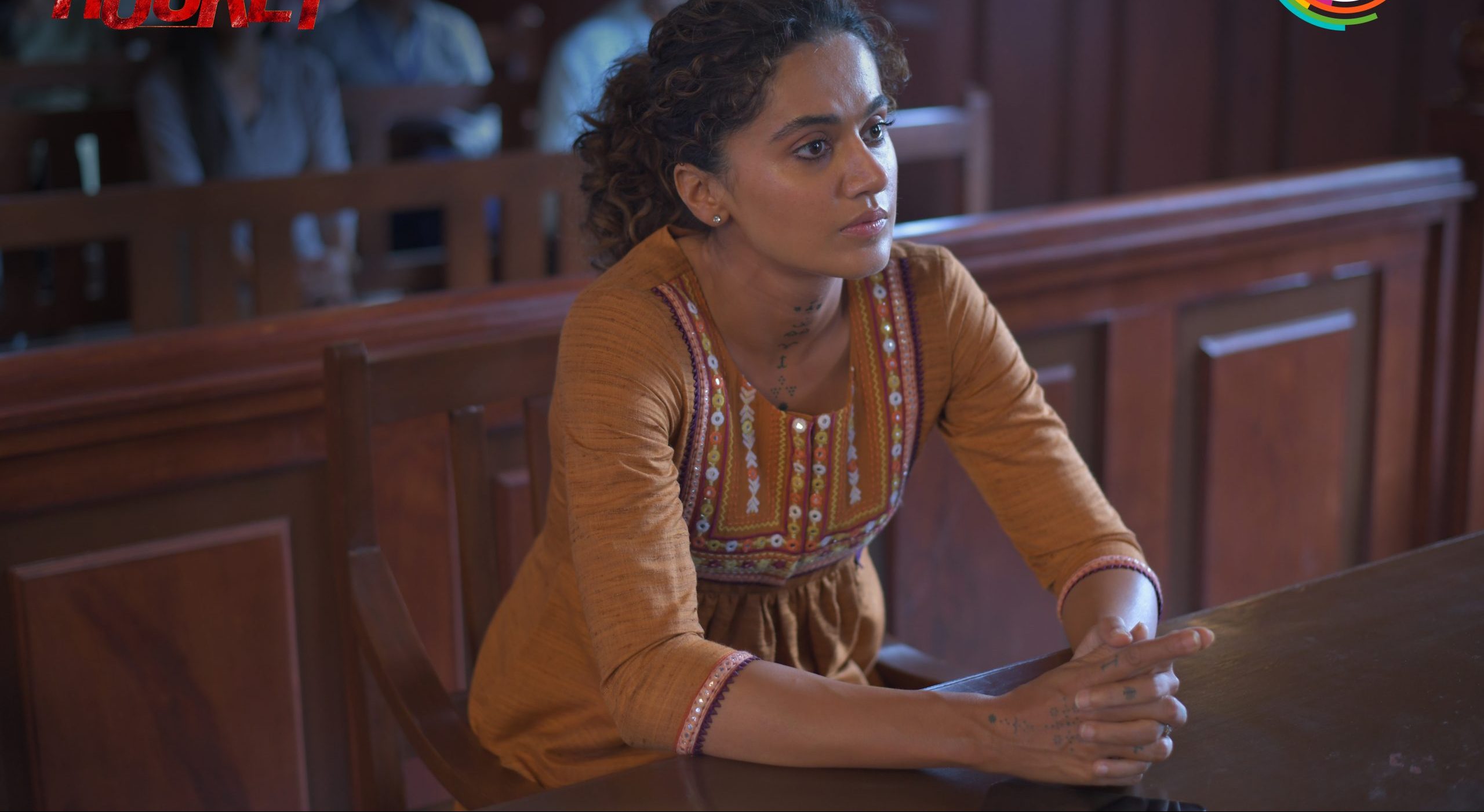 The versatile star has once again shown off her remarkable range in the role of a gifted athlete who finds herself in an unexpected battle, when she fails a gender test. The hard-hitting drama adds to her impressive body of work that exudes girl power.

Eastern Eye caught up with Taapsee to talk about her physical transformation in Rashami Rocket, why she didn’t mind being trolled on social media, keeping up with a busy work schedule and more.

Everyone is talking about your physical transformation in Rashami Rocket.

How difficult was it?
It didn’t happen smoothly. It was very difficult and needed to be difficult. I am playing a track and field athlete who is probably at the highest fitness level. Every muscle of the body needs to be at its fittest best, to be a sprinter. So, it needed that kind of preparation. I have a lot of admiration for our sports stars. They are the real heroes and deserve the perfect representation on screen.

Tell us about the training you went through for the role?
It was a very life-changing routine that I went through from January 2020 till January
2021 with a gap of five months in between, which was the lockdown. It (lockdown) almost made me feel like a big question mark – if we will ever be able to shoot this film. But we had to get back and again start from scratch. For a girl who never went to gym much, it was hard to lift those kinds of weights. I was on track everyday at six o’clock in the morning before sunrise in Uttarakhand, when it was six to seven degrees Celsius. From the start point, I couldn’t even see the finish line 100 metres ahead because it was so foggy at that hour. So, they were really tough conditions. I was shooting in remote areas, and had to continue training, so went to some crazy underground gyms. I will remember those things for the rest of my life.

When the first look of the film was released, some people on social media called yours a manly body. Does it hurt as an actor when you put in so much effort and get trolled?
That trolling helped me propagate my idea for doing the film. It was good for me that they trolled me, by calling me a man or looking like a man. That really helped me push the idea of my film even before the trailer was out. So, for me as an actor, it was fine. I wanted those kind of comments. I was working towards a body that would make people say such comments, but it’s sad that real athletes also go through it. They are not asking for it, but I was, because I wanted them to fall in the trap of what I was trying to get through. But real athletes also go through it and don’t want that. So, that is what is heart-breaking. What happened to me was good.

Did you meet any real-life athlete to prepare for your character?
No, because we didn’t want to focus on only one person’s journey. I had enough material to read and see to prepare. I didn’t want the story or character to look like one particular athlete. Also, not enough athletes would want to come out and talk about the fact that they have failed a gender test. It’s very difficult to track them because it’s a big social taboo.
So, it’s not easy to get access to girls who have gone through it.

On social media, people are saying that if Taapsee goes to court in a movie it becomes a hit and she gets awards. Do you believe that?
Well, I wish so. If that becomes true, I don’t mind going to court in every film I do from here onwards. I don’t mind it being my lucky charm as long as it’s giving me good hits.

In films, Gujarati characters often have stereotypical accents, but in Rashmi Rocket, you don’t. Was it a conscious decision?
Yes, it was a conscious decision because as you rightly said, it has been portrayed in a very caricatured way for the longest time in movies. I didn’t want the attention to go on the
accent. Everyone was very clear that we want this character to not look as if she is only representing a certain region because we wanted it to look like this can be any girl from any part of the country. So, we didn’t want to give her a small-town feel. When you see the film, you will know she has studied in the city and her daily job is to talk to tourists. She takes them for treks and interacts with people of different accents and countries daily. She has a decent enough exposure and is well educated, so she is going to have a neutral accent.

What was it like to shoot a dance number in a film after such a huge gap?
I think it was just long due. It was Pranjal (Khandhdiya), my producer, who said this will have everything a commercial film has. Your adrenaline rush is there because of the sports part and your naach-gaana will also be there. Just that it won’t be a brainless song and dance; it will be in the film when you actually want to celebrate. There’s a reason for it, and it won’t be as if it abruptly cuts and the girl starts dancing.

You went through a physical transformation by training for this film, but has a filmmaker or casting director ever pressurised you to go under the knife?
No, and if it happened, it must have happened behind my back. I didn’t really have anyone who told me that. I actually didn’t even have people who actually told me to reduce weight or put on weight. Nobody really told me any of that.

You have six to seven films lined up right now. How are you managing shooting, promotions and even producing now?
It is exhausting, especially being a producer. When I was shooting for Blurr, I was an actor and a producer, so was mentally very exhausted. But I have realised that when you are just an actor it is slightly better than being an actor and a producer on the same film. And yes, I have a couple of films lined up, but it was planned in such a way that I will always have one film start to end and then will move to the other one. It was not meant to overlap. But, because of lockdown all my buffer dates, which were meant to be my ‘me time’, where I can detox, relax, and get ready for the new film, was taken away.

Is that still the case?
I feel by 2022 I will have a little more space in between my films, but because of these two lockdowns things got a little cramped up, which exhausted me. The good thing about lockdown was that there were no releases because of which the promotions didn’t happen. So, promotions and shooting together was not happening, but now things are opening so that will start coming on to the head.

Many producers have announced the release dates for their upcoming films. Is there any update on your forthcoming films Looop Lapeta, Shabaash Mithu, and Blurr?
I am also waiting for that. I have been after my producers to tell me what is happening and even though they have announced release dates, theatres haven’t been opened fully. So, it’s a big gamble still. People are still going to wait and see how the reaction of the public is when things are going to open up. I am not the producer on all the films, so I don’t have a major say. I wait for my producers to tell me how they are going to release it.

What about Blurr, as the film is produced by you?
The plan is to have a theatrical release and it needs to release after Shabaash Mithu. So, early summer sometime is the plan to release Blurr.

Any update on when do you start shooting for Woh Ladki Hai Kahaan?
Yes, by November.