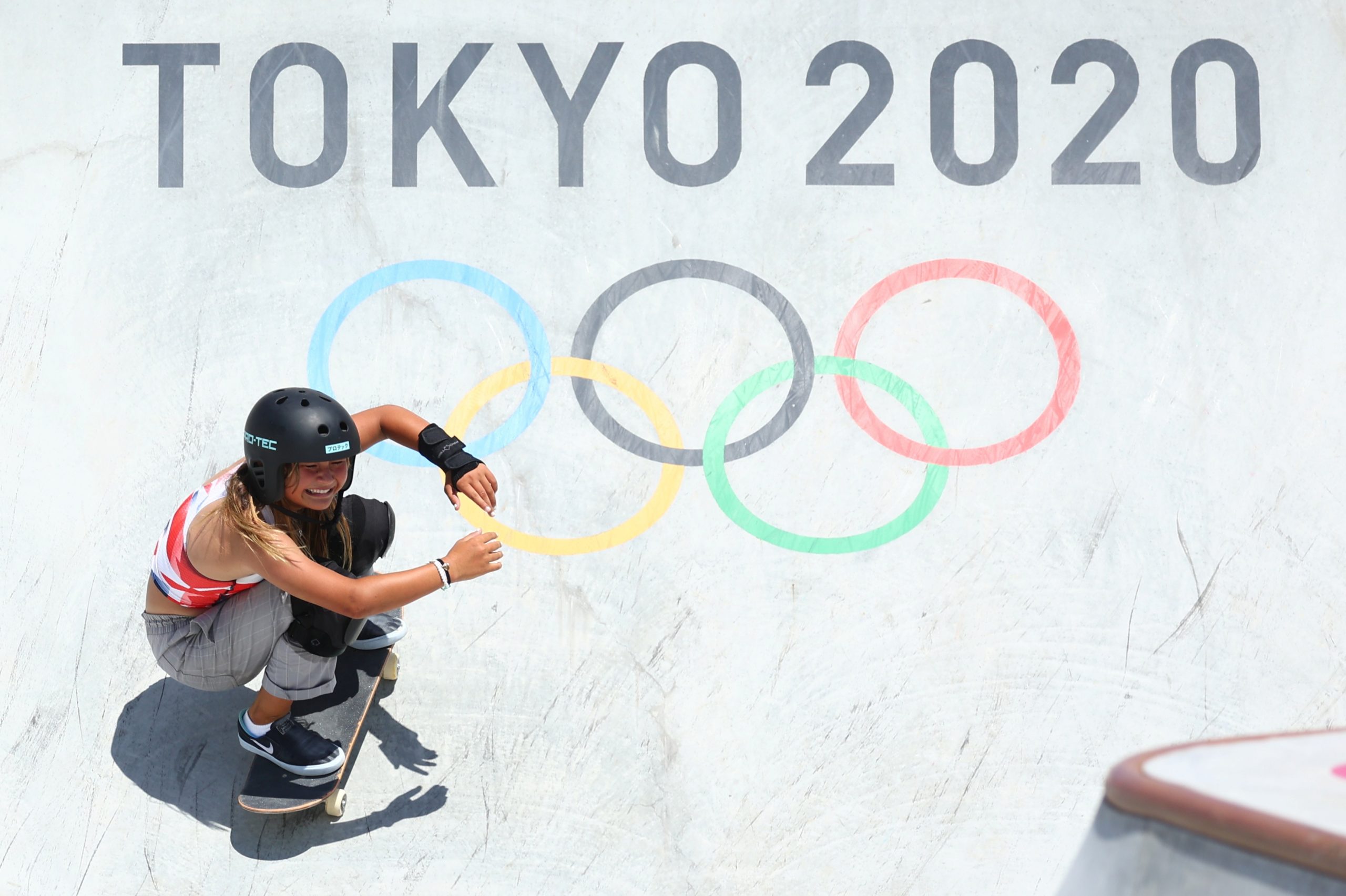 In the gripping final, Yosozumi, 19, landed two 540s in her impressive first run, earning the highest score of 60.09 to vault to top place.

Wednesday’s result meant that Japan has so far swept three out of four gold medals in skateboarding’s Olympic debut. The men’s park competition, the final skateboarding event in Tokyo, takes place on Thursday (5).

Yosozumi, whose first name in Japanese means cherry blossom, told reporters she was focused on riding three perfect runs in the finals.

“I guess you can say I’ve bloomed though, right?” the skater asked reporters with a smile.

Fellow Japanese skater Hiraki, 12, also showed smooth runs throughout the day’s competition, beating Britain’s Brown, who was the favourite to win the event.

Britain’s Brown, who stumbled in her first two runs, came back to her usual form in the end, showing off 540 spins and flip indies in her final run.

“I was like, am I going to make it?” Brown said, referring to her first two runs.

“I’m just so happy to be here with my friends and I’m grateful,” she said, laughing with the other two medallists at a news conference.

The bronze felt even sweeter, Brown said, after she suffered a life-threatening fall last year and spent the pandemic preparing for Tokyo.

“That was a hard time for my parents … so coming back is so cool and it made me stronger,” she said.

Far from the empty swimming pools of 1970s Southern California where this type of skating was born, skateboarding’s Olympic debut in Tokyo marks a turning point for the sport.

At times, the young skaters looked impossibly small against the giant grey and purple ramps and bowls at the Ariake Urban Sports Park that is emblazoned with the five Olympic rings.

In one of the most touching moments of Wednesday’s (4) competition, skaters from Australia and Brazil rushed to comfort Japanese skater Misugu Okamoto, who went into the finals in the lead but kept failing to land one of her most complicated tricks in the finals.

After Okamoto, 15, picked herself up and walked out of the bowl wiping away tears, other skaters lifted her onto their shoulders to celebrate her runs.