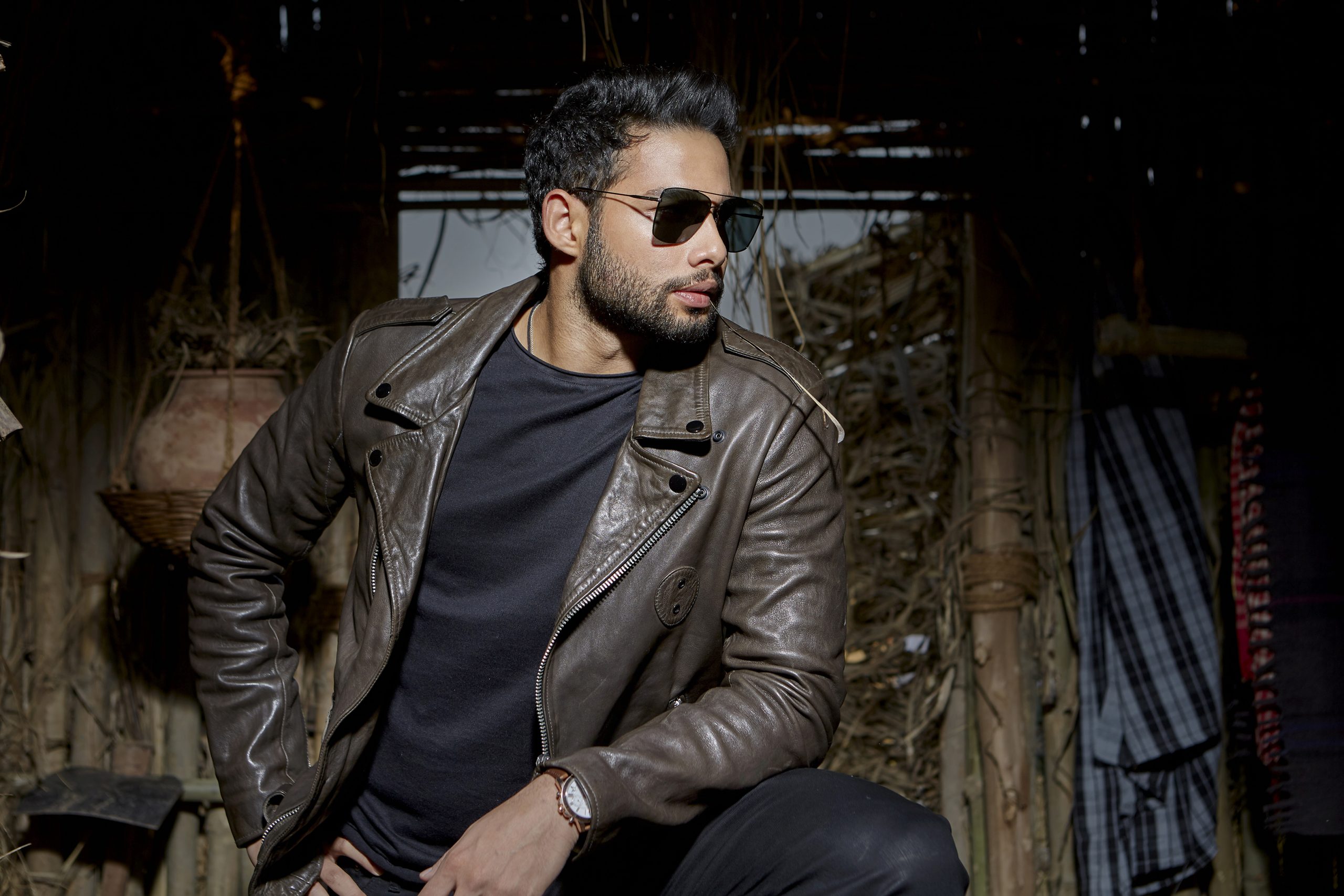 TALENTED NEWCOMER ON HIS NEW FILM, COMEDY AND NOT PLAYING IT SAFE

ALTHOUGH he had delivered accomplished performances in the web series space, everything changed for actor Siddhant Chaturvedi after the incredible success of his debut movie Gully Boy.

His stunning supporting role not only captured the soul of the 2019 musical drama, but also won him worldwide attention for his incredible acting ability.

Although he expected it to be a good film, the actor was taken by surprise with just how much his performance was loved in India’s official Oscar entry for that year.

“I knew my part was good and that it was going to be a part of a good film because of (director) Zoya Akhtar,” said Siddhant.

“But it was not a film made for me. It was not supposed to be like the way it actually happened. I think the audience saw something and connected with my character. In fact, I would say, [they connected] with every character of the film. My own favourite was Safeena played by Alia Bhatt. Every character was written so well.”

Gully Boy gave the actor an opportunity to shine, and he explained that it was a film he had been waiting for all his life, so grabbed the opportunity and just went for it.

“I didn’t compromise with my dreams. I had waited a long time for a character like this. I could have done small films here and there, but I really waited for a film like that which would click and put me on the map. But didn’t expect it to change my life like it did.”

Siddhant won multiple awards for his Gully Boy performance and, not surprisingly, was flooded with offers after its success.

One of these was from Yash Raj Films to play a lead role in comedy sequel Bunty Aur Babli 2. He revealed that he agreed to be part of it because it was a complete package, from the cast, screenplay and producers, to the kind of reach it would have.

“There were a lot of offers and I was reading a lot of scripts. I didn’t want to do anything typical or something just for the sake of it. I needed something challenging, exciting and which would take me pan-India, including these little villages and small towns.

“Also, I am from a small town and come from a financial commerce background, so I know how everything is important, including the producer, director, marketing, the reach of a film, how you present it and everything.

“I wanted to entertain, but also reach every small village and town. I want people to know my name. I want them to know I have so many things to offer. That is why I felt this was the best thing ever. Nothing could have been better or bigger than a franchise like Bunty Aur Babli 2,” he said confidently.

The sequel revolves around two young con artists, played by Siddhant and newcomer Sharvari Wagh, following in the footsteps of the famous hustlers who used Bunty and Babli as monikers. The original duo, portrayed by Rani Mukerji and Saif Ali Khan, are settled into married life, but come out of retirement to find the new crooks cashing in on their name.

“I never thought in my wildest dreams that I would be able to work with Rani Mukerji and Saif Ali Khan. It was an honour to share screen space with them. Both are fine actors, legends, and big stars,” he said. “I think I was fanboying, but they made us feel so comfortable.

Everything went smoothly and they helped us with our characters. We learned a lot from them. Seeing how excited and energetic they still are after years of having been in the industry was inspiring and a really great learning experience.”

Siddhant also praised the film’s writer-director Varun V Sharma and the producer Aditya Chopra for making things run smoothly. To prepare for the challenging role, which saw him and Sharvari disguise themselves as multiple characters for their various cons, he spent months observing people, including his own family. “There were many characters and we needed to be very clear on how we were going to make them distinct through all these cons. As you know, India is a very dynamic country.

There are so many accents, states and languages, so it was very important to figure that out beforehand. In the months leading up to the shoot, I was meeting a lot of people, writing in my diary, recording, and watching many videos. (Laughs) Even my uncles had certain traits I wanted to use. When we finally started rolling, it was a cakewalk. We were just having fun, actually.”

The film has put Bollywood’s rising star in a new space and given him an opportunity to show off his range. When asked which of the many disguises in Bunty Aur Babli 2 were his favourite, he said: “My favourite is yet to be revealed, but is in the second half of the film. My second favourite would be the look (in the trailer), where I say, ‘Game up kar diya humne.’ He looks like someone you would see on a reality show in Delhi, Haryana or Chandigarh. That is one of my favourite characters, with his clothes, hair and accent.”

The 28-year-old explained that he learned a lot playing his first lead role in a commercial entertainer. The biggest lesson was about prosthetics, which were needed for many of his disguises in the film. He overcame hydrophobia for one sequence and revealed how using prosthetics helped with his claustrophobia.

“We used to sit for hours getting the prosthetics done. It was exciting to begin with, but then I began to get a bit claustrophobic when they would put that mask fully on me and fix it to the shape of my face. It would suddenly become black, and I would not be able breathe with the mould stuck to my face. I would start panicking, but then Sharvari would hold my hand and say, ‘relax, it will be fine.’ They would play some fun music to calm me down. So now I have overcome claustrophobia and hydrophobia thanks to this film,” he said.

Like many actors, Siddhant agreed that comedy was difficult to do, but really enjoyed exploring the genre with Bunty Aur Babli 2 because he had grown up watching laughter-filled films.

“I love comedy, but it is very difficult to perform, because there is a way of playing to the gallery and landing those punchlines. But my sense of humour is more natural, and I feel it should come from you. You should not try to make people laugh. I come from theatre where you have to be a little loud, but for the camera you have to be more natural and effortless, and need to understand the situation. It can be difficult for actors to get that comic timing correct, but I really enjoyed it.”

The actor said he wasn’t worried about high expectations after Gully Boy, he was thriving on it and using it as inspiration. “High expectations excite me, challenge me to do more and to do better, to set an even higher benchmark. It doesn’t scare me because I think I am here for a reason. It just makes me more excited, curious and eager to understand what the audience expects.”

The other thing that is driving Siddhant is a deep desire to entertain audiences and feel their love in return. The Bollywood outsider said he had been working towards that his entire life and was now getting the chance to do it. He has been working non-stop for the last five years on various movies that also included a romantic thriller and a full-on action movie.

“I have learned a lot in these last two years and have been shooting pretty much every day. I am on my fifth film now, so I think I have already kind of done a lot. I will wait for these few films to be released and then decide what to do next. I am enjoying being able to do all the genres and am not playing it safe. I just want to go everywhere, touch every base and do every genre. I want to explore myself as an actor and learn new things on the job.”