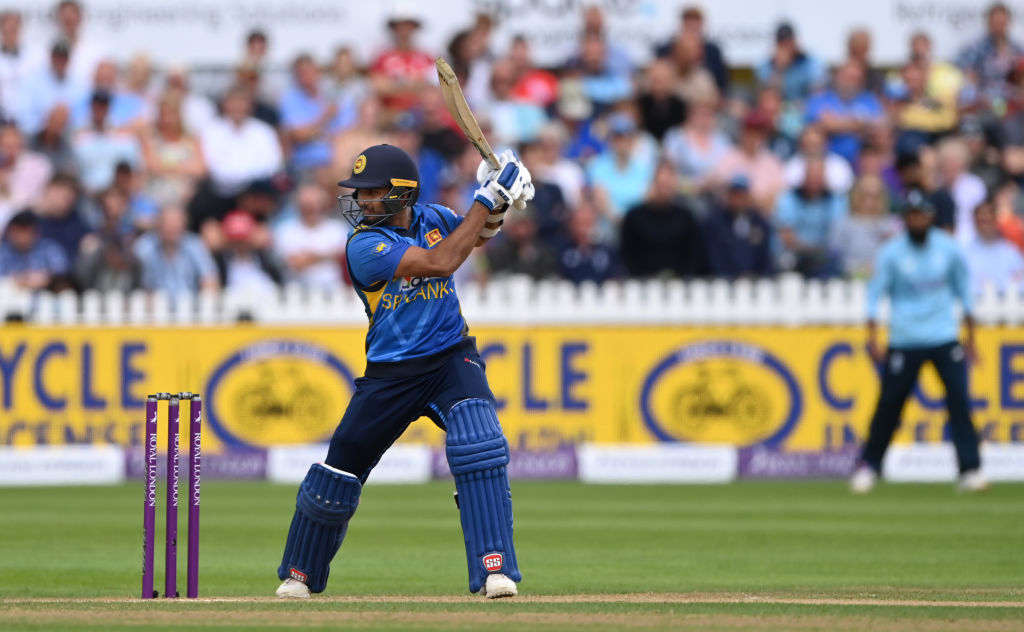 SRI LANKA captain Kusal Perera will miss the upcoming white-ball home series against India due to a shoulder injury, the country’s cricket board said on Friday (16).

Left-arm pacer Binura Fernando, who suffered an ankle injury, has been ruled out of one-dayers.

Sri Lanka are yet to name their squad for the limited-overs series, which also includes three Twenty20 Internationals.

Since Perera was made captain of the side in May, Sri Lanka lost all the three series they played, and Dasun Shanaka is set to replace him as the white-ball skipper, according to media reports.

“Kusal Perera will not be able to take part in the ODI and the T20I series against India owing to an injury,” Sri Lanka Cricket (SLC) said in a statement.

The wicketkeeper-batsman suffered a right shoulder sprain during training ahead of Sunday’s (18) first one-dayer against India.

His absence leaves Sri Lanka with a headache over who to play as the wicketkeeper, with Niroshan Dickwella suspended for breaching bio-bubble protocols in England.

Fernando will miss the three one-dayers against India after he sprained his left ankle during practice on Thursday (15).