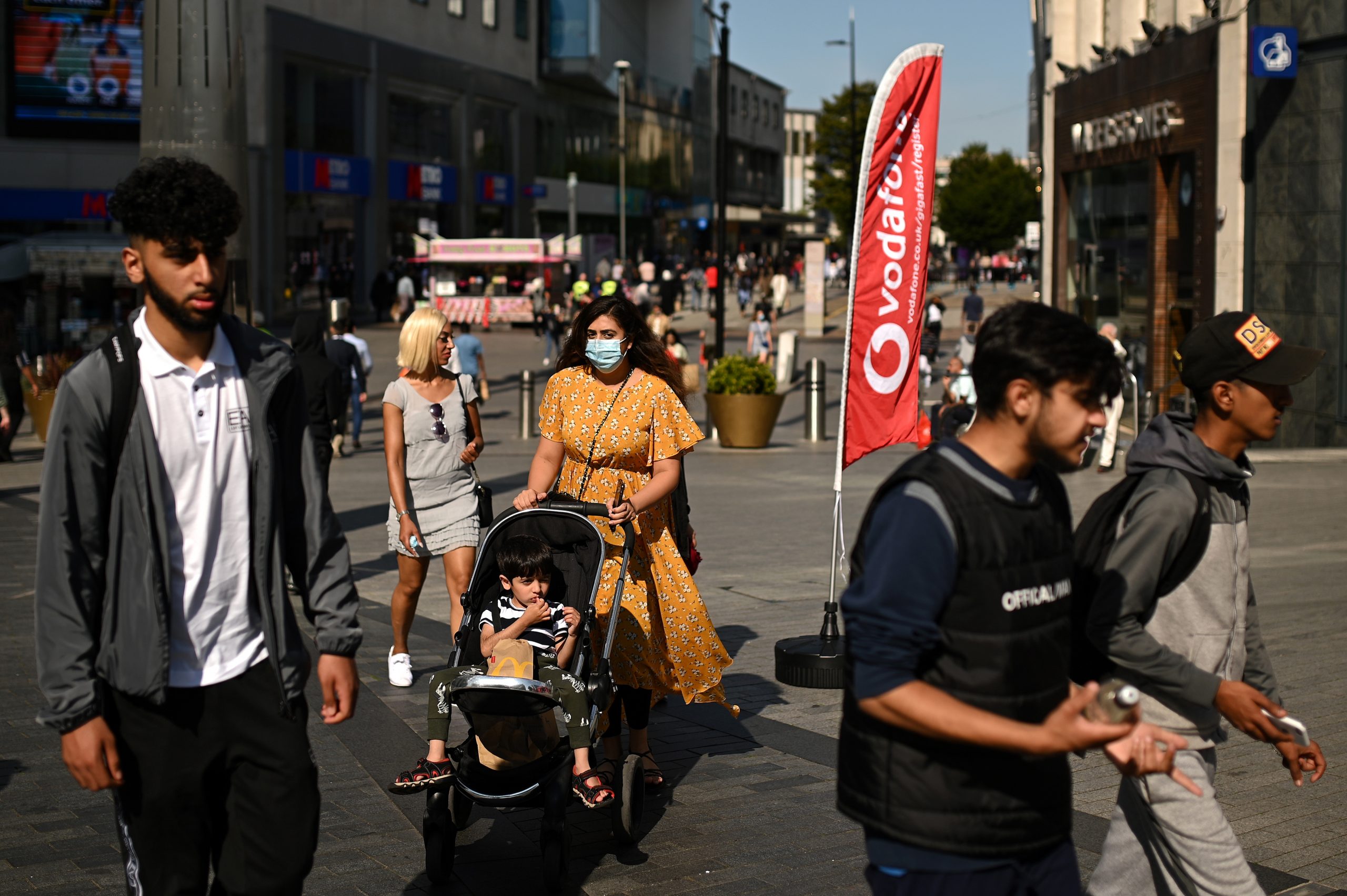 DOCTORS in the UK have warned of the impact a second coronavirus wave would have on the BAME community, claiming the population “remains at higher risk of serious ill health and dying from Covid-19.”

Dr Chaand Nagpaul, chair of the British Medical Association (BMA), expressed his concerns about the potential impact on the ethnic minority community, as he urged “protective measures to be implemented immediately”.

His comments come amid fears of a second spike of the Covid-19 virus within the UK, as cases continue to rise across the country.

As Eastern Eye went to press on Tuesday (22), prime minister Boris Johnson told people to work from home where possible and announced a curb in timings for bars and restaurants to tackle the fast-spreading infection rate.

Although scientists warned that deaths could soar without urgent action, Johnson stopped short of another full lockdown, but said further restrictions could be implemented if the Covid spread was not suppressed.

Local lockdowns have already been implemented in areas such as Lancashire, Tyne and Wear and Greater Manchester.

Dr Nagpaul, who has been vo­cal on the disproportionate im­pact of coronavirus on ethnic mi­nority groups, told Eastern Eye he was “concerned” by the risks relat­ing to the BAME community.

“The risk to the community is just as it was before – people from the BAME community remain at higher risk of serious illness from the virus,” he said on Tuesday (22).

“Therefore, as the virus is in­creasing in its spread, it is a con­cern that this can once again dis­proportionately impact BAME communities. That is why it’s vi­tally important that the measures needed to protect the BAME com­munity are implemented”.

There have been consistent re­ports of ethnic minorities being more at risk of succumbing to the virus since the outbreak in March. In April, data showed 35 per cent of patients in intensive care were from a BAME background.

In June, researchers from the University of Edinburgh revealed that south Asian people are the most likely to die from coronavi­rus after being admitted to hospi­tal in the UK. The study blamed a high rate of diabetes in the Asian population for the increased risk.

Experts believe there are a number of risk factors relating to BAME communities, including living in urban or deprived areas, increased numbers residing in over-crowded or multi-genera­tional households, and working in higher risk occupations.

In June, Public Health England (PHE) published a report with rec­ommendations to address the in­creased risk to ethnic minorities. They included calls to ensure eth­nicity data collection and to involve BAME communities in research to aid understanding of the social, cultural, structural, economic, re­ligious and commercial determi­nants of the virus.

However, Dr Nagpaul noted that the government had not taken any steps to implement the rec­ommendations – although the re­port was published more than three months ago.

“I think it is concerning that we have heard nothing officially yet about implementing the specific recommendations of the PHE re­view,” he said. “It is imperative to make sure the recommendations that can be implemented immedi­ately are done so.”

These inequalities have been found along social, economic, en­vironmental and racial lines which resulted in higher rates of morbid­ity and mortality in the first wave, he said. Nothing much has been done to address that, he added.

“The BAME community re­mains at higher risk of serious ill health and dying from Covid,” the GP told Eastern Eye on Tuesday

The consequences of the coro­navirus and the flu in the winter will “make things worse”, he add­ed. “The economic consequences are bad and inevitable for low-paid frontline health workers, taxi and bus drivers,” he said.

“BAME workers across the pub­lic sector need to be provided with the tools and adequate support to challenge the system for unfair and discriminatory practices that disadvantage them in their work.”

Dr Chand also called on the government to reinforce Covid-19 messages in a tailored and target­ed way in order to help reduce the risk of transmission of the disease in BAME communities.

He said: “To ensure that the BAME communities are prepared for a second wave, (they should be) equipped with health educa­tion and prevention information to reduce their risk of high mortal­ity from Covid-19.”

Dr Dolin Bhagawati, of the Doc­tors’ Association UK (DAUK), said the group remained “very con­cerned” about the effects of the spike on both NHS workers who are of BAME origin as well as the wider population. He also admit­ted DAUK were fearful of the “dire consequences”, should a second wave materialise.

He believes actions to protect ethnic minority NHS workers dur­ing the crisis were not “taken promptly, even after the relation­ship to mortality and morbidity in this population was known”.

Last week, a BMA source con­firmed that they knew of at least 31 BAME doctors who had died from Covid-19.

“Crucially, healthcare institu­tions are yet to risk assess all of their BAME staff,” Dr Bhagawati told Eastern Eye on Tuesday.

“Where risk assessments have taken place, DAUK has been told by frontline doctors again and again that nothing has been put in place to modify the personal risk to them as BAME frontline health­care workers.

“The slow reaction of NHS lead­ership and government regarding the risk to BAME staff has led to frontline workers increasingly los­ing trust in such figures, as this oc­curs against the background of a long history of concerns being identified and not acted upon.”