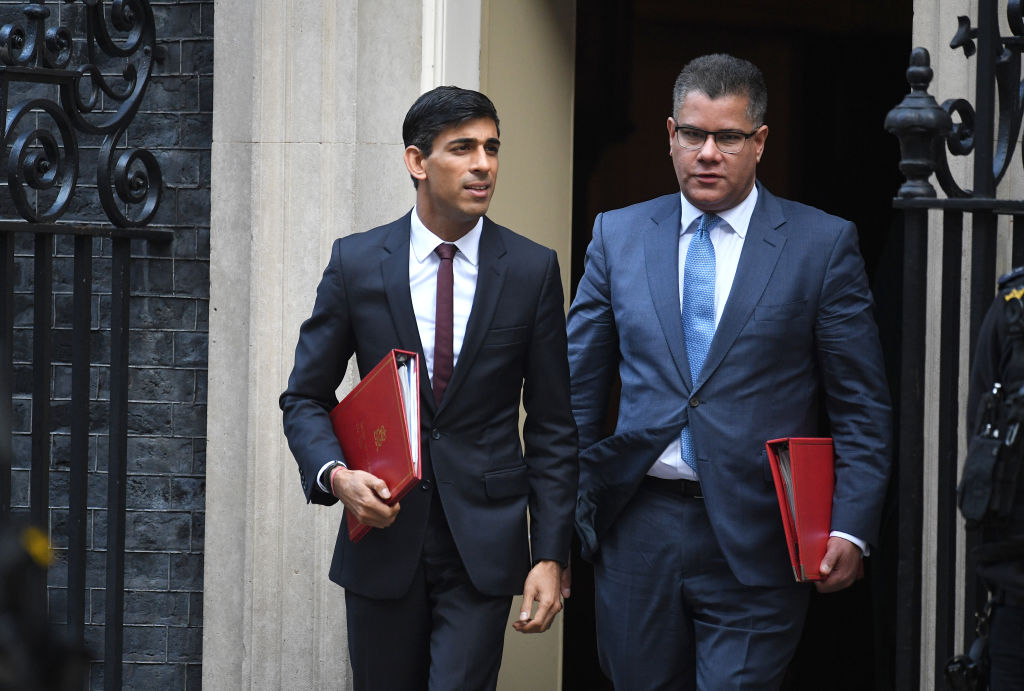 Launched by Chancellor Rishi Sunak and Business Secretary Alok Sharma, the plan will enable homeowners in Britain to sign up under the £2-billion Green Homes Grant, which is expected to slash energy bills and carbon emissions, and also support over 100,000 jobs. (Photo by Leon Neal/Getty Images)

THE UK on Wednesday (30) set out a “biggest in a generation” £3-billion green plan to upgrade the country’s buildings to “save money, save jobs and save the planet”.

Launched by Chancellor Rishi Sunak and Business Secretary Alok Sharma, the plan will enable homeowners in Britain to sign up to savings on upgrades to their homes under the government’s £2-billion Green Homes Grant, with an additional £1 billion allocated to improve the energy efficiency of publicly-owned buildings.

It was expected to slash energy bills and carbon emissions, and also support over 100,000 jobs in green construction for local plumbers, builders and tradespeople across the UK.

“We promised to support jobs and protect the environment – and the Green Homes Grant delivers on this,” said Sunak.

“We’re giving homeowners, landlords and local authorities the funding they need to hire local tradespeople and make our homes more energy efficient. By supporting the green van men and women, we’ll save money, save jobs and save the planet.”

The scheme will see the government fund up to two-thirds of the cost of home improvements up to £5,000, with a target to improve the energy efficiency of over 600,000 homes across England.

“Our plan to upgrade the nation’s buildings and help build back better is good news for jobs, the environment and people’s back pockets, as we reduce emissions and help cut energy bills,” said Sharma, who called on eligible people to sign up to the “fantastic scheme”.

The grants will be offered to cover green home improvements ranging from insulation of walls, floors and roofs, to the installation of double or triple glazing when replacing single glazing, and low-carbon heating like heat pumps or solar thermal – measures that could help households save up to £600 a year on their energy bills.

The Department for Business, Energy & Industrial Strategy also highlighted that £50 million was being made available for social or affordable housing through a “demonstrator project” for the Social Housing Decarbonisation Fund.

“This UK-wide demonstrator scheme will see grants supplied to upgrade the energy efficiency of over 2,000 of the worst-performing social homes,” a spokesperson said.

The government said the new announcements were part of its efforts to ensure Britain meets its legally binding target to reach net zero emissions by 2050, and the “build back greener” pandemic recovery campaign.

Over the past decade, the UK claims to have cut carbon emissions by more than any similar developed country. According to official data from last year, UK emissions were 42 per cent lower than in 1990, while the economy over the same period grew by 72 per cent.

The Girl and the Goddess is a spiritually enriching experience