Sidaquet Sadiq used his web of contacts which spread as far as South America and Dubai to purchase class-A drugs for supply in Greater Manchester and other parts of the UK. 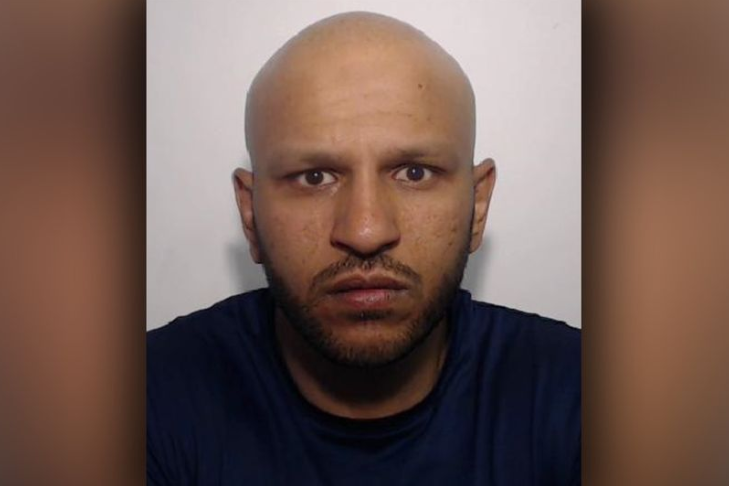 A drug conspirator and firearms supplier from Salford who moved thousands of pounds of dirty money across the world has been jailed for 18 years.

Sidaquet Sadiq who used the encrypted communications network EncroChat to trade in cocaine and heroin was also involved in the purchase and supply of firearms in London, Birmingham and York.

He used his international web of contacts spread as far as South America and Dubai to purchase class A drugs for supply in Greater Manchester and other parts of the UK.

Known by the user handle ‘Mayweather.TMT’ in his Encro network, the 38-year-old earned £250,000 a day from his illicit enterprise, investigations revealed.

Manchester Crown Court heard how his assets were manoeuvred through a sophisticated token system to move cash to Barcelona, Amsterdam, Pakistan and Dubai.

Decoded messages showed Sadiq also helped other members of the organised crime syndicate in laundering money, including moving £250,000 from Glasgow to Amsterdam for an Encro-user.

With the launch of the National Crime Agency’s Operation Venetic – Britain’s largest nationwide law enforcement operation – detectives discovered the extent of his criminal activities when they scoured through thousands of messages captured between March and May 2020, after EncroChat was taken down.

Sadiq was arrested in June of that year and his three mobile devices were recovered.

Sadiq’s sentencing took place on Wednesday. Alongside him, drug courier Junaid Ahmed was handed down six years and six months of imprisonment for his role in the conspiracy.

Ahmed was arrested after he was caught transporting heroin in a sophisticated ‘hide’ in a Skoda car which he used to travel to London.

During the sentencing hearing, Sadiq, who has a wife and children, was described as a “fantastic father”, who vowed to go straight after his release from prison.

Detective chief inspector Claire McGuire of the Serious and Organised Crime Group, said the sentencing of Sadiq was a “fantastic result” of months of meticulous investigation to ensure he was brought to justice for the sheer scale of his offence.

Sadiq who was an “integral player” in the organised criminal gang in Greater Manchester and the rest of the country was responsible for supplying potentially lethal weapons, large amounts of class-A drugs, and moving ill-gotten money on behalf of himself and other unscrupulous people, McGuire said.