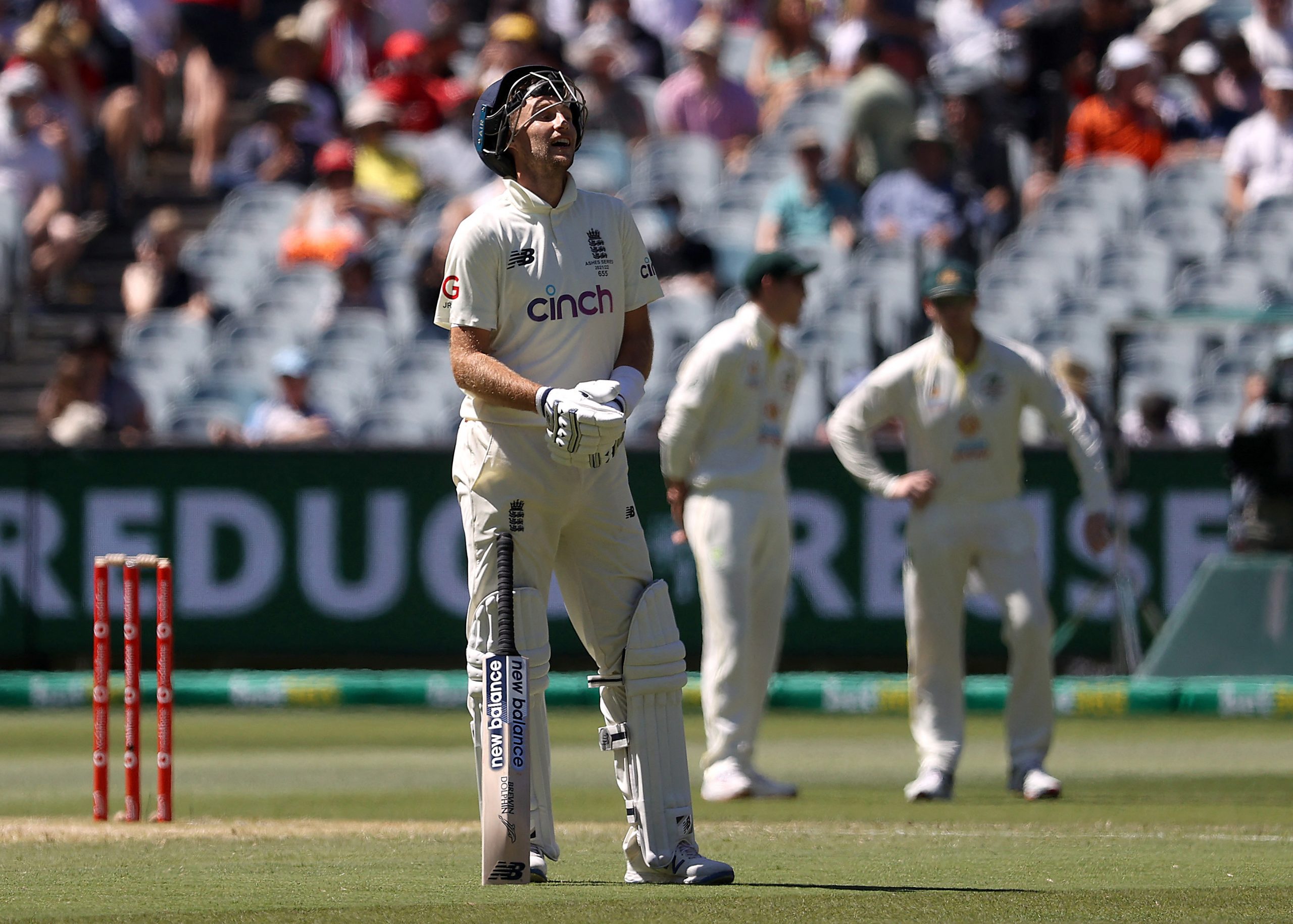 SKIPPER Joe Root said England must “front up” and somehow salvage some pride after surrendering the Ashes series in calamitous fashion on Tuesday (28), admitting Australia have outplayed them throughout.

Pat Cummins’ hosts ripped through the England batting to dismiss them for a paltry 68 and win the Melbourne third Test by an innings and 14 runs to retain the urn.

It followed a 275-run thrashing in Adelaide and a nine-wicket thumping in Brisbane, with two Tests in Sydney and Hobart left for England to save face.

“We have to make sure when we get our opportunities to get ahead we take them,” said Root, adding that England should have scored 250-plus in their first innings rather than slump to 185 all out.

“But last night was an outstanding spell of bowling from their attack and you just have to find a way to get through it. Sometimes it has to just be an hour’s hard grind.”

A hostile spell from Australia in the last hour on Monday (27) effectively won them the match, reducing England to 31 for four, still 51 runs behind.

“We knew going into today we were more than capable of getting ourselves a score and it’s really disappointing that we didn’t manage to do that,” added Root, who must now lift his demoralised team for the fourth Test.

“We have to front up, make sure we stay focused, looking to improve all areas of our game individually and collectively, and we have to have a really strong inner belief to be able to come back,” he said.

“We need to put some pride back. We’re really disappointed to be 3-0 down with two Test matches to go. We have to try and make sure we come away from this tour with a couple of wins.”

Despite admitting they had been “completely outplayed” so far, Root did take heart from their Jimmy Anderson-led bowling effort that restricted Australia to 267 in their first innings, which he called their best day of the series so far.

“They have definitely outplayed us in the three games, we have not been good enough,” he said.

“I also think that the way we bowled yesterday was excellent as well. I’m really disappointed for the bowlers because they kept us in the game, we just have to keep looking to get better.”