Root among early Ashes arrivals as English touch down in Australia 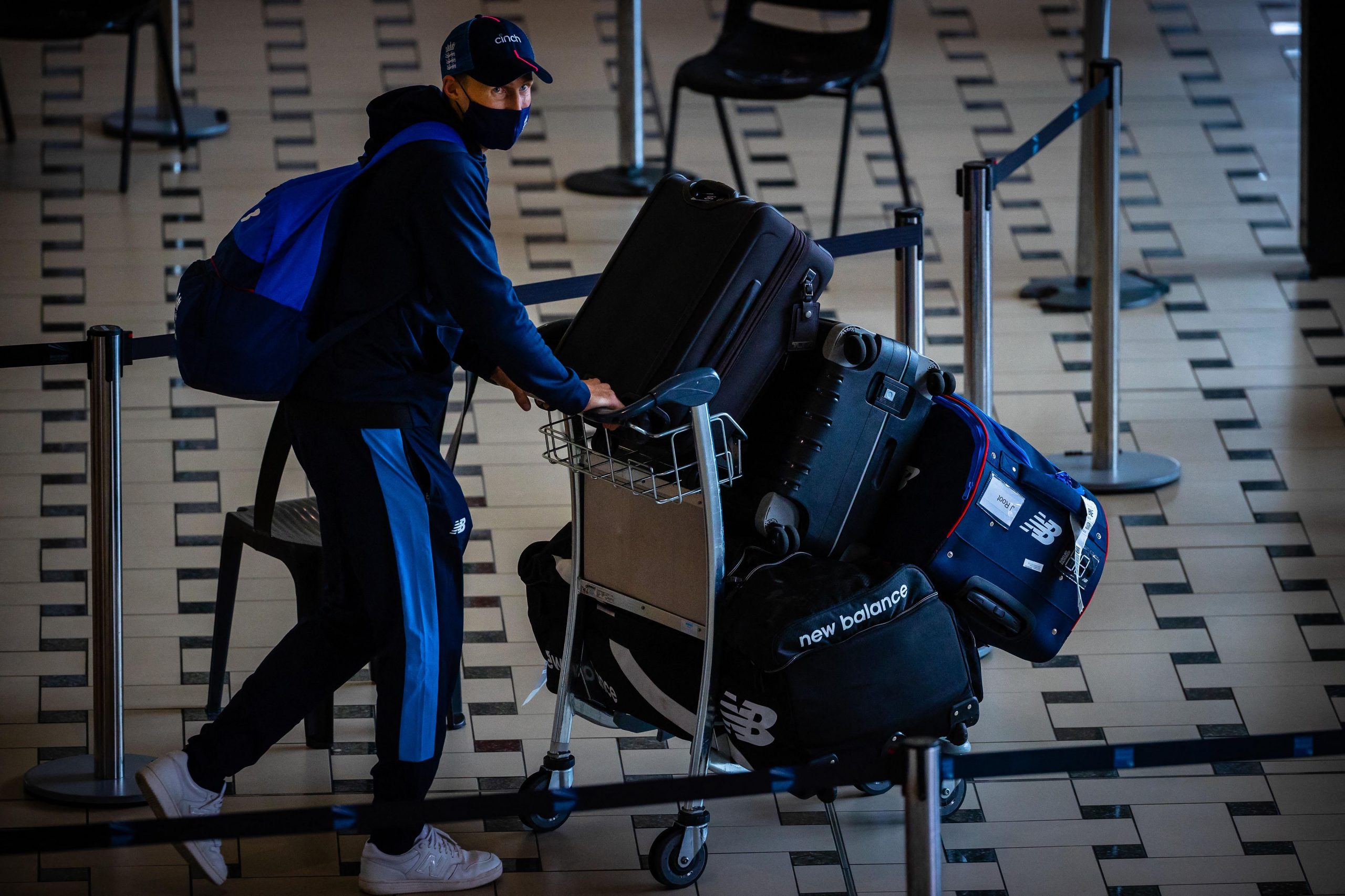 England captain Joe Root ahead of the Ashes series, at the Brisbane airport.(Photo by PATRICK HAMILTON/AFP via Getty Images)

CAPTAIN JOE ROOT and allrounder Ben Stokes were among the first arrivals to touch down in Brisbane on Saturday (6) ahead of England’s Ashes series against Australia.

Root and Stokes are part of a party that will be based on the Gold Coast as they complete required quarantine before the first Test, which starts at the Gabba on Dec. 8.

Other players selected for the squad are participating in the Twenty20 World Cup and will travel to Australia upon the completion of England’s involvement in the competition.

While the England team will be required to undergo 14 days quarantine, the players have received an exemption that will permit them to train under strict conditions.

The English are due to play a three-day warm-up against the England Lions, who also arrived in Australia on Saturday, at Redlands from Nov. 23 to 25 before the pair face off again in a four-day match in Brisbane from Nov. 30 to Dec. 3.