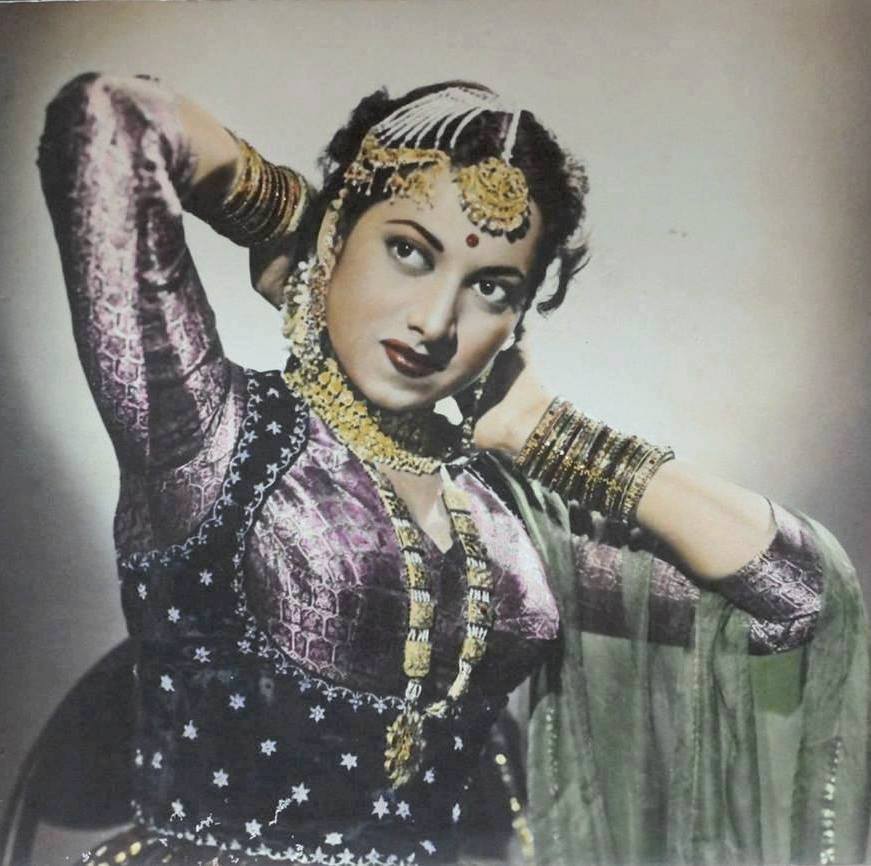 HINDI cinema has been built on a bedrock of musicals, but only two leading ladies in history have been the number one singer and film star at the same time.

One was Noor Jehan and the second was screen queen Suraiya. Such was the superstardom of Suraiya that legendary actor Dharmendra once said that he went to watch her film Dillagi (1949) 40 times as a young man. To mark the birth anniversary of the late great star on June 15, Eastern Eye looked back on her extraordinary rise to the very top, extreme heartbreak and being the last ultimate queen of Bollywood.

Suraiya Jamal Sheikh was born on June 15, 1929, in Karachi, in undivided India and a year later her family moved to the affluent Marine Drive neighbourhood in Mumbai, where the movie industry was starting to take shape. They were soon joined by her maternal uncle M Zahoor, who would become a wellknown on-screen villain in the 1930s. The very young girl showed a natural flair for performance and started singing for a children’s show on All India Radio.

This led towards the tremendously talented prodigy making her movie debut
as a child star in Madame Fashion (1936) as Miss Suraiya. She would get further roles as a child star and was just 12 years old when she accompanied her uncle M Zahoor to the shooting of Taj Mahal (1941), where she was spotted by director Nanubhai Vakil and cast in the key role as Mumtaz Mahal.

Naushad would become the most influential music director in Bollywood during the 1940s and 1950s. In the early 1940s, while trying to make a breakthrough, he heard Suraiya sing on the radio and was instantly taken by her wonderful voice. One of many inspired decisions that would define his career was getting the 13-year-old to sing playback for established star Mehtab in the film Sharda (1942) and this was pathbreaking for two reasons. Firstly, it introduced the singing talent of Suraiya to a wider audience and showed how the levels of singing could be raised via a playback artist. Suddenly, the teenager was a singing and acting star, and not surprisingly, was asked to use her own voice onscreen. Films like Tamanna (1942), Station Master (1942), and Hamari Baat (1943) saw her get noticed by audiences, as well as by the biggest filmmakers.

Studio-head Devika Rani would offer her a five-year contract for a princely sum of `500 a month. But young filmmaker K Asif, who would go on to make Bollywood’s greatest and most lavish movie Mughal-e-Azam (1960), instead offered her a record-breaking Rs 40,000 to star in his directorial debut Phool (1945).

She would then star opposite the number one male singing star KL Saigal in blockbuster hit Tadbir (1945) and he made no secret of admiring her voice. 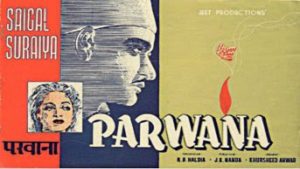 She would star opposite him in Omar Khaiyyam (1946) and his final film Parwana (1947).
Suddenly, the 16-yearold Suraiya was a major movie and music star.

Around the same time, Noor Jehan had risen through the ranks to become the number one female singing and acting star in India. Mehboob Khan would take the inspired decision of casting Noor Jehan and Suraiya in his film Anmol Ghadi, which would by far become the biggest hit of 1946 and be regarded as an alltime classic. With Noor Jehan leaving for the newly formed Pakistan during Partition a year later, the movie would almost be like a passing on of the queen’s crown. What followed was an impressive run of successful films that included Dard (1947), Pyar Ki Jeet (1948), Badi Behen (1949) and Dillagi (1949). By the late 1940s she was the highest paid and most popular star in Bollywood. The biggest music and film star in India created the kind of mania with fans not seen before, with unprecedented crowds gathering to catch a glimpse of her.

Many cities would come to a standstill on the opening days of the singing star’s movies as crowds rushed to cinemas.

Suraiya once said: “Most of my roles were simple, but the audiences loved them. I was lucky to have got simple, melodious and easy to pick up songs to sing, and work with the best composers of the day like Naushad, Husnlal-Bhagatram and Anil Biswas.”

In 1948, she was cast opposite rising star Dev Anand in the movie Vidya (1948), and both fell in love with one another. That deep love would result in them acting in seven films together between 1948 and 1951, which would play a large part in him becoming a huge star.

They wanted to get married, but there was one major obstacle in the form of Suraiya’s domineering grandmother. The Muslim family were unwilling for her to marry a Hindu and didn’t want to give up the huge amounts of money she was earning as a star. A determined Dev Anand proposed with an expensive ring, but the fearsome grandmother threw it in the ocean and ended the relationship, which left Suraiya heartbroken. She would never fully recover from the grief. As the family started to crush her, she lost out on major movies and the ones selected started to fail at the box office. Poor decisions led her to pass on offers like blockbuster hit Anarkali (1953).

In the early fifties, a new wave of leading ladies emerged like Nargis, Madhubala, Meena Kumari, Geeta Bali and Waheeda Rehman, who were talented and would mime to the voice of world-class singers. Around the same time, some of Suraiya’s projects remained incomplete because she was treated badly and was willing to walk away.

There was a short resurgence when she scored big successes with super-hit films Waaris (1954) and Mirza Ghalib (1954), but it wasn’t enough. The era of singing stars was over and she never recovered from the heartbreak of losing her one true love.

Suraiya reluctantly carried on acting until her final film Rustom Sohrab (1963), which also boasts of one of her finest ever songs, Yeh Kaisi Ajab Dastan Ho Gayi. Suraiya was in her thirties when she walked away from Bollywood to live a reclusive life, after nearly seventy movies and more than 300 popular songs.

She never married and the domineering family either left or passed away with time. She rarely ventured out in public and died all alone, aged 74, on January 31, 2004. The heroine who would cause mass hysteria passed away, largely forgotten. After her death, distant relatives who had not met her for over 40 years and lawyers battled it out for her wealth. All that remained was the impressive legacy of the golden days when she was the undisputed queen of Hindi cinema.