Retired, but not tired: Dhoni set to ‘rule the roost’ in IPL 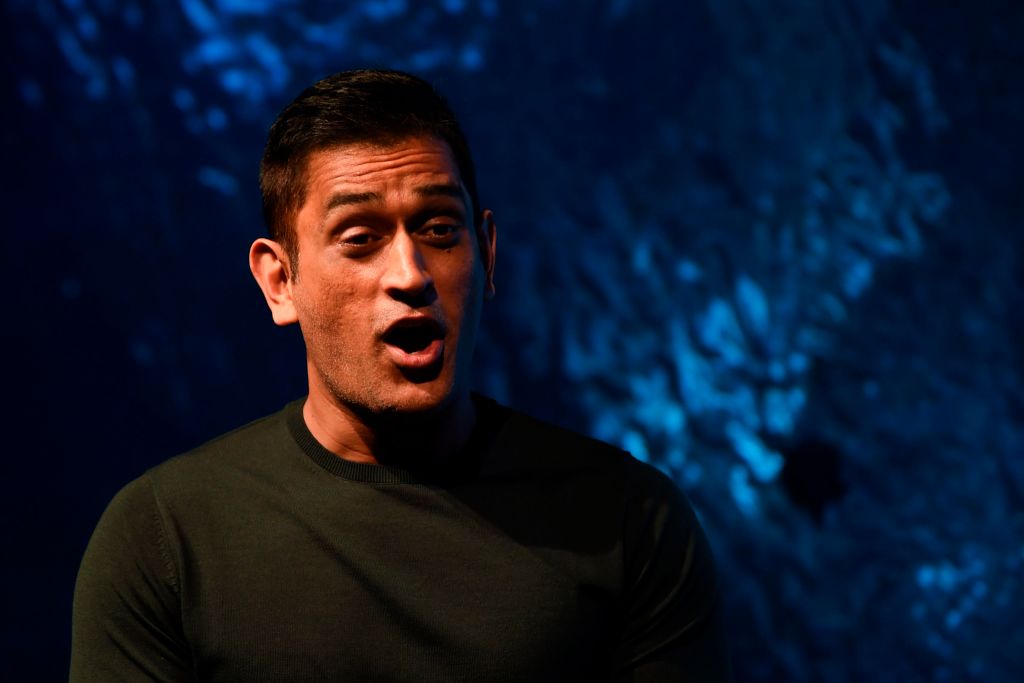 "He [MS Dhoni] is very fit and I believe he is working very hard on it. Plus he has stopped playing international cricket so there will be less burden on his body," Saba Karim, another former India wicketkeeper. (Photo: INDRANIL MUKHERJEE/AFP via Getty Images)

MS DHONI may have signed off from international duties but he’ll be at the heart of the action in the Indian Premier League — a tournament he helped inspire, and where he remains a towering figure.

Dhoni, who has led the Chennai Super Kings to three titles and five runner-up finishes in the IPL’s 12 editions, will feature in the opening match on Saturday against the Mumbai Indians, the defending champions.

The game comes more than a year after the 39-year-old last played for India in their semi-final loss to New Zealand in the 2019 World Cup.

After much speculation, the wicketkeeper-batsman finally announced the end of his 16-year international career last month.

And without the pressure of having to play well to keep his place in the national team, the flamboyant Dhoni is expected to shine in UAE, the IPL’s temporary home as India battles a rampant coronavirus problem.

“He is very fit and I believe he is working very hard on it. Plus he has stopped playing international cricket so there will be less burden on his body,” Saba Karim, another former India wicketkeeper, told AFP.

Dhoni’s captaincy began with India winning the inaugural T20 World Cup title in 2007, a success that triggered the birth of the IPL — the world’s most popular and richest cricket league — a year later.

“Dhoni played an instrumental role in kick-starting the IPL because of the way he brought a different dimension to the shorter format of the game because of his aggressive side with the willow,” Karim said.

“Also with his calm exterior behind the stumps.”

Dhoni, once hailed as the world’s best finisher, has played 190 IPL matches, scoring 4,432 runs including 23 half-centuries.

An exemplary leader with fast glovework, Dhoni has made Chennai one of IPL’s most loved franchises with almost 200,000 people following the team’s fan club on Twitter.

Chennai chief executive Kasi Viswanathan says Dhoni remains key to the team’s plans and they expect him to keep playing till the 2022 edition.

The team has been under scrutiny after arriving in the UAE last month with two players testing positive for the coronavirus.

“I swear if Dhoni pulls out of IPL, there’s no IPL for me this year!” a Twitter user wrote after the withdrawals.

Cricketer-turned-commentator Aakash Chopra said Dhoni is “the biggest strength of the team and the entire franchise is dependent on him”.

“He is the soul of Chennai Super Kings. As long as he is there, CSK’s heart keeps beating and they move forward. MS Dhoni, the player and the captain, has a great impact,” Chopra said on his YouTube show.

“Dhoni is going to rule the roost once again as a captain, as a batsman.”

Chennai and Dhoni were plunged into controversy in 2015, when the team were banned from the IPL for two years for match-fixing.

But Dhoni and his team — which includes many players aged over 35, including Australia’s Shane Watson and South African Imran Tahir — came back with a bang.

Labelled ‘Dad’s Army’ by the media, Chennai returned to lift the title in 2018 and establish themselves as one of the most consistent teams in IPL history.

Road Trip Advice For A Comfortable And Safe Drive

Shastri backs India's 'fabulous five' quicks to rule Down Under

Yami Gautam on filming for Bhoot Police amid the ongoing pandemic