The couple’s reported Chequers wedding party is planned for July 30 and expected to be “a much bigger and more glamorous affair”, the Mirror said. 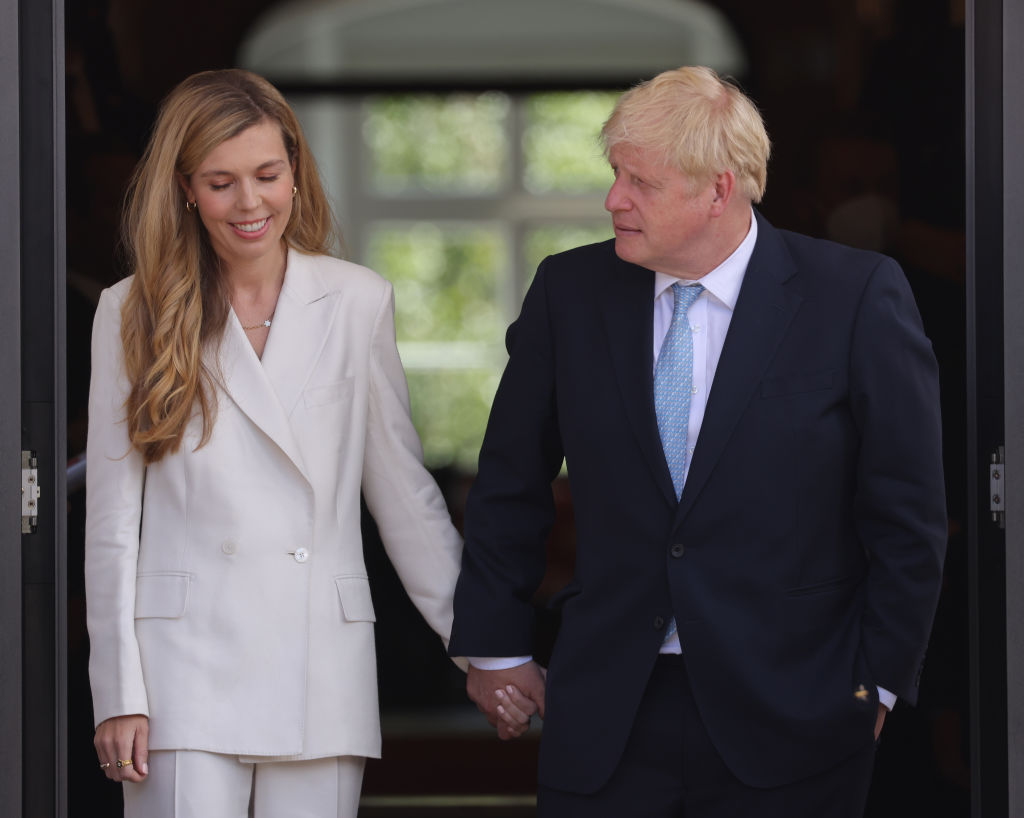 British Prime Minister Boris Johnson, who said on Thursday he would resign, is due to throw a big wedding party to mark his marriage to wife Carrie at his official Chequers country residence later this month, the Mirror reported.

Johnson, who will remain leader until a new prime minister is chosen, is staying on in part to throw the “lavish” party, the Mirror reported, citing unnamed senior sources from Johnson’s Conservative Party.

Asked about the report, a Downing Street spokesperson said: “The Prime Minister has a strong sense of duty and will continue to serve his country until a new leader is in place, solely to continue his obligation to the public.”

In addition to their official 10 Downing Street residence in London, British prime ministers have traditionally used Chequers, a 16th-century English country house north of the capital, as a personal country retreat, a place to host world leaders and occasionally, to throw parties.

Johnson married Carrie, 34, last year in a low-key, secret ceremony at Westminster Cathedral in central London in the middle of the coronavirus pandemic.

The couple’s reported Chequers wedding party is planned for July 30 and expected to be “a much bigger and more glamorous affair”, the Mirror said.

The Mirror, citing two sources, said the Johnsons were keen to go ahead with the party, to which many friends and family members had been invited.

Located in a 600-hectare estate the size of more than 1,000 soccer fields, Chequers has 10 bedrooms and an extensive art collection. It has been in use by British prime ministers since the 1920s.