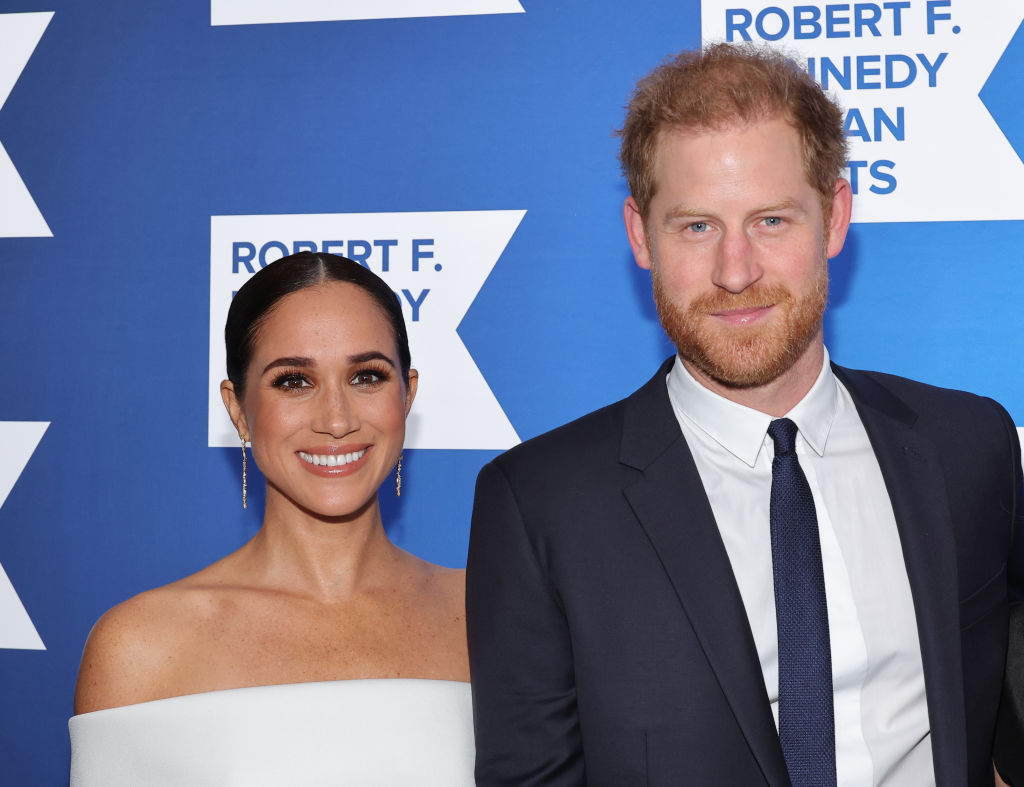 In an apparent jibe at the royal family, Prince Harry said that he is really proud that his children are mixed race.

“People don’t talk about what it’s like to be mixed race,” Meghan Markle said in the new Netflix docuseries, Harry & Meghan.

“And I think a lot of that is, you’re not white enough or you’re not black enough. But I don’t see the world that way,” she added.

Talking about his children Prince Harry then asserted, “My son, my daughter, my children are mixed race, and I’m really proud of that. When my kids grow up and they look back at this moment, and they turn to me and say, ‘What did you do in this moment?’ I want to be able to give them an answer.

“I think it’s such a responsibility as human beings that if you bring a small person into this world, you should be doing anything you can to make the world a better place for them,” he said.

“But equally what’s most important for the two of us is to make sure that we don’t repeat the same mistakes that perhaps our parents made,” Prince Harry added.

He also slammed the media’s “feeding frenzy” over his relationship with Meghan and criticised Britain’s royal family for failing to protect her and his mother Diana.

The family has been braced for the first three episodes of the six-part series “Harry & Meghan”.

While it was largely spared during the first episodes, it was still on the end of accusations of “unconscious” racial bias and that it did not help Meghan or Diana after her 1992 separation from Harry’s father Charles, who is now king.

“To see another woman in my life who I love go through this feeding frenzy, that’s hard,” said Harry. “It is basically the hunter versus the prey.”

And speaking of his mother, who died in a Paris car crash in 1997, Harry, 38, said: “The moment that she divorced, the moment she left the institution, then she was by herself… she was completely exposed to this.”

Meghan also took aim at the family for failing to counter negative press reports about her.

“It was horrible, but I continued to hold the line, like say nothing,” she said.

Her husband said the family ignored racist undertones in the reports.

“As far as a lot of the family were concerned, everything that she was being put through, they’d been put through as well. So it was almost like a rite of passage,” he said.

“I said the difference here is the race element.”

Harry went on to claim there was a “huge level of unconscious bias” within the family, and the documentary referenced a racist brooch worn by Princess Michael of Kent to an event that Meghan attended in 2017.

Harry reiterated feeling “ashamed” about being photographed wearing a Nazi uniform to a fancy-dress party in 2005, calling it “probably one of the biggest mistakes of my life”.

The documentary is lifting the lid on events that prompted the pair to quit royal life and move to the United States in 2020.

Several British newspapers said the couple had declared “war” on the royal family, which said Thursday that no family members had been approached to comment for the docuseries.

The first parts trace the couple’s budding love story and their attempts to keep it a secret.

“When I got to meet ‘M’ I was terrified of her being driven away by the media, the same media that had driven so many other people away from me,” said Harry.

“I knew that the only way that this could possibly work is by keeping it quiet for as long as possible.”

He describes how he found refuge in frequent trips to Africa.

“I have a second family out there, a group of friends that literally brought me up,” he said.

And in what appeared to be a dig at his older brother Prince William and his wife Catherine, he said: “With many people in the family, especially the men, there can be a temptation or an urge to marry someone who would fit in the mould.”

The final three parts are due to be released on December 15.