Rahul Gandhi, vying to become the latest prime minister from India’s most famous dynasty, has worked hard to shed his image as an entitled footloose princeling and political lightweight.

But the great-grandson, grandson and son of three past premiers of the world’s biggest democracy still faces a tough task beating Prime Minister Narendra Modi in the elections.

No relation to independence hero Mahatma Gandhi, Rahul was born in 1970 when his grandmother Indira Gandhi — daughter of India’s first prime minister, Jawaharlal Nehru — was premier.

In 1984, Indira was shot dead by her Sikh bodyguards and she was succeeded by her son Rajiv Gandhi, Rahul’s father. Rajiv was himself assassinated in 1991 by a Tamil suicide bomber when Rahul was 20.

Rahul was enrolled at Harvard but dropped out after a year, following his father’s death. He later graduated from Rollins College, Florida and in 1994 earned a master’s degree from Cambridge.

While in his 20s, he lived in London, where he worked at a management consultancy for a time.

His Italian-born mother Sonia Gandhi, widow of Rajiv, took charge of the Congress party in 1998 before handing over the reins to Rahul, her first-born, in 2017.

Ten years earlier, in 2007, leaked US diplomatic cables said Rahul was viewed as an “empty suit” and “lightweight”, with little known about his political beliefs — if he had any.

But by 2009, the US assessment was now that Gandhi sounded like a “practiced politician who knew how to get his message across and… was comfortable with the nuts and bolts of party organization and vote counting”.

“He was precise and articulate and demonstrated a mastery that belied the image some have of Gandhi as a dilettante,” a leaked cable by senior US diplomat Peter Burleigh said.

A speech in the lower house last year drew widespread applause and forced political pundits to take notice. He ended it by giving an uncomfortable-looking Modi a surprise hug.

He has also, in contrast to the Hindu nationalist Modi, reached out to Muslim voters and stressed his secular credentials, and also to women, promising to bring legislation setting aside seats in parliament for them.

During the campaign for the election — which wraps up on Sunday, with results four days later — Gandhi has attacked Modi’s record on farmers, jobs and his close ties to business.

“Across India, people are frustrated and angry. Mr Modi is attempting to use hyper-nationalism to divert the attention of the people,” he said in a recent interview to the Kolkata-based Telegraph newspaper.

“But the people of India are not foolish. They can see through this game,” he said.

Election adverts show him hugging an emaciated peasant woman, while Gandhi’s leftist manifesto pledges to end abject poverty by 2030 and give cash transfers to 50 million families.

But tea-seller’s son Modi is no pushover, using traditional and social media, as well as tub-thumping speeches, to dominate the headlines.

Modi has capitalised on India and Pakistan’s tit-for-tat airstrikes in February to appear as the patriotic “chowkidar” (watchman) of India.

Gandhi’s attempts to score points with allegations of dodgy dealings related to India’s purchase of Rafale jets from France have also failed to stick with voters in a big way, opinion polls have suggested.

And at the same time, Modi seldom misses an opportunity to contrast his own humble beginnings with his silver-spoon adversary, deriding Gandhi as “shahzada” (crown prince).

Gandhi “appears to be clinging to the socialist ideas of his grandmother and doesn’t realise that people have changed, that even the poor have changed”, Parsa Venkateshwar Rao, a veteran journalist and political commentator, told AFP. 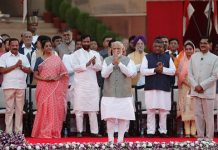 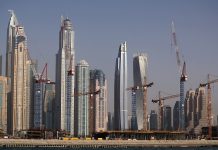 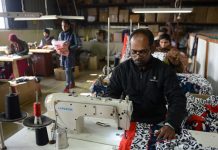