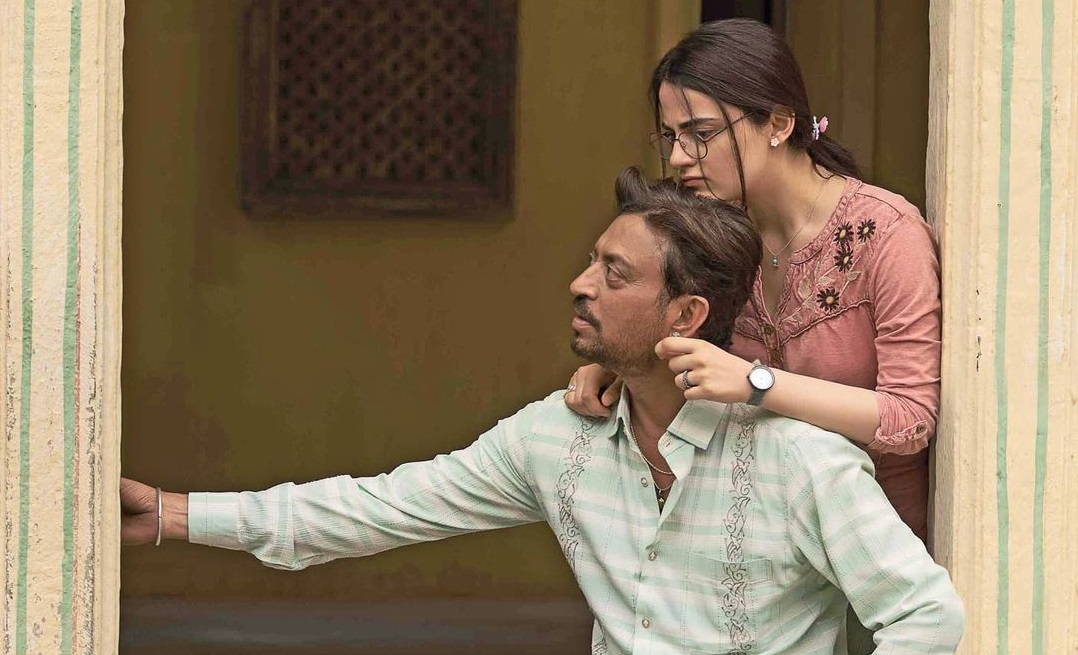 On the first death anniversary of internationally acclaimed actor Irrfan Khan, Radhika Madan fondly remembers her co-star from the film Angrezi Medium (2019). The actress pens an emotional note, encapsulating the memories the duo made on the sets of his last offering.

Madan gave an insight into the bond that she shared with Irrfan Khan via a social media post. Sharing a picture with him, the actress wrote, “I remember I was playing with his beard before the shot and he told me, ‘You know what, maybe this is the reason ‘Champak’ would not have cut his beard.’ I was like, ‘Exactly!’ And we laughed.”

She added, “We had created our own pool of memories, our own bubble where there were no words… silences spoke out loud…where I was trying very hard not to be this I-wanna-learn-everything-from-you-fangirl and he was unknowingly teaching me either about life or art every single day.”

“To endless silent teachings and love, to this phenomenon people call Irrfan. Celebrating every single day, legend. Miss you,” she concluded.

In Angrezi Medium, Radhika Madan plays the character of Irrfan Khan’s on-screen daughter. Both actors received great response for their endearing performances in the Homi Adajania directorial. The film also featured Kareena Kapoor Khan and Deepak Dobariyal in important roles. Madan has time and again expressed her gratitude to be able to work with the late actor and be able to learn from him.

Irrfan Khan succumbed to a case of colon infection after he was diagnosed with neuroendocrine cancer in 2018. The multiple awards winning actor breathed his last on April 29, 2020, aged 53.