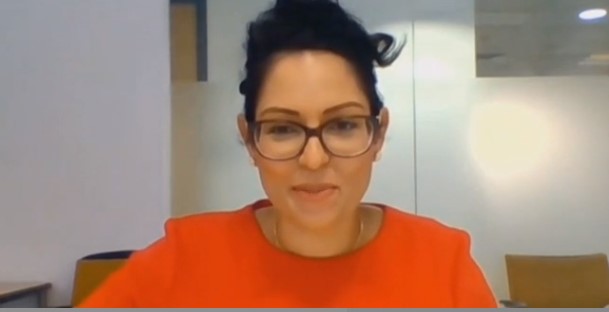 FAMILIES of NHS support staff and social care workers who die of Covid-19 will be allowed to stay in the UK, Priti Patel has announced.

The home secretary said the bereaved families will be given indefinite leave to remain in recognition of their loved ones’ “tireless dedication and selflessness”.

The scheme had initially been launched for NHS workers such as doctors and nurses. Now, it will cover professions such as cleaners, porters and other low-paid roles.

“Every death in this crisis is a tragedy, and sadly some NHS support staff and social care workers have made the ultimate sacrifice in the pursuit of saving the lives of others,” Patel said on Wednesday (20).

“When I announced the introduction of the bereavement scheme in April, I said we would continue to work across government to look at ways to offer further support.

“Today we are extending the scheme to NHS support staff and social care workers.

“We want to ensure families have the support they need and so this will be effective immediately and retrospectively.”

Families of NHS contract staff will also be covered under the scheme, the Home Office confirmed.

The Home Office’s announcement came at a time when the government was under pressure from Labour and unions.

A Syrian NHS cleaner had recently made a video message to Prime Minister Boris Johnson – that went viral – in which he turned emotional and said he felt “betrayed” as the bereavement scheme had excluded minimum-wage migrant workers.

“I’ve really been enjoying the clapping that you and other minister have been doing,” said Hassan Akkad in the video, referring to the exclusion.

“Today, however, I felt betrayed… stabbed in the back.

“I was shocked that you have decided to exclude myself and my colleagues who work as cleaners and porters, social care workers.

“Us migrants are on the front line doing these very demanding jobs to help this nation overcome this pandemic, and the least you can do is to give out families indefinite leave to remain.”

Patel’s policy change regarding scheme has been widely welcomed, and Labour described it as “very good news”.

The updated Home Office guidance on the scheme said: “If you’re a non-EEA family member of any NHS worker or a healthcare or social care worker who has died as a result of coronavirus, you will receive immediate indefinite leave to remain, free of charge.

“You do not need to do anything to receive this status. UKVI (UK Visa and Immigration) will contact employers to identify those eligible and will arrange for you to be issued with indefinite leave to remain.”