Pran: A-Z of a legendary villain 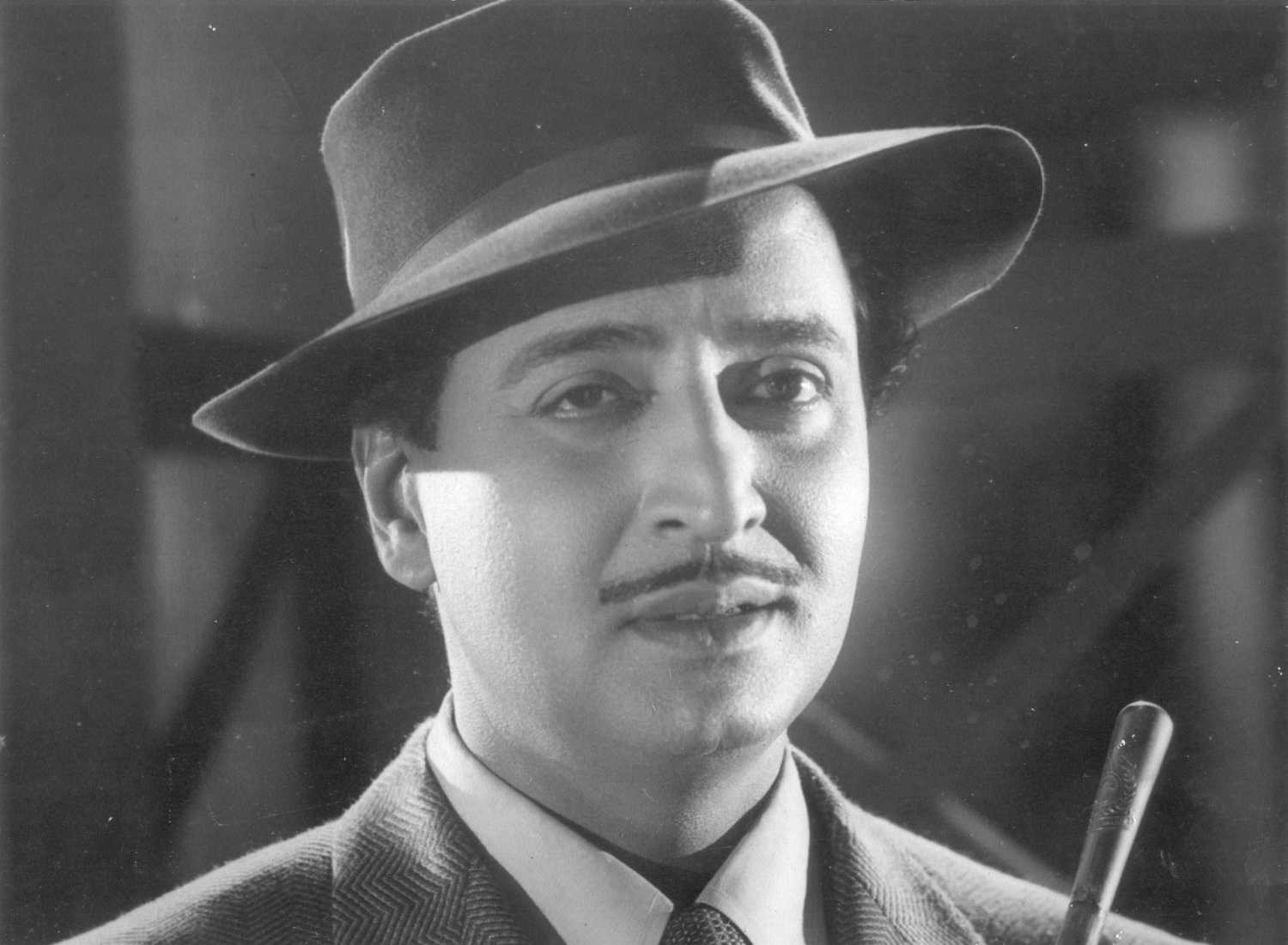 ANNIVERSARY SPECIAL TO HONOUR THE REMARKABLE CAREER OF A GREAT ACTOR

BRILLIANT supporting actors add a backbone to Bollywood blockbusters and the greatest of all time was Pran.

He went from being the best movie villain in Hindi cinema history to playing unforgettable positive roles and unpredictable grey characters in a career spanning seven decades. He passed away on July 12, 2013, aged 93, and left behind an extraordinary body of work that entertained many millions across  different generations.

To mark the marvellous star’s incredible career, Eastern Eye presents an all you need to know A to Z about his most remarkable life. 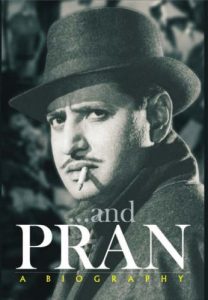 A is for And Pran: Names of cast would be shown in the opening credits and then they would be followed by his standalone billing of “And Pran”, which showed just how much weight the amazing actor added to a movie. There was everyone else in the movie and then there was him. That is why his biography was titled And Pran.

B is for Big break: The 19-year-old Pran was working as a photographer’s assistant and visited a paan shop in Lahore with his friends. While in there, he was spotted by writer Wali Mohammad Wali and asked if he wanted to become an actor. After an initial refusal, he agreed and made his movie debut in 1940 Punjabi film Yamla Jatt (see Y).

D is for Dada Saheb Phalke award: In 2013, Pran was awarded Indian cinema’s highest cinematic honour, the Dada Saheb Phalke award, a few months before he sadly passed away. The actor received praise from the entire cinema fraternity, including Amitabh Bachchan, who described him as “a large pillar of the Indian film industry”.

E is for Epic: Few film stars anywhere in the world have had a career as long as Pran’s. He made his acting debut in 1940 and made his final screen appearance 67 years later in 2007. When many A-list leading heroes were retired, he carried on and starred opposite the next generation of superstars.

F is for Fabulous fifties: The 1950s is regarded as the golden decade of Bollywood and the star who had the most hits was Pran. While big named leads shied away from acting together, Pran worked with everyone, including mega-stars like Raj Kapoor, Dilip Kumar, Dev Anand, Ashok Kumar, Shammi Kapoor and the A-list leading ladies they were starring opposite. For the next few decades, he would become the highest paid supporting actor in Bollywood and during the fifties set the blueprint for villains on-screen (see G).

G is for the Greatest: Pran is rightly regarded as the greatest villain in Hindi cinema history and played the antagonist in more Bollywood blockbusters than any actor in history. He introduced great innovations into negative roles, which would inspire all those who followed in his giant footsteps. 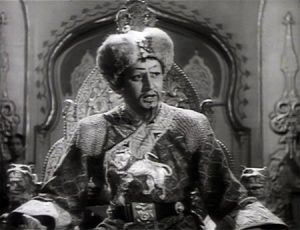 H is for Halaku: Although the actor starred in alltime classics, one of his own personal favourites was playing the title role in historical costume drama Halaku (1956). It was the first time a major Indian movie had been named after a villain. He transformed himself to play the ruthless Mongol warlord and set the screen on fire opposite Meena Kumari.

I is for Introduction: After a rollercoaster first nine years of his career, Pran finally arrived into the Bollywood big time with a villainous role in Bari Behen (1949) and what really struck a chord was his introduction scene where he blows smoke rings. The film’s huge success started an incredible run of antagonistic roles in huge hits across the next two decades. In most films, he would find a unique way to introduce himself in a new avatar. 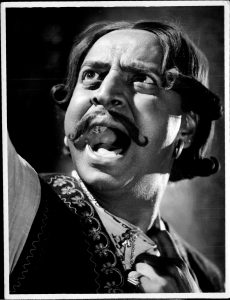 J is for Jis Desh Men Ganga Behti Hai: Pran had a long association with legendary actor-filmmaker Raj Kapoor and starred in many classics with him. His personal favourite was playing fearsome dacoit Raaka in Jis Desh Men Ganga Behti Hai (1960). That close friendship of doing many movies is why he agreed to star in Bobby (1973) for one rupee, when Raj Kapoor had run out of money. When the film became a superhit Kapoor sent him  Rs 100,000. 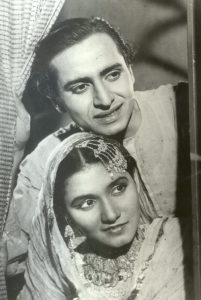 K is for Khandaan: The actor’s Hindi language debut Khandaan (1942) was also the first lead role as an adult for film icon Noor Jehan. The movie and its superb soundtrack would become a huge hit. Interestingly, during Partition, she would migrate to the newly formed Pakistan and he would move from Lahore to Bombay.

L is for Lahore: Lahore had given Pran independence, his break into movies and was the city where he started a family. He acted in more than 20 films while living in Lahore and would have remained had Partition not happened. He left the place he called home forever on August 10, 1947, and then via Indore arrived in Bombay on August 14 to start the next chapter. He worked in odd jobs and had to pawn his wife’s gold bangles while looking for acting work. Then after being recommended by legendary writer Saadat Hasan Manto, who was his friend from Lahore, he landed a role in Ziddi (1948). Within four days, he signed three more films and after that there was no looking back. 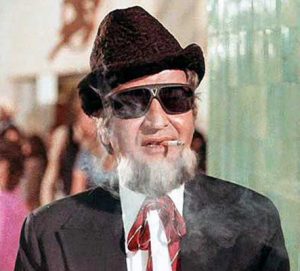 M is for Make-up: Changing his looks in films (see X) and having that chameleon like quality across decades gave him an expert knowledge of make-up. He could skilfully create looks and would also give tips to co-stars, including how to hide a wig line. He created an extensive library, which became a guide.

N is for Name: The prolific actor was so dominant and effective in villainous roles during the golden age of Indian cinema that according to legend, parents in India stopped naming their kids Pran for a decade. Despite him being grounded and tremendously nice in real life, film fans would fear him when they met him in person. He would always quickly put them at ease.

O is for Old Delhi: Pran Krishan Sikand was born on February 12, 1920, in the Ballimaran district of Old Delhi and was one of seven children. He was academically gifted as a youngster and later started an apprenticeship to become a professional photographer.

P is for Passion: His biggest passion away from acting was sports. He started his own football team and would organise charity cricket matches with other celebrities to raise money for good causes. Legendary West Indies cricketer Sir Frank Worrell was a close friend of his.

Q is for Quest: Whether it was reading, researching history, visiting rough neigbourhoods in foreign countries, watching world cinema or learning makeup techniques, the actor was on a constant quest for knowledge to improve his performances.

R is for Rock ’n’ Roll: The prolific actor often found himself in game-changing movies that introduced something new to Bollywood and one of them was rock ’n’ roll classic Tumsa Nahin Dekha (1957). The star-making role for Shammi Kapoor added a western edge not seen before in Bollywood and a major trigger point of the plot was the villainous turn from Pran. Other game-changers included Madhumati, which set the blueprint for the reincarnation genre.

S is for Stunts: Staying in shape enabled Pran to do his own stunts and as the villain this often meant getting beaten up by the heroes. Not surprisingly, he sustained injuries, including breaking his ankle on the sets of Dus Numbri, which was the biggest hit of that year.

T is for Turned down: In 1973, Pran sent shockwaves by turning down the Best Supporting Actor for Be-imaan because he felt the Best Music director that year should have gone to Ghulam Mohammed for Pakeezah (1972) instead of Shankar Jaikishan for Be-Imaan (1972). Looking back now, everyone agrees Pran was right. 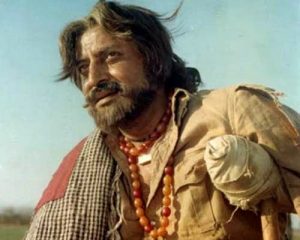 U is for Upkar: After nearly two decades of playing every type of villain, Pran surprised everyone with a positive role in patriotic drama Upkar (1967). The role of sharp-tongued village philosopher Malang Chacha would connect with audiences and start a new phase of Pran playing positive roles, which would result in many memorable characters. He would win a Filmfare Best Supporting actor award.

V is for Villainy: The actor delivered many memorable quotes on-screen as a villain, but one of the most famous was for a film magazine. At the height of his fame, he said, “villainy may not pay in the next world, but it certainly does in this. Celluloid villainy that it.” 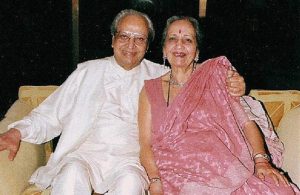 W is for Wedding: Pran agreed to have an arranged marriage to Shukla Ahluwalia, but her family initially objected because they thought acting was a disreputable profession. By now Pran had also fallen in love with her, and they wed on April 18, 1945. They had a long happy marriage and remained married until his death.

X is for X-Factor: What set Pran apart from every Bollywood star was his ability to transform himself. While all the A-list heroes pretty much kept the same look across different movies, the same was not the case with Pran. The amazing actor used wigs, facial hair, unique mannerisms and props to introduce individuality into his roles. This added an element of surprise to his movies and gave Bollywood the first real glimpses of method acting in the commercial space. 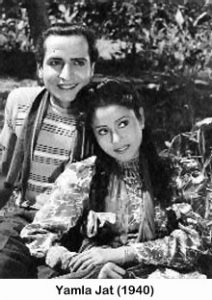 Y is Yamla Jatt: When Pran was signed for his debut Yamla Jatt (1940), he had very poor Punjabi diction and was almost fired. Although Pran felt the villainous role was silly, he was noticed for his screen presence and signed to play an antagonist in Punjabi film Chaudhry (1941), which was also a big hit. These early path-breaking films would help lay the foundation for Punjabi cinema. 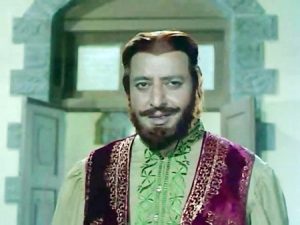 Z is for Zanjeer: Pran was the biggest star in Amitabh Bachchan’s superstar making movie Zanjeer (1973) and was fully supportive of the director’s decision to cast the then newcomer. They would subsequently star in many classics including Amar Akbar Anthony (1977), Don (1978) and Naseeb (1981). Bachchan never forgot his kindness and paid a glowing tribute to him in the forward of his official biography.