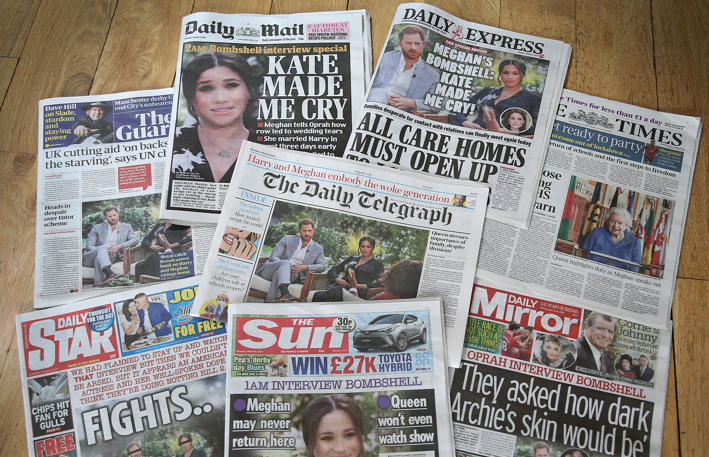 WHEN I saw her lying in the hospital bed, my heart broke. Again. It was the seventh time in her 30 years she had tried to take her life.

South Asians are not good at speaking about trauma, mental health issues, or in fact anything that, quite wrongly, is considered to “bring shame on the community”. We hide it away and never speak about it.

And that is why I was, and remain, so angry with that imbecile, Piers Morgan. Here is a privileged white man. The privilege to know that, like former US president Donald Trump once did, when he tweets or opens his mouth, the nation acts on his awful, basest thoughts.

When Morgan implied that Meghan Markle was a liar for telling US chat show host Oprah Winfrey that, at times, she had suicidal thoughts; when Morgan called mental health issues “the go-to excuse for any poor performance in elite sport”, a joke about a tennis player who happened to be black; but when he never called out Ben Stokes, the white cricketer, for seeking a mental health break; that made me, well, yes, incensed.

I fell into his trap because that’s exactly what this rabble-rouser wants. He wants to evoke the most basic emotions so he can get off being talked about. It excites him. He relishes the controversy and indignant debate he leaves in his destructive wake.

But here’s what I can’t fathom – what on earth was Ofcom, the broadcast regulator, thinking in backing this emotional neanderthal?

Morgan’s co-presenter Susanna Reid, rightly, admonishes him. He flounces off the set after being, rightly again, tackled by his colleague Alex Beresford. ITV sacks him or Morgan quits. Ensue a national debate.

Ofcom should have ended that discussion this week with its ruling, but it didn’t. I have always defended the right to offend, but when you question someone’s thoughts, especially when someone is vulnerable, you have crossed a line.

Here’s my logic. Let’s say, hypothetically, I’m an unknown BBC local radio presenter, and I’m discussing with my colleagues the topic of the day, mental illness. I get a call from someone I’ve met once – let’s call her Mrs M. She says she’s contemplating suicide, and I say, “I don’t believe you, you’re seeking attention.”

My co-presenter points out I’m uncaring and unsympathetic. Listeners complain to Ofcom. My boss decides to sack me. What do you think Ofcom would do to a little known brown journalist from a little-listened-to radio station?

So, here’s the question: why did Ofcom make Morgan’s incendiary comments a battle between “harm and offence” and “freedom of expression”?

Here’s why I ask. What if my unfiltered hatred of anyone with a mental illness – because there is no such thing, they are weak, it’s God’s way of weeding out feeble people, and it fits the Darwinian theory of natural selection – leads to Mrs M taking her life?

Would Ofcom say, ‘We thought long and hard, but we find Asian Smashy-Nicey not guilty. It was a fine judgement call. His co-presenter immediately tapped him on the wrist. But if we ruled against Smashy-Nicey, we would have set a dangerous precedent and killed his right to freedom of expression?’ Um. No. The all-white Ofcom panel members would, quite rightly, throw the book at me, and fine the radio station.

This ruling shows why Ofcom is not fit for purpose. It can shut down a Chinese-owned TV station for breaching “freedom of expression rights”, but it can’t sanction a privileged, infamous, white man.

By the way, in the scenario above, it was never about my hiding behind Article 10 of the European Convention of Human Rights, freedom of expression. It was about whether I caused harm and offence. I’m bang to rights. I have breached section 2.

Although implicit, freedom of expression is a legal right, not a regulatory one. Ofcom is right to defend it. But it should not use it as a crutch for flawed decision-making.

Now then, is there any broadcaster out there who wants a brown boy unafraid to use the N-word, P-word or C-word to generate great publicity? Look no further. Contact my agent Ivor Nomorales, because I can get away with abusive language, ’cos I know my freedom of expression rights, innit?
Thanks, Ofcom mate.