How to reach Mumbai from different parts of India and from other parts of the world? 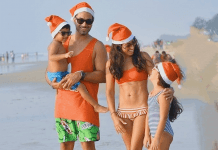 Paris hotel is back with big makeover