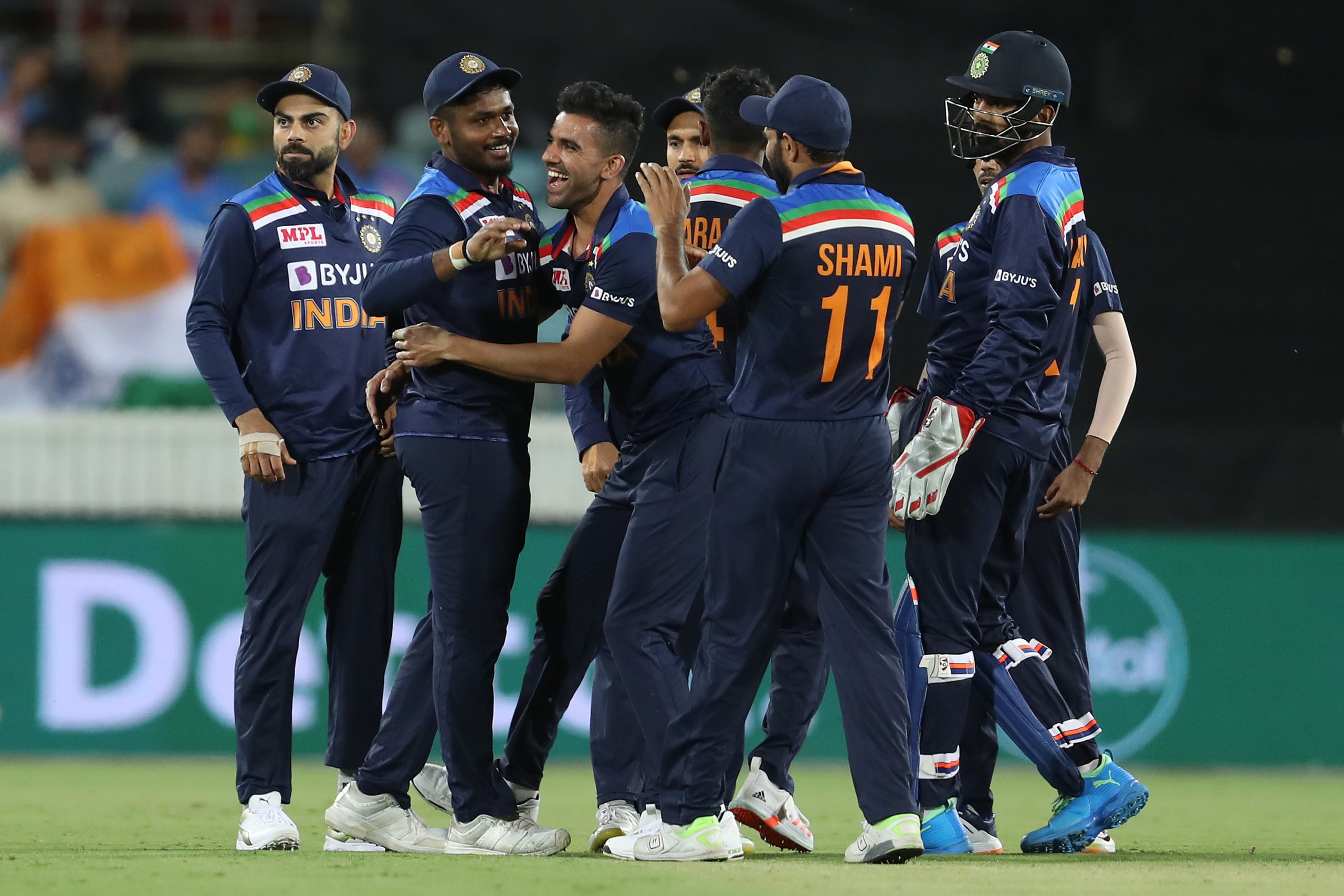 CANBERRA, AUSTRALIA – DECEMBER 04: Sanju Samson of India and Yuzvendra Chahal of India celebrate the wicket of Steve Smith of Australia during game one of the Twenty20 International series between Australia and India at Manuka Oval on December 04, 2020 in Canberra, Australia. (Photo by Mark Kolbe/Getty Images)
Follow Us

This year’s Twenty20 World Cup could be moved to the United Arab Emirates if the COVID-19 crisis does not subside in India, the country’s cricket board said.

The governing International Cricket Council (ICC) said this month it was sticking to hosting the event in India but had back-up plans, without specifying an alternative location.

“It would be the UAE,” Board of Control for Cricket in India (BCCI) general manager Dhiraj Malhotra told the BBC on Thursday.

He did not respond to calls and messages to elaborate, but an ICC spokesman confirmed the plan.

The governing body is monitoring the progress of the Indian Premier League, which is continuing in the midst of the epidemic. “It is too early to make a call,” the spokesman told Reuters.

The pandemic forced the Indian board to stage last year’s IPL in the UAE.

The BCCI last year signed a hosting agreement with the Emirates Cricket Board (ECB).