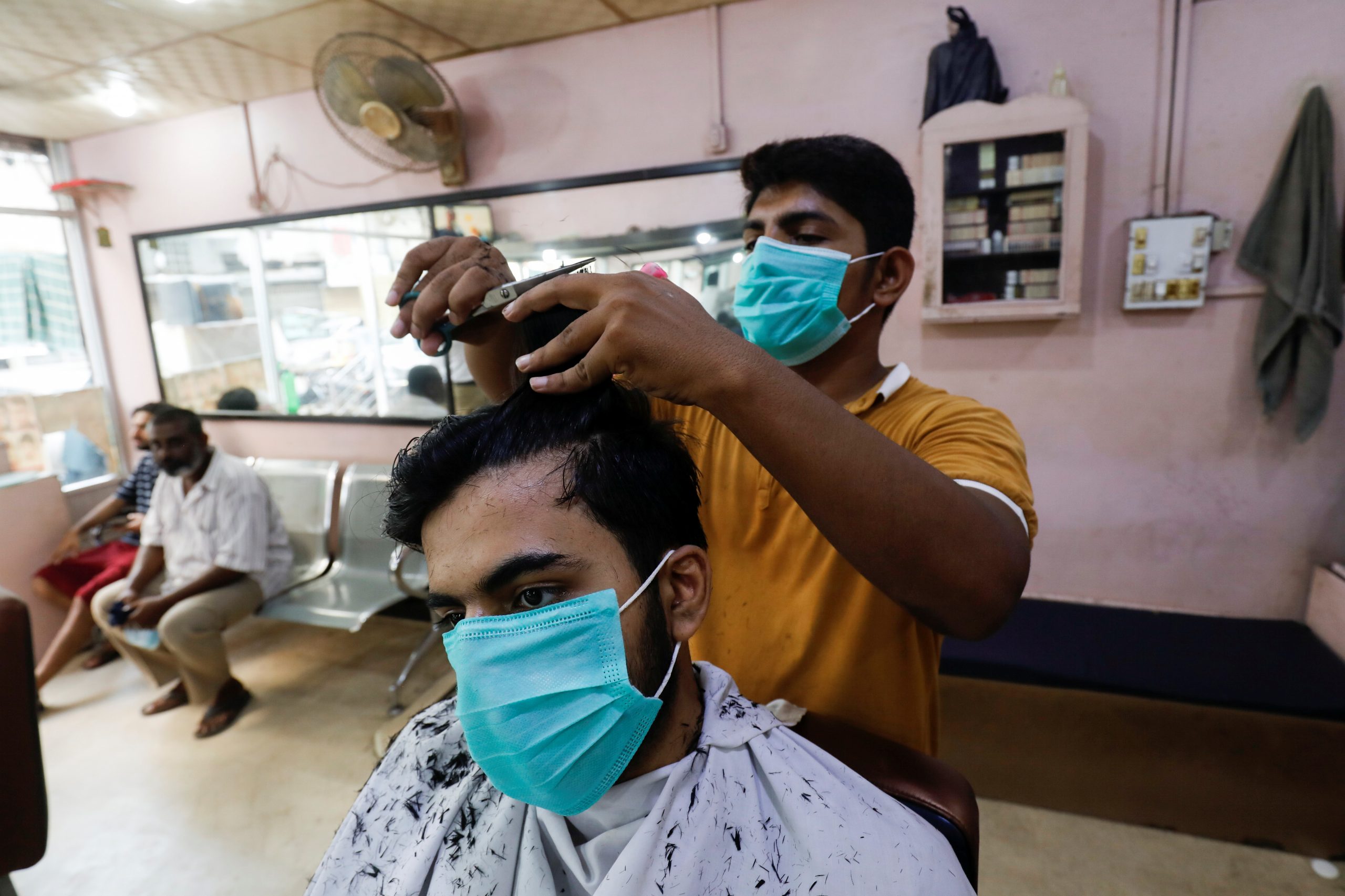 A man wears a protective mask as he has a haircut at a barbershop, after Pakistan lifted lockdown restrictions, as the coronavirus disease (COVID-19) outbreak continues, in Karachi, Pakistan August 10, 2020. REUTERS/Akhtar Soomro

Pakistanis flocked to gyms, salons and restaurants that opened on Monday for the first time in five months after being shut to stop the spread of the coronavirus.

The South Asian country has recorded more than 280,000 cases of COVID-19 and nearly 6,100 deaths, but has seen a slowing of numbers since June, when it recorded nearly 7,000 infections and 118 deaths in a single day.

On Sunday, Pakistan recorded 539 new infections and 15 deaths. New daily cases have been under a thousand throughout August.

“Thank God, the government has allowed dine-in; we were managing through take-away, but now business will improve,” said Sher Khan, owner of a tea stall in a bustling area of Karachi, Pakistan’s largest city.

The government allowed a partial resumption of commercial activities in May. Despite reopening the remaining businesses, it urged people take precautions including wearing masks.

At a clothing and cosmetics shop, Nadeem Sheikh said he was reluctant to turn away customers who did not adhere to the rules for fear of the financial loss.

At a packed salon in the southwestern city of Quetta, Muhammad Usman was happy to shed locks of hair that had grown unruly over the months.

Pointing to his long hair and laughing, Usman said people had started to think he was an ascetic hermit and had approached him with charity, asking him to pray for them.

Gyms opened in the city of Peshawar, with customers relieved they no longer had to train at home.

“I gained 20 kg (44 pounds) because of the closure of gyms,” said Najeeb Ullah Achakzai, 27. “That destroyed all my personality… My marriage was postponed due to my becoming overweight.”

In the capital Islamabad too, life was returning to normal.