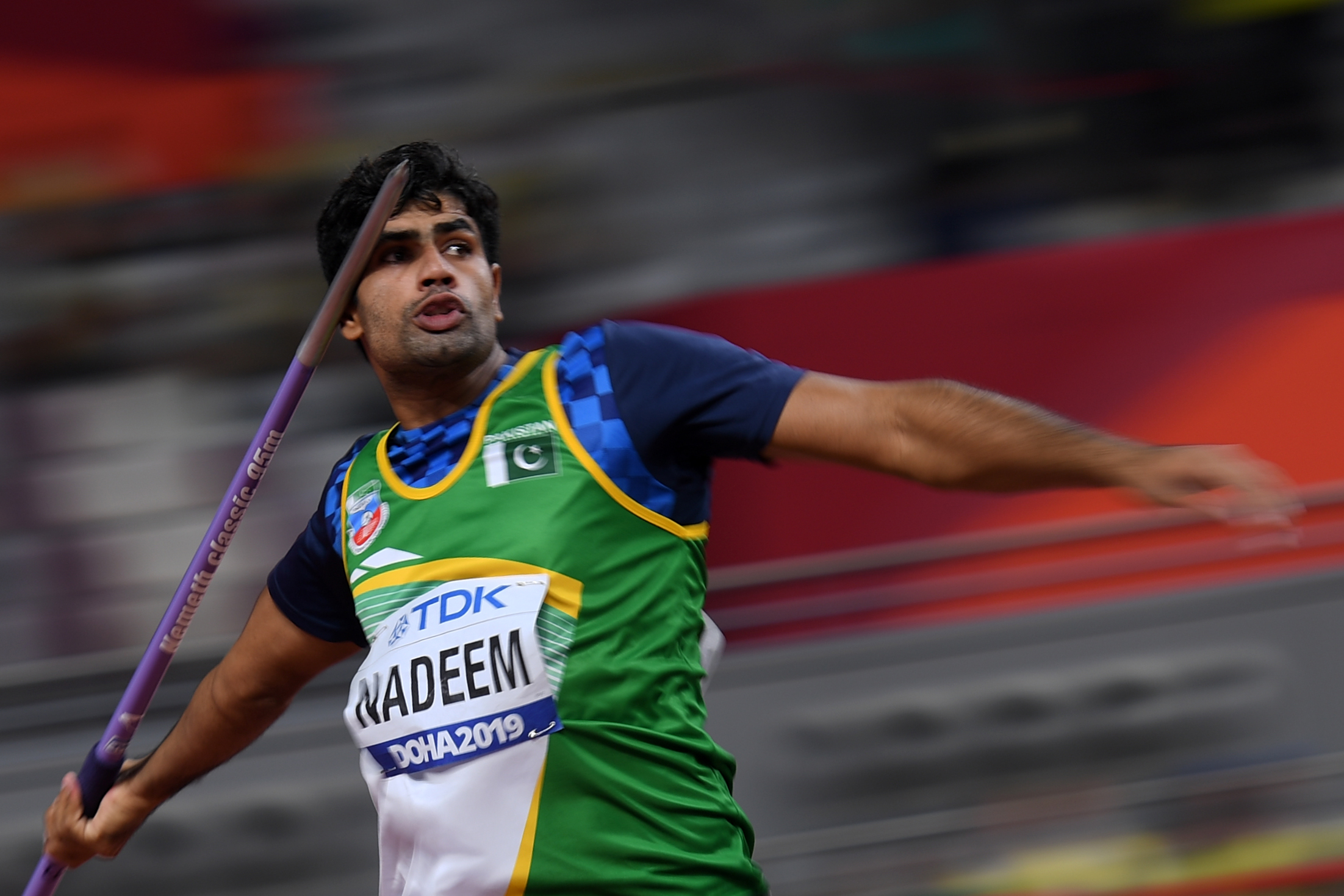 Arshad Nadeem once dreamed of becoming a star cricketer, but after switching to athletics he has the opportunity to grab Pakistan’s first individual Olympic medal in more than 30 years.

“Right now there is a chance for me,” Nadeem told AFP as he prepared for next month’s Covid-delayed Tokyo Games.

“If I throw my best then, God willing, I will win a medal.”

Since its first Olympics in London in 1948, Pakistan have won three gold, three silver and two bronze medals in field hockey.

The bronzes won by wrestler Mohammad Bashir in Rome in 1960 and boxer Hussain Shah in Seoul in 1988 are Pakistan’s only individual Olympic medals.

But ahead of next month’s games, Nadeem has the world’s sixth-best javelin throw of the year — a personal best 86.38 metres achieved in April in Iran, where he was forced to travel in order to seek top-flight competition.

The strapping 24-year-old, who ditched cricket for athletics as a teenager, will face tougher opponents in Tokyo, but he said he won’t be fazed.

“I don’t look at any of the other javelin throwers… I don’t focus on them,” he said after a training session in Lahore.

“I focus on myself and how I throw and I try my best — and that is how God honours me.”

Nadeem already has a taste for gold, having stood atop the podium at last year’s South Asian Games in Nepal.

He took bronze at the 2018 Commonwealth Games behind gold-winner Neeraj Chopra of India, the farmer’s son who has thrown the third-longest distance this year.

It hasn’t been an easy path for the 1.87 metre-tall (six feet two inches) Nadeem, who comes from a village in a wheat and cotton-producing area of Punjab.

With sons and daughters put to work early, he had little time for his first love, cricket, and facilities and proper training were scarce.

Despite the difficulties, Nadeem shone as an all-rounder. “I was good,” he said.

“There was a chance for me to be part of the national team, but conditions were such that I couldn’t do it.”

On the advice of a brother, Nadeem turned to athletics — which took less time than days-long cricket matches — trying his hand at a variety of events.

“I even ran in the 100 metres, 200 metres and relay — and thankfully I won about seven to nine events at divisional level.”

Nadeem’s big break came in 2015 when he was taken on by Pakistan’s water and power board, a government authority with a modest budget for nurturing sports talent.

There he was taken under the wing of coach Fayaz Hussain Bukhari.

“He threw well so we gave him a job,” said Bukhari, who has been Nadeem’s coach ever since.

Still, sacrifices had to be made in order to produce a world-class athlete — not least in getting the right diet.

“Yes, food is a big problem… But that is something that needs to be dealt with as part of life,” he said.

Bukhari said getting Nadeem in the right condition for the Games had been difficult during the pandemic.

“Training is the real challenge. He sat at home for a year because of corona,” said the coach.

“All the gyms and stadiums were closed. I had to work him hard to bring him to a point where he could compete and win again.”

Bukhari, who is paid just 15,000 rupees a month (around $100) to look after his charge, said Nadeem was a great student.

“He trains well and is a good learner,” he said, adding: “We are going to do our best, and the rest is in God’s hands.”

Whatever the result in Tokyo, Nadeem knows he can count on the support from his family and neighbours.

“We have a small village which has become famous not just in all of Pakistan but the entire world because of Arshad Nadeem,” he said.

“They are very happy.”