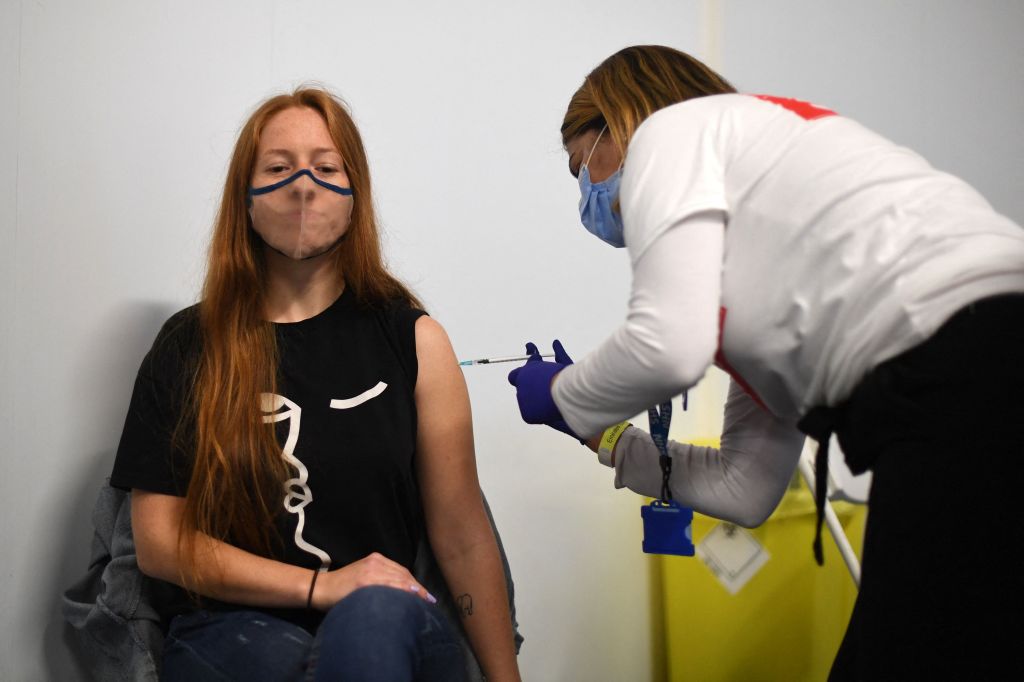 A woman receives a Covid-19 vaccine jab in London. (Photo by DANIEL LEAL-OLIVAS/AFP via Getty Images)
Follow Us

AS MANY as five million Britons could remain locked out of their European holidays because the vaccine they took against Covid-19 is not recognised by the European Union’s passport scheme.

Millions of vaccines administered in the UK are yet to qualify for the EU’s vaccine passport scheme since they have been manufactured in India and the European Medicines Agency (EMA) has not yet authorised them, The Telegraph reported.

The situation could see several Britons getting rejected at EU border crossings once the batch numbers on their vaccines are checked digitally. The EU Digital Covid Certificate, which was launched on Thursday (1), is designed to make safe travel across the continent in times of the Covid-19 pandemic. It doesn’t recognise Covishield, the version of the AstraZeneca vaccine produced by the Serum Institute in India (SII) in Pune, Maharashtra, since it has not received approval in Europe yet.

The UK’s health department has not revealed how many of the India-made vaccine doses have been administered in the UK, but the UK has seen nearly five million doses of this vaccine having been administered and they are identifiable by vaccine batch numbers (4120Z001, 4120Z002, 4120Z003) that are included on the recipients’ vaccine cards and in the Covid travel pass available via the UK’s NHS app, the report said.

The situation has already sparked an outrage in Asia and Africa where the Covishield, a key part of the COVAX initiative, has been widely used. Now, some British holidaymakers may also find themselves being left out.

Another individual, who chose not to be identified, said: “That vaccine passports would be a thing is entirely predictable, so our government should have made sure any they purchased would be recognised for travel everywhere.”

The EU Digital Covid Certificate allows those who are either fully vaccinated, recently tested or recovered from Covid-19 to cross borders within the EU without having to serve quarantine or undertake extra coronavirus tests upon arrival. But only vaccines approved by the EMA are included, though individual member states are free to accept other vaccines as well. Nine European countries have given approval for Covishield amid a tussle between India and the EU over ‘green pass’ for Covid vaccines.

The vaccines approved by EMA are Pfizer-BioNTech, Moderna, Johnson & Johnson, and the version of the Oxford-AstraZeneca vaccine made in the UK or Europe, is sold under the brand name Vaxzevria.

Covishield has not sought Europe license
According to The Telegraph report, there is no indication yet that the Indian-manufactured jab is substandard. The EMA has not authorised it only because the Indian makers have not yet sought a license for the product in Europe since the Indian firm manufacturing Covishield aims to predominantly supply to low- and middle-income countries.

Experts though feel that the issue is likely to be resolved if and when the EMA formally authorises Covishield jab in Europe.

Earlier this week, SII’s chief executive officer Adar Poonawalla said on Wednesday (30) they were confident of getting approval from the EMA for Covishield. According to him, the issue of vaccine passports should be on the basis of reciprocity between countries.

“The EMA is absolutely correct in asking us to apply, which we have through AstraZeneca, our partners, a month ago, and that process has to take its time. An approval process even with UK MHRA, WHO took its time and we have applied to the EMA,” Poonawalla, who moved to London in May after allegedly facing threatening calls from powerful people in India, said at India Global Forum 2021.