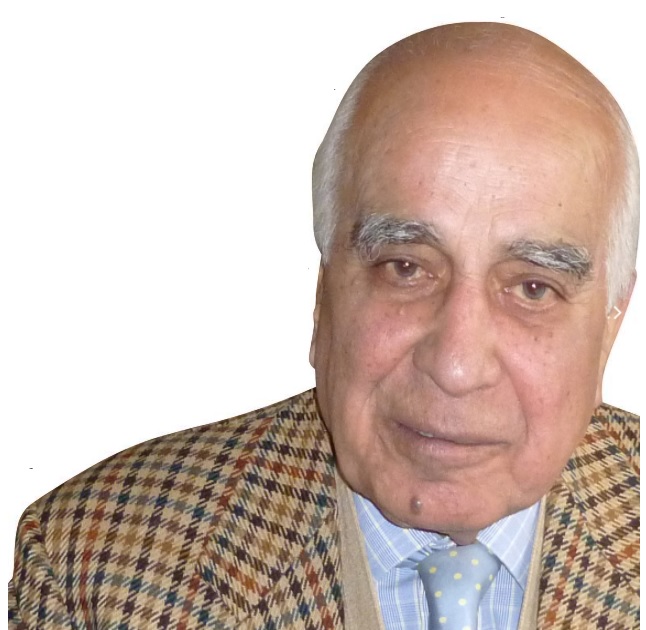 NARINDAR SAROOP, a former Indian army major who died on December 19 in London at the age of 91, played a crucial role over 40 years in laying the foun­dations of the close relationship that exists today between the Conservative party and voters of Indian origin.

In the 1979 general election, he was the first Asian parliamen­tary candidate to represent the Tories in modern times when he stood in Greenwich in London. Saroop performed creditably, getting 12,133 votes to Guy Bar­nett’s 18,975 for Labour.

Margaret Thatcher, who be­came Britain’s first female prime minister by winning that elec­tion, commended him for put­ting up “such a good fight against the odds”.

She also thanked him for set­ting up the Anglo-Asian Conserv­ative Society in 1977 as a way of bridging what was then a yawn­ing chasm between the Tories and the Asian communities.

“The Anglo-Asian Conserva­tive Society under your leader­ship has proved a great value to the party. The Society must now go from strength to strength. It will be as important in govern­ment as in opposition. We must continue to build it up,” she said.

Saroop was chairman of the society from 1977-1980 and from 1983-1987. In time, the society was replaced by the One Nation Forum and eventually, the Conservative Friends of India.

In addition, he was a council­lor in the Royal Borough of Kensington and Chelsea from 1974-1982. He had tried to follow in the foot­steps of Sir Mancherjee Merwanjee Bhowna­gree, a Parsi who served as Tory MP for Bethnal Green North-East between 1895 and 1906.

Although seven decades had passed, it was still hard in Sa­roop’s days for Asians to be picked for win­nable Tory seats – or, for that matter, any constituency at all. Although the party leadership wanted some black and brown faces in the Commons because it had be­come gradually aware of the pow­er of the ethnic bloc vote, its ef­forts were resisted by fiercely au­tonomous constituency parties.

Saroop was not picked for an­other seat, even though he tried to convince everyone he was Tory to his core with patrician lean­ings and positioned himself on the right of the par­ty on issues such as immigration and law and order.

Perhaps Saroop was poking fun at himself, but he once de­scribed himself to the Daily Tele­graph, his newspaper of choice, as “an Englishman of Punjabi ex­traction who sits on a tiger skin rug, wearing a monocle, eating chicken tandoori and humming God Save the Queen – gentlemen always hum, they never whistle”.

He maintained his links with upper-crust Tories through membership of a number of elite gen­tlemen’s clubs, including Cavalry & Guards Club, the Carlton, the Beefsteak and Pratt’s. He was ap­pointed a CBE in 1982, but his abiding ambition of being elevat­ed to the peerage, despite peri­odic lobbying by his friends, was never realised.

In 2014, he set out his political philosophy in a two-part article for Eastern Eye.

He revealed that the idea of the Anglo-Asian Conservative Socie­ty angered Labour politicians be­cause they had not come up with the idea themselves and also be­cause “they felt it was their divine right to have the ethnic vote”.

But Saroop also faced a back­lash from constituency associa­tions which saw the society as a rival group. At its launch at Con­servative Central Office, Lady Birdwood, a known racist and troublemaker, raised ob­jections in remarks addressed to the shadow home secre­tary, Wil­liam Whitelaw, who was sitting alongside Saroop.

“Mr Whitelaw, I think it’s dis­graceful that you should allow this society to be formed, let alone be here to endorse it,” raged Lady Birdwood, who claimed im­migrants brought in TB and oth­er diseases.

When Whitelaw demurred and said he was not in the chair, Sa­roop confronted the Dowager directly: “Lady Birdwood, your late husband would be ashamed of your behaviour today. I re­member him staying with us in the Punjab while recruiting Pun­jabis for the Second World War. They fought gallantly for the Crown, and some of them are here today in fitness and in health. But also did you know that syphilis was unknown in the Himalayas until the arrival of British troops around 1840?”

Saroop arrived in Britain in his 50s after a career in India, first in the army and then in business.

He was born in Hoshiarpur in Punjab on August 14, 1929, the eldest son of Chaudhri Ram Sa­roop, of Ismaila, Rohtak, and Shyam Devi, and a great-nephew of Sir Chottu Ram, who was the pro-British founder of the Indian Unionist Party.

He was educated at the Aitch­ison College for Punjab Chiefs in Lahore and the Indian Military Academy, Dehradun.

Saroop served as a regular of­ficer of the British Indian Army, the 2nd Royal Lancers (Gardner’s Horse) and Queen Victoria’s Own The Poona Horse, retiring with the rank of Major in 1952.

That year he married Ravi Gill, the only surviving child of the Sardar and Sardarni of Prem­garh. This marriage, which ended in divorce in 1967, produced two daughters, Kavita (deceased) and Vaneeta, as well as a son, Vijay (deceased).

His second marriage was to Stephanie Den­ise, the youngest daughter of Alexander and Cynthia Amie Cronopulo of Zakyn­thos, Greece, in 1969.

After leaving the army, he went to Calcutta where he joined Yule Catto, the largest investment bank in India.

“We can convert gentlemen into businessmen,” the chairman Sir Andrew Yule assured him, “but it’s not so easy to do it the other way.”

A salary and perks amounting to £700 included free accommo­dation and servants, member­ship of two Calcutta clubs and six months’ “home leave” in England every three years.

On being sent to London as a management trainee, Saroop de­cided to settle in Britain.

He became a senior executive and director of the multinational Davy Ashmore and Turner & Ne­wall groups, and then worked for such firms as Grays Insurance, Capital Plant International, Clarkson Puckle Group, Banque Belge as well as National Grid and Coutts, while also becoming a supporter of such charities as Oxfam, Macmillan Cancer Relief and others.

In 1985 he wrote A Squire of Hindoostan, a biography of Colo­nel WL Gardner, the founder of his old regiment, and in 2005 an amusing autobiography, The Last Indian: The Destruction of Two Cultures. In the latter he recalled how he had devoted himself to “keeping fools, boredom and so­cialism at bay”.

On one occasion, he baffled an American immigration officer by putting “Gentleman” as his oc­cupation in his entry card.