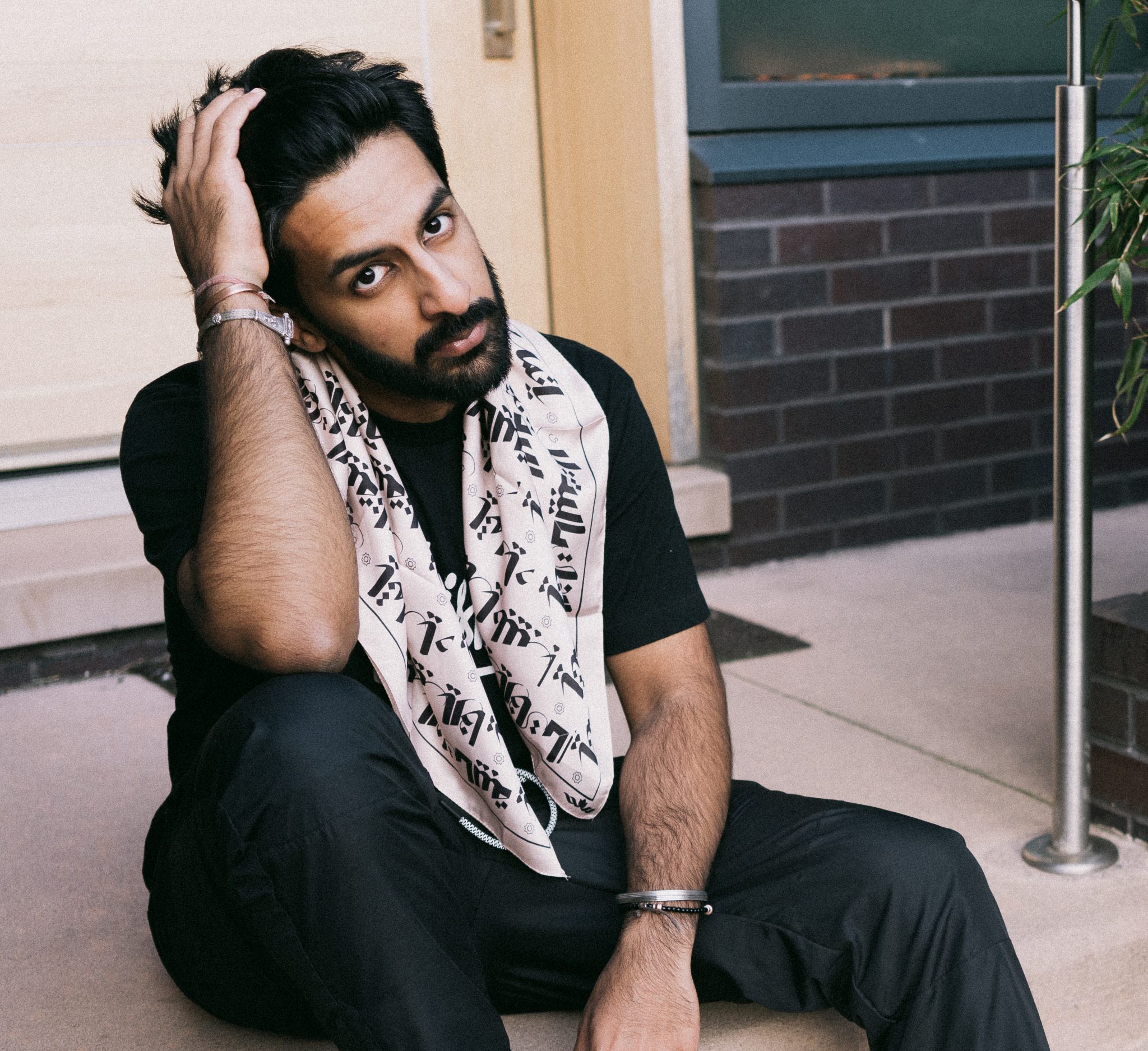 Real name Armaan Gupta, he balances his time between crafting beats with live percussion and melodic instruments from India, and helping artists grow with his label and collective, Nonresident. He went through his mammoth music collection to select 10 songs he loves right now and revealed some hidden gems.

Sinister by Tech Panda & Kenzani: They have been releasing heavy hitters the past year that can help anyone get into a groove. Sinister has been a track I’ve recently been spinning at events and the crowd loves it. I can’t seem to get it out of my head.

KU KU by Omar: The incredibly talented producer out of Los Angeles is the definition of a tastemaker. He has an ear for blending south Asian sounds with global rhythms. I have a habit of dropping KU KU on top of a variety of electronic-based tracks to bring in the Indian flavour.

Jeth Ne Kutti by 2NV & Romey Gill: 2NV absolutely crushed it with his 2020 album, All or Nothing. I play it at least once a month, front to back. As a bhangra dancer, I can’t help but put on the biggest smile when listening to this song.

Dheeray by HYDR & PDNY: This past summer, someone came up to me while I was DJing and asked me to play HDYR’s latest track, as he was at the party. I ended up meeting HDYR later that night and knew his love for music was real. He blessed one of our future stages, alongside PDNY, and I look forward to seeing them grow and fight for the crown in the r’n’b space.

Velli by Indian Cinema, GSING & KAEM: Shameless plug. Last year, while heavily experimenting with different sound spaces, I worked with GSING and KAEM to carefully craft a hard-hitting Punjabi hip hop track that felt like it could be used in a futuristic movie. This was the result.

Kaise by Rusha & Blizza: The incredible duo out of New Delhi have my full attention. Their sound design is unlike anything I’ve come across before. Working on a remix with them as we speak.

Manole by &lez: Manole will always have a special place in my heart. This track was played recently by Black Coffee at his show in the legendary Brooklyn Mirage. His performance changed the way I process sound. As global drum patterns moved a crowd filled with people from all over the world, you could feel the energy rising through every segment.

Her Entrance by Parra For Cuva: The music producer and DJ captured my attention earlier this year with his live set for Cercle at Cañon del Sumidero, Mexico. A beautifully pleasant sound that helps me internally reset and let go of any present anxiety.

Turiya by ShiShi: Blessed to call ShiShi a good friend and partner in the music scene. We first met when Irequested his presence to perform at a music festival, I was organising in New York City. Since then, we’ve organised multiple events throughout North America, bringing unique sounds to every dance floor.

Challa by Hari & Sukhmani: I wish Hari and Sukhmani the best of luck on the beautiful journey that lies ahead of them. What they’re building together is something that I have not seen in a while – beautiful production with immaculate folk vocals, all in-house. Looking forward to seeing them perform live one day.