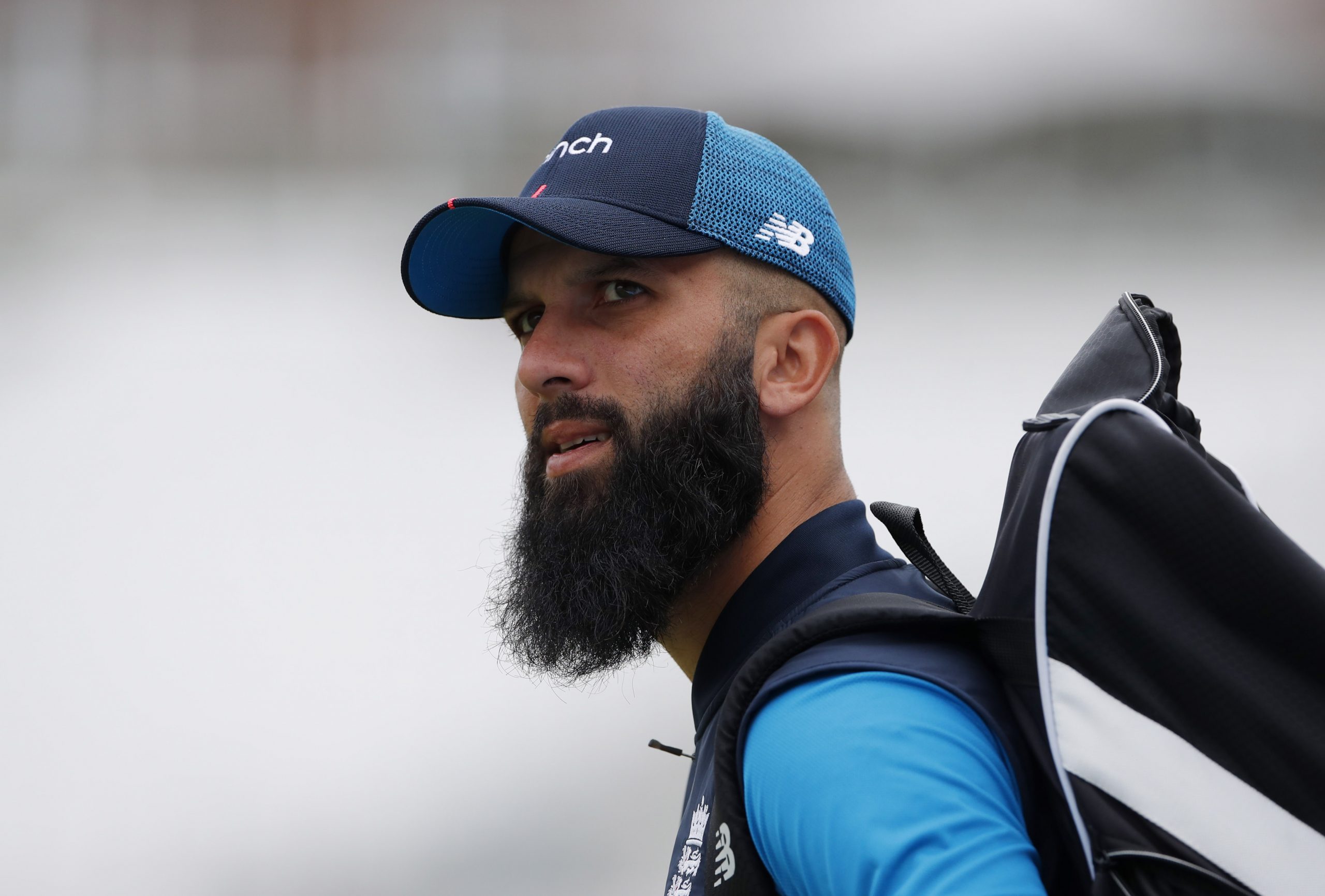 Moeen Ali during a nets session ahead of the fourth Test against India. (Reuters/Andrew Couldridge)

MOEEN ALI has been named England’s vice-captain for the fourth Test against India, starting Thursday (2).

He will be Joe Root’s deputy in absence of Jos Buttler, who will be missing the Test at The Kia Oval due to his wife expecting their second child.

It is Ben Stokes acting as deputy to Root, but the allrounder is currently taking a break from cricket to look after his mental health and give rest to his injured left index finger.

Moeen returned to the England side for the second Test against India and in two matches he has scored 48 runs and taken four wickets.

The 34-year-old has captained England in a T20 International against Australia last year, while leading Worcestershire to the Vitality Blast title in 2018. In the Hundred this season, he led Birmingham Phoenix to the finals.

“Moeen is a natural leader,” Root said and added: “He is someone the team gravitates towards for a number of reasons but one of them is the way he understands the game.

“You saw the conversations him and Jimmy [Anderson] were having in the last game at crucial points.

“He has a brilliant cricketing brain and has done wonderfully well [as captain] in domestic cricket and for England in the shorter formats.

“I am really excited for him and I think he is absolutely the right man for the role. It is thoroughly deserved with how he goes about the game and what he offers to the team.

“He seemed pretty excited and I am sure he will be looking forward to getting the DRS signal out when I am off the field at some point!”

England have drawn level in the five-match series after winning the third Test in Leeds by an innings-and-76-runs.

India won the second Test at Lord’s by 151 runs after the opening game of the series, at Trent Bridge, ended in a draw.