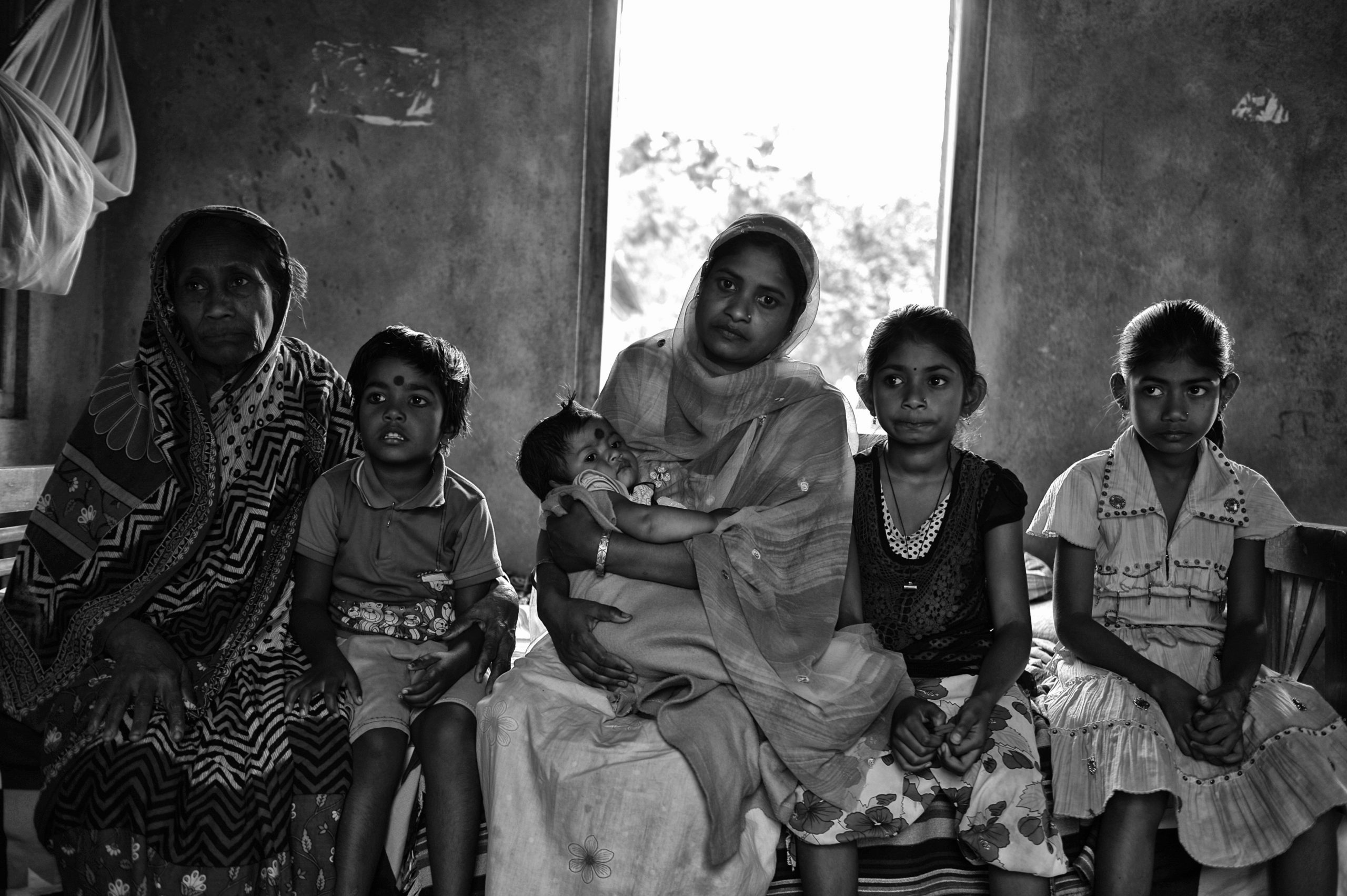 LOSS AND PAIN: Midnight’s Borders explores the untold stories of those affected by the country’s many contested borders. (Photo credit: Suchitra Vijayan)

AN AUTHOR has reflected upon her eight-year journey across India’s disputed land borders, meeting individuals affected by the divisions.

Described as the “first true people’s history of modern India”, Midnight’s Borders explores the untold stories of those affected by the country’s many contested borders. From Pakistan to Afghanistan, the book is a result of an eight-year journey taken by author Suchitra Vijayan.

Reflecting upon the experience, she admitted she “would advise no one to do a similar thing”. “I was in my 20s when I started (the trip) and now I’m in my 30s, I don’t know if I would have the courage or the craziness to do something like this
now,” Vijayan told Eastern Eye.

Initially, she believed the journey would take her a few months. Little did she realise it would take eight years and more than 9,000 miles. Featured in the book are numerous stories of those affected by the border divisions – from a woman who fought to keep a military bunker off her land, to those living abroad who can no longer find their family history in India.

The opportunity to converse with people who have suffered loss and trauma is not lost on Vijayan. It was not a necessity that interviewees shared past painful experiences, but she thanked them for willingly sharing their stories with her.

“One thing I never understood is why is it these people were still willing to sit down and speak to me,” she said. “Why should someone narrate their trauma to you? I’m still trying to make sense of that generosity – despite going through what they’ve gone through, people will sit with you and try and make sense of their world. It’s something I always want to value.”

Due to the subject matter, the process did not come without serious challenges. Vijayan genuinely worried for the wellbeing of some of those featured. Protecting the interviewees was important and the names and geography of their location are both kept vague, she said. Some individuals were taken out of the final editions due to concerns for their safety. “These were the decisions we had to make because it was important to protect the people in the book,” she said.

There are other concerns too. The publication of the books coincides with the devastating second wave of the coronavirus pandemic in India. There have been a record number of Covid cases and deaths across the country.

Although she is happy about the publication of Midnight’s Borders, Vijayan is also “deeply concerned” for the wellbeing of interviewees as she knows their lives are going to be made “infinitely harder” by the ongoing crisis. “There’s a sense of sadness and grief,” she said. “How do you promote a book when you know that hundreds of thousands of people are going through what they’re going through?”

During her time documenting the country, she saw the ways in which India shifted over the years. For one, the Bharatiya Janata Party (BJP) party won the general election in 2014. Led by prime minister Narendra Modi, it has been accused of discriminating against India’s minority groups.

“India changed from what it used to be (when I first arrived),” Vijayan claimed. “Today, we have a very authoritarian fascist regime with the government – the violence against Muslims, minorities and Dalits keeps increasing, for instance. There’s an absolute institutional takeover, an erosion of rights, in some ways, and I was experiencing all of this as I was travelling through.”

Growing up, Vijayan was raised in southern India. Within Midnight’s Borders, she contrasts the Indian history she learned in school with what she discovered among people living in the contested regions. She can recall being taught about India’s fight for freedom from the British and there was an emphasis on how their fight differed to those in Pakistan and Bangladesh.

She knew little about what was happening in India’s northeast and the history of Kashmir, Vijayan said. “What we were taught in school was very, very different from what other communities were really going through or experiencing,” she added.

The journalist made the point that many history books on India are written by authors who do not tend to “be very different from the British elite who once wrote about it”. It was important for her book to not view India from a British colonial lens and instead focus upon the lived experiences of people. “(That focus) is hard because history is hard,” she said. “Trying to hold on to histories of migration and loss is hard.”

Although now living in the US, Vijayan emphasised her love for the subcontinent.
They are “her people,” she said. “It doesn’t matter if they’re in India, Pakistan or Bangladesh,” she said. “I do not know another group of people so remarkable, so full of wit and joy, despite the great sadness that’s been thrust upon them for generations.”

Midnight’s Borders: A People’s History of Modern India by Suchitra Vijayan is out on May 27