‘Acting is a curse you are addicted to!’, says Manoj Bajpayee.

HE MAY be regarded as one of the most technically-gifted actors working in India today,
but Manoj Bajpayee is also really hardworking and massively in-demand.

So far this year, he has starred in four commercial Bollywood films, including recent release
Satyamev Jayate. He also plays key roles in two acclaimed movies currently delighting
audiences on the international festival circuits and ones that show off his immense range.

In The Shadows sees him star as a reclusive shopkeeper losing his grasp on reality, who must venture out when he thinks a boy’s life is in danger. In Love Sonia, he has the role of a brutal gangster forcibly trafficking girls in the sex trade. Both films are due for release next month.

Eastern Eye caught up with the award-winning star in London. He was on fine form as he spoke about cinema, secrets of a good performance, the roots of his unpredictability and more…

You are my favourite actor, but what is the root of your unpredictability? Do you like to challenge yourself, do you get bored easily, what is it?
(Laughs) You have said it Asjad, and even I have never been able to define it myself so
beautifully in one line. Yes, I get bored easily and that includes at a very big party also.

You put me in a party and sometimes I will drink too much wine just because I am bored,
because for me the party has become monotonous. I am very restless and want things to happen all the time, but in a fashion that is very new.

What is the secret of your ability to get under the skin of characters and give such great performances?
I don’t know any other way! That is the way I have been educated in theatre by my teacher
and all the directors I have worked with. Also somewhere I feel greats like Marlon Brando,
Naseeruddin Shah, Om Puri, Robert De Niro and Al Pacino have impacted me quite a lot.

All of their methods, if you get into the research, revolved around hard work. I still remember one shot of De Niro looking into the rear view mirror in Taxi Driver – that shot never left me.

Which of your characters has given you the most satisfaction?
There are too many because I have been patient in choosing the scripts. I chose them if they posed a challenge. But yes, the one that has completely tested me, my skill and pushed me to go beyond the limits is In The Shadows, which is on at the festivals,
because it is a very complex character.

Why was it so challenging?
Because you are talking about someone who is contradicting himself all the time! He is thinking in one direction and another at the same time. To get that type of a mental zone into a body was the most difficult aspect.

I had completely cut myself off from the rest of the world when I shot for this film. Every
day was torture, and by the 28th day I said to my director: ‘Let’s finish it off, I am numb’

You seem like someone who enjoys the torture of being consumed by a challenging character…
In all the workshops I conduct, I tell the students you will enjoy the perks like dressing up
for a nice premiere, but barring that it is a curse being an actor. (Smiles) But it is a curse
that you become addicted to.

How do you get yourself into the mind of a challenging character like the reclusive one you play in In The Shadows, where most of his angst is internal?
The method is not a tablet you swallow and it just comes to you. It always starts with reading the script as many times as possible and start noting down everything you are getting with every reading. That is where your process starts.

Any actor who thinks he is spontaneous and doesn’t need to read the script is lazy. He is
only relying upon something from the director coming to him for him to perform. Naseeruddin Shah says it very beautifully, that all the answers are hidden in a script provided you read it as many times as possible. That is like bible words for me and what I do.

You go through it physically and in your mind. When it becomes a habit, the character
starts coming to you very easily.

You said there isn’t a dream role, but do you have one?
It was Hamlet when I was doing theatre, but now I am too old for that. In terms of film, it is a role that has been done a number of times, and that is Devdas.

When I saw Devdas as a child I wanted to play that role, but sadly for me so many versions
of that have been made and nobody thought of taking me.

What about another real life person?
I have done Aligarh and I think no real life person is as nice as the character I have played in that. What a beautiful character I got to play. I really thank (director) Hansal Mehta every day for giving that role to me.

You play a powerful role in cross-over film Love Sonia; will you be doing more international projects now?
(Laughs) I would love to get out and do different stuff for other parts of the world. Love Sonia is one effort in that direction and I also wanted to do this because the team behind it
are so driven. They want to do well and take the film to each and every corner of the world
possible. This is the kind of makers I like.

I don’t like those indulgent filmmakers who say: ‘I have made my movie, what shall I do with it?’ I want my filmmakers to be great entrepreneurs when it comes to taking their movie everywhere. This is where Dipesh Jain is fantastic; he has made a difficult film like In The Shadows. He is such a brilliant writer and guy, but is also taking the movie to international festivals and is promoting it in a beautifully-aggressive way.

A director and actor should be indulgent in not only the making, but they should be aggressive to sell the film and take it to every corner of the world.

What are your future hopes for Indian cinema?
Things have changed drastically and for the better in this decade actually. It is also because
of a few good filmmakers and their conviction and aggressiveness. Filmmakers like Anurag
Kashyap, Dibakar Banerjee and others have taken their cue from the likes of Mani Ratnam,
Ram Gopal Verma and Shekhar Kapur. They are taking their movies all over the world.

All the new filmmakers are being inspired by all these and doing very well. So India is telling new stories in different languages and showing it’s a beautiful country with so much diversity. This is where we are so different to any other country in the world.

What are your favourite films?
I keep watching films so there are so many! When I was coming to London I saw three on the flight. That is the kind of commitment I have to watching movies. On my flight I enjoyed Phantom Thread and A Death In The Gunj, which is a beautiful film by Konkona Sen Sharma.

In terms of my all-time favourites, I would say Casablanca, On The Waterfront, Taxi Driver,
Raging Bull and The Godfather. From India, I would say Garam Hawa, Mughal-e-Azam and
Dilip Kumar’s Devdas. I love most of the films starring Naseeruddin Shah and Om Puri because for me they are gods.

JP Dutta: Making ‘tales that have to be told’

THE war genre will forever be associated with Bollywood director JP Dutta. He is now following up his ambitious war epics Border (1997) and LOC Kargil (2003) with soon-to-be-released film Paltan, which is a 1967 set story of a forgotten battle between India and China.

“I remember when I released Border, I said I would never make another war film because hopefully there will never be another war I will have to reflect on. But it so happened we got 1999 Kargil and I had to make LOC Kargil. Then I promised you all I would make a (war) trilogy so I decided to compl-ete my promise when I fell upon this incident,” said Dutta.

The incident he is talking about is the Nathu La military clashes of 1967, which took place along the Sikkim border. The Chinese had won the 1962 war and decided to push forward by taking further territories and had their eyes set on Nathu La, but one brave Indian major general said he wouldn’t leave and took on the invading army with four battalions. “Had we given Nathu La, Sikkim would not have been part of our country today,” said Dutta.

The director explained Paltan is an ode to his country and showcases the brotherhood Indian soldiers have when going beyond the call of duty to serve their motherland.

“All my actors put in all they possibly could. They were very aware of one thing, which I kept telling them, remember you are walking in the footsteps of heroes who gave you this victory, so give it full respect and give it all that you have. They did that.”

The director is surprised that a heroic battle where India fought off the mighty power of China has been lost to history and hopes a new generation will find out more about it.

“These are tales that have to be told, and what better way than cinema so I decided to pick this up. I don’t know why this chapter was almost put under the carpet. That question haunts me even today. I have asked many a people in the ministry of defence and corridors of power. I questioned them why this (victory) was kept so low.”

This is the first film that Dutta has directed in 12 years. The director said he is happiest when on set and feels it is a calling from a higher power to keep memories of heroes alive through cinema. He said: “I think I have been sent to make my soldiers immortal.”

Tribute to the human spirit 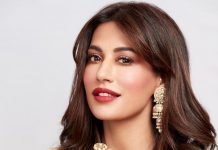 Falling in love with cinema all over again