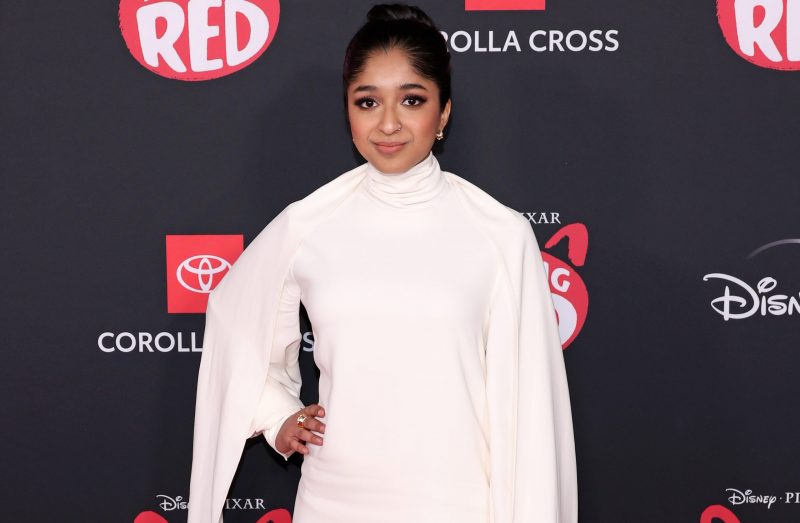 Maitreyi Ramakrishnan, who rose to global fame after starring in two seasons of Netflix’s successful show Never Have I Ever, is excited about her film Turning Red. Directed by Domee Shi, the Oscar-winning filmmaker of the short film Bao, the coming-of-age film by Pixar also features Sandra Oh and Rosalie Chiang in important roles.

When asked about her take on female friendships in the film, Ramakrishnan said during a press conference, “I love that we show the importance of four young girls being supportive of each other just to show good female friendships.”

She continued, “With TV and film, we always portray that your love interest is the one that you should be closer with. You know like that’s the real bond. That always made me sort of sceptical because wouldn’t the childhood best friend know you better? They know what your favourite ice cream flavour is, they know what to do when you’re having a breakdown. That’s important.”

Talking about the film, director Domee Shi said, “The inspiration behind Turning Red just came from my own life growing up in the early aughts. A Chinese-Canadian, dorky, sassy, nerdy girl who thought she had everything under control. She was her mom’s good little girl, and then boom, puberty hit, and I was bigger, I was hairier, was hungry all the time. I was a hormonal mess, and I was fighting with my mom every other day. And making this film was kind of my chance to go back to that time.”

Turning Red revolves around Mei Lee, a Chinese-Canadian brilliant teenager who is an all-rounder at school and an obedient daughter as the protagonist of the store. When she realises that, on top of all the life changes she is going through, she also has the capacity to transform into a fairly enormous red panda whenever her emotions are heightened, her life is turned upside down.

Turning Red is scheduled to premiere on Disney+ Hotstar on March 11th.