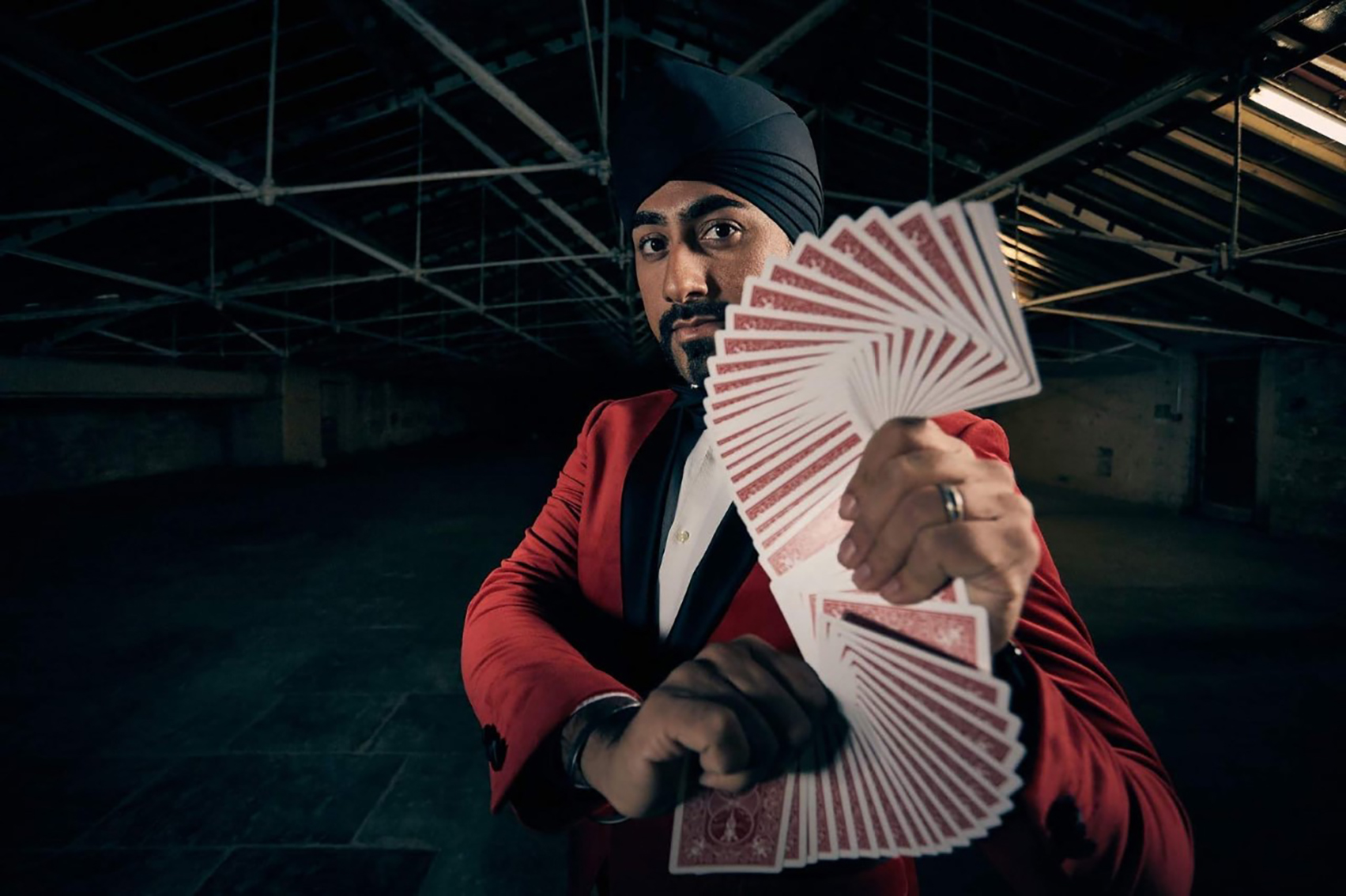 BRILLIANT CONJURER IS ALL EXCITED ABOUT HIS WEST END DEBUT

THE West End in London has reopened, and the most magical stage show is the electrifying Wonderville.

How do you look back on your journey?
I honestly look back at my journey with pride and excitement. If you would have told me I would be performing on stage in London’s West End at a prestigious theatre, I don’t think I would have believed you. But that is why I love what I do and where it has bought me, that’s what magic is about, isn’t it? Anything is possible.

You are at your best in front of an audience. So, how have you coped with lockdown?
It was tough! I was okay at the beginning as it was all new and I catered my show in a virtual way, so that was new and exciting. However, by the beginning of this year I was feeling a little isolated and missed just being among people and seeing real-life reactions – that’s the main reason I got into magic.

What has been your most memorable live performance?
It would have to be performing for Aamir Khan, and his A-list guests! The relaxed mood and genuine interest in my magic blew me away. In my eyes he was the star, but he made me feel every bit the superstar, which I will never forget.

What was it like performing for stars like Aamir Khan and Sachin Tendulkar in Mumbai?
It was surreal! These were people I grew up watching, and whom I worshipped. They were very humble and sweet and made me feel welcome. It’s an experience I will never forget.

How much are you looking forward to being part of Wonderville?
This is a milestone for me, so looking forward to it is an understatement! I also have an overwhelming feeling of gratitude, being able to represent our culture and being a turban-wearing Sikh performing on stage is something I will hold in my heart forever.

What can we expect from your Wonderville set?
Something magical, which you will not forget.

Does being on the same bill as great magicians and illusionists put pressure on you or inspire you?
The pressure is there I can assure you. However, I channel that energy into inspiration. We are a team, and I don’t want to let anyone down, so I will work my hardest to put on a spectacular show, which I know the rest of the team are also hard at work creating.

How does this compare to other shows you have done?
As I said, this is a milestone, so it’s a big one for me. But the only way I will get through it is by treating it just as I have my other shows and get down to the hard work. To really give my all so everyone remembers Magic Singh.

How does it feel that this will be the first new West End show to open with 100 per cent capacity?
I am thrilled that we are reaching normality and we can offer shows as we did pre-Covid! It’s worth the wait!

Do you ever get nervous before a performance or on stage?
Always! I don’t want to ever reach a time where I am no longer nervous as this is what gets me ready and is part of the excitement. The butterflies, the endorphins and heart pumping are some of my favourite parts of performing!

How do you create new tricks?
I get inspiration from cinema, music, art, and magic icons whom I grew up watching. I then take the old and combine it with what’s relevant today and make my own.

What inspires you?
Cinema, photography and making people believe that anything is possible. I love taking an idea or concept and making it real.

What else can we expect from you this year?
(Smiles) A lot of magic!

Why should we all come to the Wonderville show?
To remind you that magic is real.

Wonderville is on at the Palace Theatre until August 30. Magic Singh is scheduled to guest star July 21-26 and August 11-16. Visit Twitter, Instagram & Facebook: @WondervilleLive and www.nimaxtheatres.com