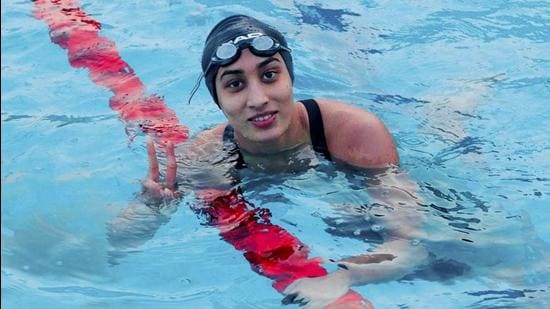 Maana Patel said she was thrilled to become the first Indian female swimmer ever to qualify for the Olympics, having faced pool closures and a harsh lockdown as she prepared for the Tokyo Games during the COVID-19 pandemic.

Patel, 21, will compete in Tokyo in the women’s 100m backstroke after world governing body FINA approved her participation under the universality quota following some strong performances in European meets in the last three months.

“I am very, very thrilled,” she told Reuters in the western Indian city of Ahmedabad during a practice session.

“I am honoured and humbled to represent my country at the Olympics this year. But I believe this is just the beginning for me and there is a long way to go … many more medals to win for India.”

The universality quota allows one female and male participant each from a country to take part in the Olympics, provided no other swimmer from the same gender qualifies for the competition through the normal process.

The pandemic swept the world’s second-most populous nation last year, leaving athletes in India stuck in a lengthy shutdown and then the infections surged again in a devastating second wave in 2021.

Pools were shut down during the lockdown leaving the swimmers in a lurch with their preparations hit for the Tokyo Games, which were postponed by a year.

“I kept myself fit by exercising at home, eating good food – clean, healthy food, and kept a positive mindset by reading books.”

She was the third Indian swimmer to qualify for the Tokyo Games after men’s athletes Srihari Nataraj and Sajan Prakash also made the cut.

Patel won a gold medal at a meet in Uzbekistan in April and then competed in Serbia and Italy. At the Belgrade meet, she set a new national record and a personal best of one minute 03.77 seconds in 100m backstroke.

“When I was 13, I got the Indian best time in 150 and 250 metres backstroke and from then there has been no looking back,” she added.